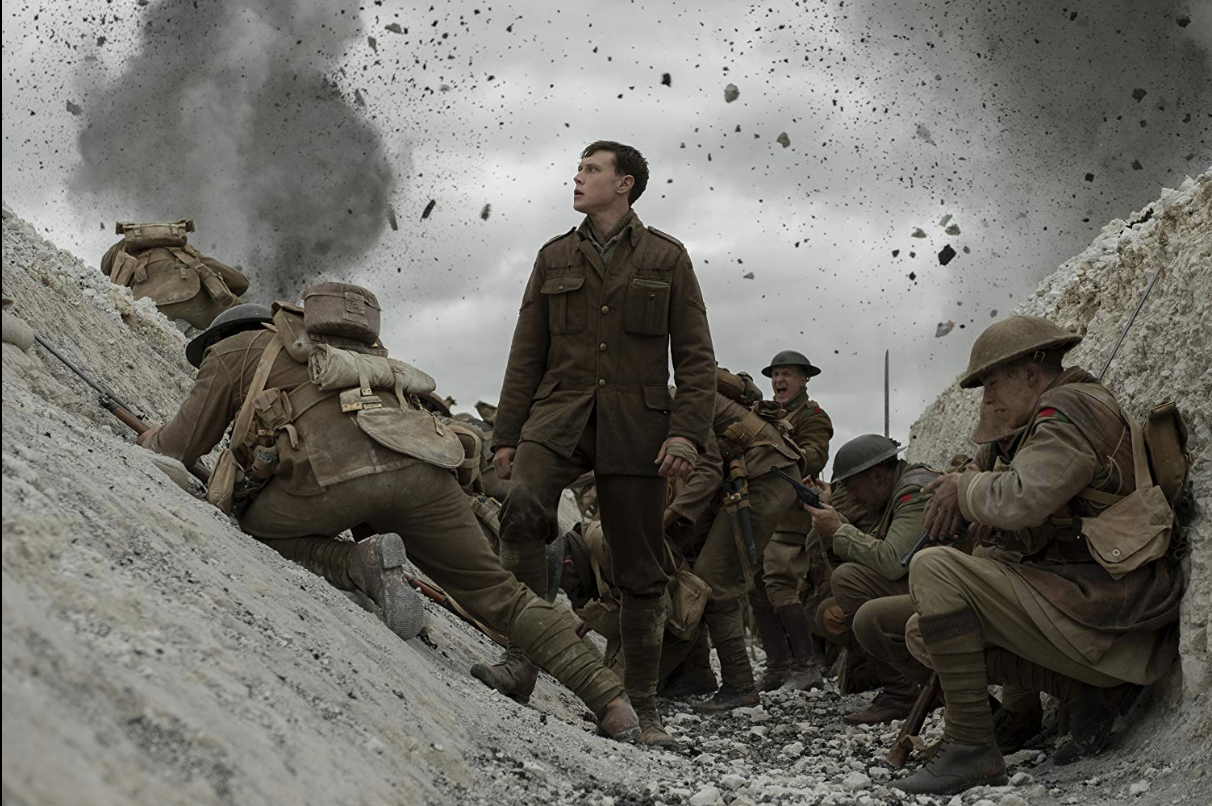 MEGAN BASHAM, HOST: And I’m Megan Basham. Coming next on The World and Everything in It: Some surprise wins at the Golden Globes Sunday catapulted war drama 1917 to the front of the Oscar race for Best Picture.

Rated R for realistic violence and somewhat less realistic language, it tells the harrowing tale of two British soldiers in World War I.

Writer/director Sam Mendes, best known for the recent Bond films, based the script on a family legend. And he dedicates the film to his grandfather, who fought in World War I.

I mention this because 1917 is as much about the stories we tell about war as about this particular war. In what appears to be a single camera take, it follows two soldiers entrusted to deliver a vital message that will hinder the German’s plans for the notorious Operation Alberich.

CLIP: Your orders are to get to the second at Croisilles Wood, one mile southeast of the town of Ecoust. Deliver this to Colonel McKenzie. It is a direct order to call off tomorrow morning’s attack. If you don’t, it will be a massacre. We will lose to battalions, 1,600 men, your brother among them. Do you think you can get there in time? Yes sir.

The story’s origins as a sort of war myth—told and told again over years, perhaps growing and becoming neater and more embellished in the telling—affects the overall tone. As the film goes on, turns in plot feel too contrived to be accurate. But that’s only a drawback if you expect 1917 to function like other great war dramas such as Saving Private Ryan or All Quiet on the Western Front. It seems fairly clear that Mendes’ aim isn’t to give viewers another gritty, realistic experience of what it’s like to actually take part in battle.

Strange as it is to say, there’s a fairytale quality amidst the carnage. Far more than last year’s Tolkien, 1917 had me imagining how actual combat—the sound and sight of it—shaped the greatest fantasy epic modern English has ever known.

As we follow Lance Corporals Schofield and Blake, we hear how the stories of generations are already beginning to take root.

CLIP: Did you hear that story about Wilco? How he lost his ear? I’m not in the mood. Keep your eyes on the trees. Top of the ridge. But he told you it was shrapnel. What was it then? Well, you know his girl’s a hairdresser, right? And he was moaning about the lack of bathing facilities when he wrote to her. anyway, she sends them over this hair oil, smells sweet, like golden syrup. Wilco loves the smell and he doesn’t want to pass it around that he is happened. So, he slathers it all over his bonnet goes to sleep. In the middle of the night he wakes up and a rat is sitting on his shoulder licking the oil off his head. Wilco panics and he jumps up and when he does the rat bites clean through his ear and runs off with it.

This wandering-while-not-exactly-lost culminates in an extended scene that functions as the film’s visual thesis. Schofield drifts along a river as spring blossoms float above him like snow. The shallow he comes to rest in after this idyllic vision, however, is a horror. Pale, bloated casualties—like the faces of the Dead Marshes on the road to Mordor—hem him in on every side. Crawling out of this morass, his attention is caught by a haunting, otherworldly tenor, singing of heaven. He follows it to find silent warriors sitting amongst still trees, contemplating their deaths.

The battles a nation chooses can reveal its character. The tales its people tell about those battles go on revealing it.