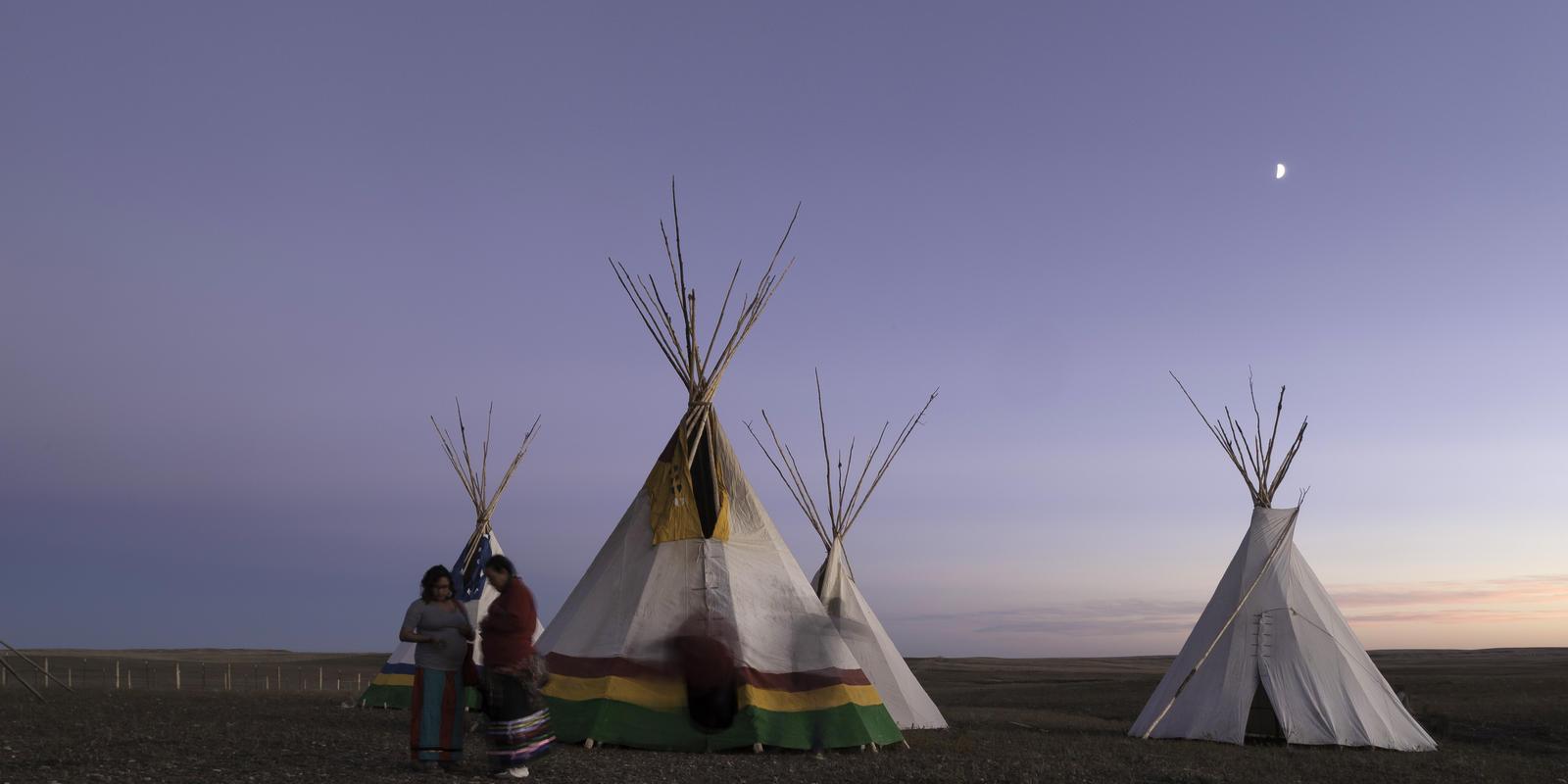 NICK EICHER, HOST: It’s Thursday, the 12th of December, 2019. Glad to have you along for today’s edition of The World and Everything in It. Good morning, I’m Nick Eicher.

Forty years ago, Congress passed the Indian Child Welfare Act, or ICWA. It was meant to remedy bias against Native American families.

Beginning in the late 1800s, many Native American children were taken away from their families to be raised by white families. ICWA’s job was to keep Indian families together and preserve tribal authority.

EICHER: Under ICWA, if a child in custody proceedings has Native American heritage, ICWA supersedes state law. So first preference goes to a member of the child’s extended family, then to other members of the child’s tribe. As a last resort, if no one comes forward, the child can go to a non-Native family.

SARAH SCHWEINSBERG, REPORTER: Caleb and Becca Olfert began fostering soon after their first child was born. In 2013, they moved near the Fort Peck Indian Reservation in Northeast Montana.

BECCA: We started farming here and before we even like got settled in our house we were already receiving phone calls.

That meant state social workers started doing everything they could to place the brother and sister with blood relatives.

BECCA: They started visits with birth mom, and she was proved that she cannot parent.

Then they contacted one of the children’s dads.

BECCA: Then he just decided they were in a good home and he wanted to keep them here.

No extended relatives offered to take the children either. By then the siblings had been in the Olfert’s home for more than two years, so they moved to adopt. The family completed the state’s adoption process, but under ICWA, there was one last step.

The state had to run ads in a newspaper for six weeks to let any tribe members know they could still take the children. In the summer of 2016, a great aunt heard about the ad.

BECCA: And within weeks they were gone after two and a half years, and she has them.

Becca and Caleb Olfert say they understand the goal of foster care is the reunification of families. But the children were well-adjusted to their home and a part of their family. The great-aunt was a stranger.

Mark Fiddler is a member of the Turtle Mountain Band of Chippewa Indians. He’s also a Minnesota-based foster and adoption lawyer. He turned against ICWA after he saw situations like the Olferts’.

FIDDLER: I was seeing kids that were securely attached to their non-Indian caregivers and tribes were disregarding that attachment and saying that it didn’t matter. Cultural preservation was the goal as opposed to attachment preservation of the child.

Fiddler says that approach does nothing to preserve tribal identity and culture.

FIDDLER: If Indian children grow up with attachment problems there, they have a harder time forming relationships in the future. And a harder time reconnecting with a tribal culture and other people whose relationships that they depend on for cultural connections.

Last year, a Texas district judge ruled in favor of the suit’s original plaintiffs in Brackeen vs. Bernhardt, overturning ICWA. Then in August, a 5th Circuit panel reversed that ruling. But, last month, the 5th Circuit announced a majority of its judges had agreed to review the case before the entire bench.

Marcia Zug is a professor of American Indian law at the University of South Carolina. Zug says Native American children are still removed from their homes at disproportionately high levels. And a chronic shortage of Native American foster homes means states often place children with non-Native families. Without ICWA, Zug argues, children wouldn’t come back to the tribe.

And Zug says Natives have to be treated differently by the law because of what happened to them at the hands of the federal government.

ZUG: They didn’t make this choice to have, you know, their families destroyed. And this relentless assault on their culture, and it really does require a different analysis because of that.

But lawyer Mark Fiddler says ICWA has always misidentified the problem. Federal policy toward Native Americans broke down families. And until they are strengthened again, ICWA won’t fix anything.

In the meantime, children will continue to be placed according to ICWA priorities. Becca and Caleb Olfert’s sister-in-law, Mindy Olfert, also had a Native foster child removed under ICWA earlier this year.

The girl came to the family when she was eight days old. The family tried to adopt her, but under ICWA, a relative eventually came forward. When the girl left, she was nearly 3. The family’s hearts are broken, but Mindy Olfert says she doesn’t despair.

MINDY: We know beyond a shadow of a doubt that God is God and He is good, and he has a good plan for these kiddos, so we trust Him with them.