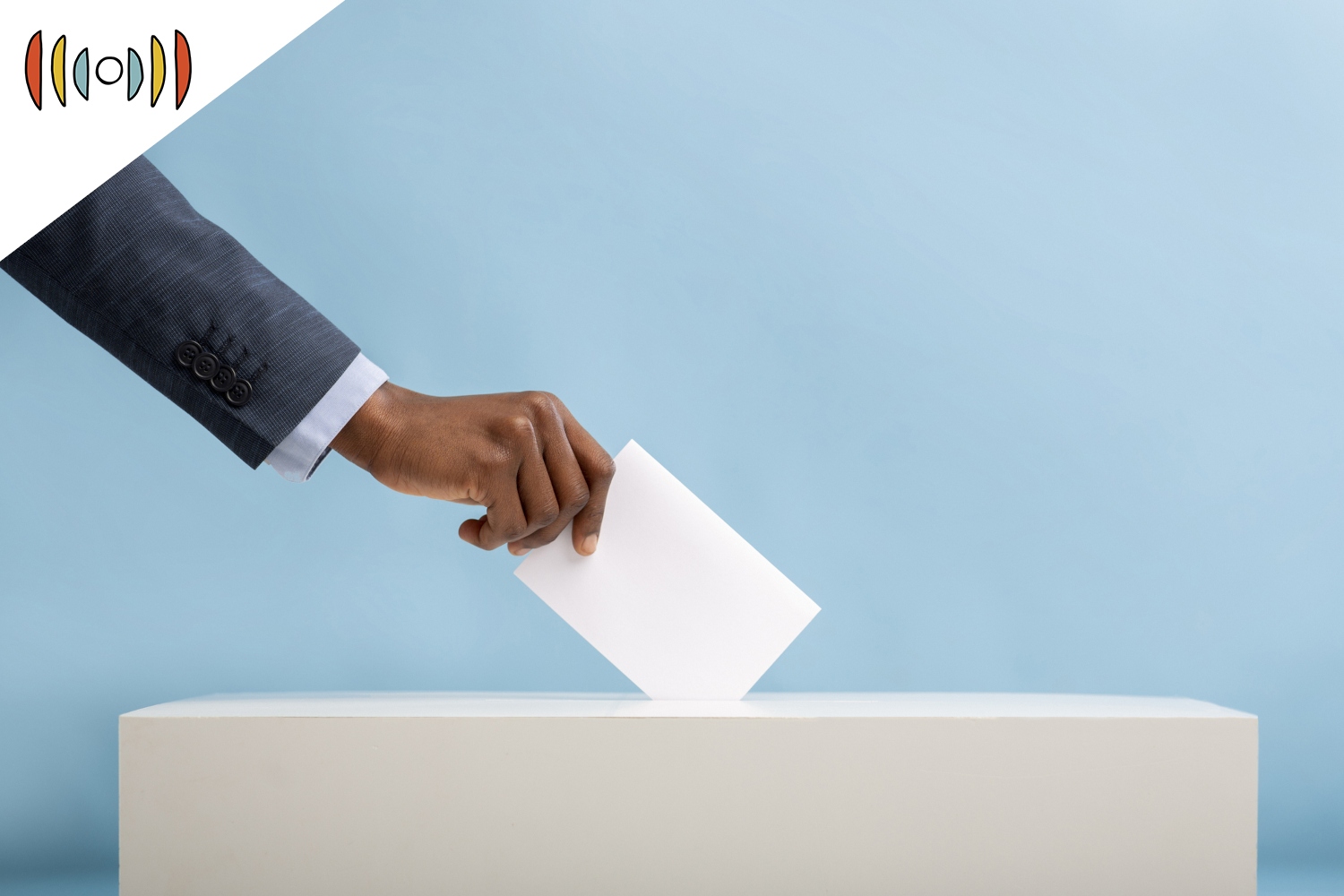 MYRNA BROWN, HOST: Next up: The battle over new voting laws in states led by Republicans.

Texas Democrats over the weekend walked out of the state House of Representatives, where Republicans hold the majority. Democratic Representative Chris Turner said they did it to block Republicans from passing a new elections bill.

TURNER: Democrats used the last tool available to us. We denied them the quorum that they need to pass this bill and we killed that bill.

MARY REICHARD, HOST: In response, Republican Gov. Greg Abbott announced he would order a special session to get the bill passed.

The bill in question would, among other things, bring an end to new voting accommodations introduced during the pandemic. Lt. Gov. Dan Patrick said this week...

BROWN: The bill would also tighten rules on mail-in voting. And block local officials from sending ballot applications to anyone who didn’t request one.

Republicans say the changes made to accommodate the pandemic needed reform. The changes now are designed to protect the integrity of future elections.

But Democrats, like state Representative Nicole Collier, say the effort is really about making it tougher for minorities to vote.

REICHARD: Cutting through the politics and the noise here—what would this bill actually do or not do? Here to help answer that question is Professor Kevin Sims. He is Senior Professor of Political Science at Cedarville University. Good morning!

REICHARD: Professor, we mentioned just a few of the provisions in this bill. But give us a synopsis of what’s in this legislation.

SIMS: I will. The bill is intended by the Texas Legislature to really update their voting laws post-pandemic. So they put a number of things into place during the pandemic to make voting easier. So that is where you get these extended voting hours, you get ballots that can be turned in just almost at any time, any place, you know, extended days for that—all of that to reduce things like that, well, they had drive thru voting, social distancing.

So, the pandemic hopefully is behind us. So what the Texas Legislature says to do is, okay, let's update everything post-pandemic, let's make it work again. So things like 24 hour voting, yep, that would go. Republicans say we don't need to do that anymore. People can get to a polling place. You’ve got about 12 hours for a polling place to be open, you can get there, you can vote.

So that's really what it's intended to do is do away with some of the restrictions on the pandemic and bring it into conformity with really where largely the rest of the country.

REICHARD: Now, with regard to the voting window on Sundays, Republicans have actually walked back a portion of this bill just in the last couple of days. The bill had limited early voting on Sunday to 1 to 9 pm. Critics charged that aimed to curb get-out-the vote efforts at black churches. And Republicans now say that was actually an error in the legislation?

SIMS: Yeah, and, you know, it was there. They changed the polling place time from—you're correct—from one o'clock to nine o'clock. Black churches traditionally have used a thing called soul to the poll. S-o-u-l. Soul to the poll where they would meet maybe with your congregation at nine o'clock in the morning and take them to the polls in a car caravan to the polls and you’d all vote together. Well, that gets lost if you don't start till one o'clock. Republican response to that initially was, Well, hey, poll workers want to go to church, so we should allow them opportunity to go to church. Well, maybe but you know what you go to church, a lot of these people go to church on Saturday, there are early morning services, that was really a pretty weak argument, pretty lame. I think that will probably disappear and you'll go back to having polling places open on Sunday, probably from seven to seven, or from nine to nine, something like that. So I think that will probably disappear.

REICHARD: It would bar 24-hour and drive-through voting. And as we mentioned, it would also tighten rules on mail-in voting. How so?

SIMS: You saw this not only in Texas, you saw it in Georgia, I think in Florida, where you could mail-in—ballots got sent out to everyone who were registered to vote. You didn’t even have to request the thing. You may not have voted for five years. You may have been dead for four those five years but you're still registered to vote, well, you got a ballot in the mail. So it was rife for fraud. So the changes would be that you can get a mail-in ballot, but you must request it. One of the things they did away with which I think is really very good is did away with signature validation. So all you need to do now is simply provide something like a number off your driver's license, or the last four digits of Social Security. So we're not looking for signatures to match and all that kind of stuff.

REICHARD: In Georgia, where they just passed new rules around mail-in voting, Gov. Brian Kemp, in defending legislation there cited New York’s absentee ballot laws. He said you have to have an excuse there to vote absentee, whereas that’s not the case in his state. Assuming this Texas bill becomes law, how would it compare to the mail-in ballot rules in other states around the country?

SIMS: That's a good question. Interestingly, this for mail-in ballots would be less restricting than some of the states, even in the northeast, blue states, Democrat states—Delaware, New Jersey, New York, all of those states are actually somewhat more restrictive than Texas would be or Georgia. Colorado. That's been the debate over moving the All-Star game from Atlanta to Denver. Denver is actually more restrictive than Atlanta was.

REICHARD: Both sides have cited concerns that the other side says are baseless. Republicans in passing together voting rules in Texas and other states say they’re trying to prevent voter fraud. Have Republicans in Texas presented evidence of a significant problem with voter fraud?

SIMS: They really, to my knowledge, they have not. And I think that's been the case in most states. Is there voter fraud? Yes, sure. There's voter fraud in every election in every state, but enough voter fraud to overturn elections? That amount of evidence has yet to be demonstrated anywhere, you know, to provide evidence and say, well, we're going to try to restrict voter fraud. Well, that's a noble endeavor. But is there a real problem with voter fraud in Texas? Precious little evidence to that charge.

REICHARD: And on the other side, Democrats say asking voters to verify their identification on ballots by providing a driver’s license or Social Security number will suppress the minority vote. Texas already requires ID for in-person voting, as is the case throughout most of the Western world. Many Democrats, however, said requiring ID for in-person voting would suppress the minority vote, but have we actually seen evidence of that?

SIMS: Actually, no. There is some evidence that minorities, let's say black and brown voters do. The numbers are higher than white voters in presenting an ID. But access to IDs is actually open equally to everyone, regardless of race or gender. So, anybody can get an ID. So, I think that's a pretty weak argument to say this is discriminatory on the basis of race. It’s really open to most anyone who wants to go get an ID.

REICHARD: Professor Kevin Sims with Cedarville University has been our guest. Professor, thanks so much!

SIMS: You are very welcome. Thank you for having me on.