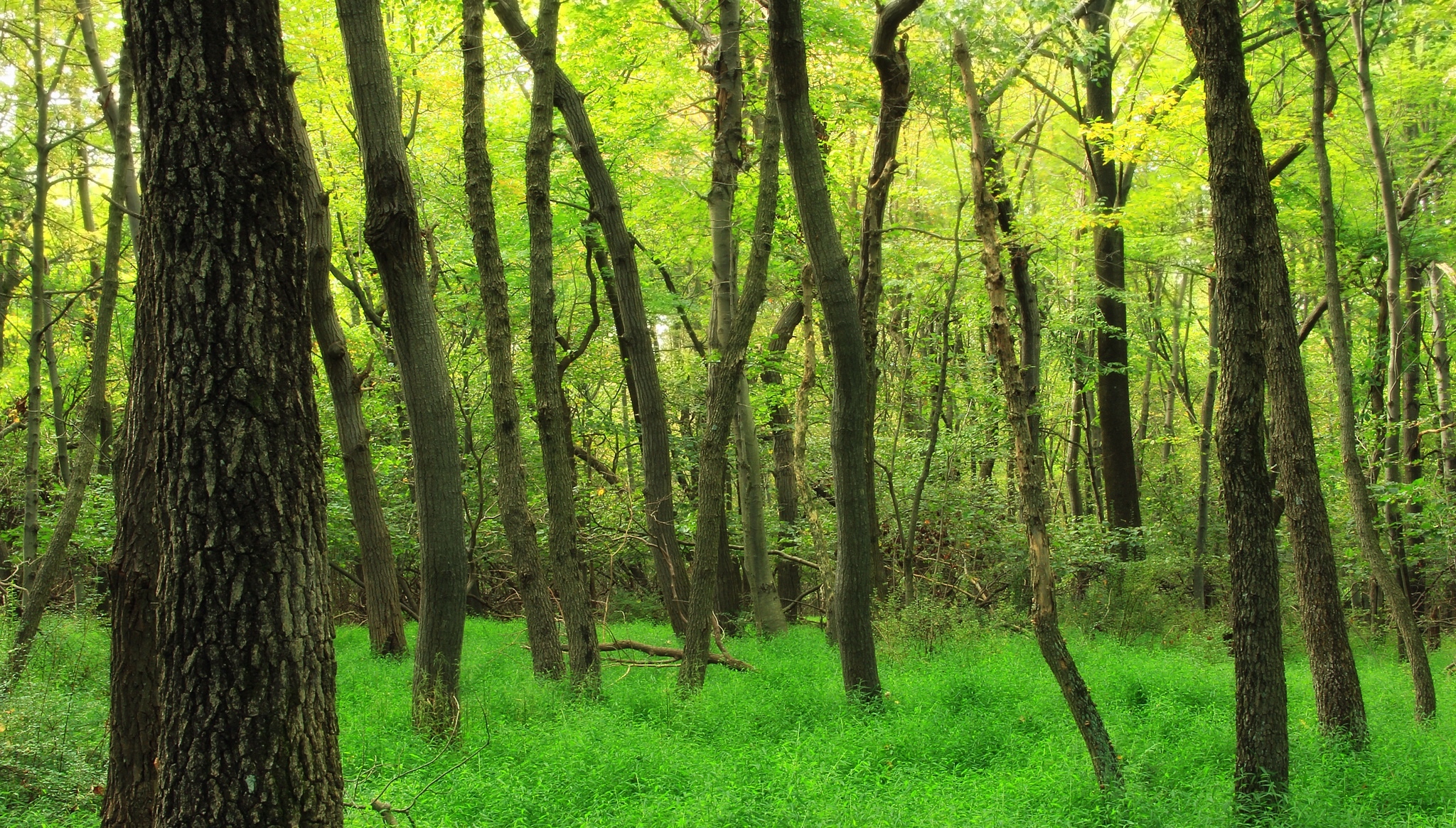 NICK EICHER, HOST: And I’m Nick Eicher. Coming next on The World and Everything in It: WORLD Radio’s Les Sillars went deep into the hardwood forests of the Appalachian Mountains a few weeks ago.

He says he met a real live Ent.

EICHER: No, an Ent. You know. Like in Lord of the Rings.

AUDIO: I am an Ent. A tree-herder, a shepherd of the forest … Don’t talk to it, Merry! Don’t encourage it!

Yeah, well, our reporter did talk to it, actually. For several hours.

LES SILLARS, REPORTER: Jason Rutledge is a forester and a “horse logger.” He has a chocolate lab named Demure. The bill of a baseball cap sticks out from beneath his furry bomber hat. Except for a bushy white beard, he doesn’t look much like an Ent, but he tends to take the long view. And he cares very deeply about trees.

RUTLEDGE: I think the forest is captivating because it gives me a connection with the future that I wouldn’t have unless I had love for a species that outlived me.

Rutledge has an 80-acre farm atop a high plateau in southwestern Virginia. For 40 years he’s been speaking and writing in an attempt to influence a decades-long debate. It’s more of a war, really. It pits logging companies against environmentalists over the best way to manage forests.

RUTLEDGE: I don’t consider myself a very religious person at all.

But his views on stewardship of the forest are soundly Biblical. He calls it “restorative forestry.” It’s at odds with both radical environmentalism and the logging industry. The key, he says, is humility.

RUTLEDGE: And believing that there is a greater plan than me, and that’s where the Creator comes in.

He begins the day slinging hay bales with one hand into the back of battered green Ford Ranger. Then he drives out to his horses. They’re waiting in a pasture about 50 yards behind his barn.

RUTLEDGE: These three right here are my what we call our work team.

Their names are Rube, Meg and New Duke. They’re beautiful. Sturdy but not huge. They have rich brown coats, dark manes, and amiable expressions.

RUTLEDGE: You’ve heard the Winston Churchill quote, that there’s something good about the outside of a horse for the inside of a man.

For Rutledge, restorative forestry starts with his horses. Using them to skid logs out of the timber is a lot slower than heavy logging equipment but they do far less damage.

Rutledge is one of a handful of American breeders of Suffolk Punch draft horses. He started raising them soon after he got back from Vietnam.

RUTLEDGE: I’ve had them for a long time. I’m totally dedicated to them…

It’s too icy to log this morning, but Rutledge has posted videos of his teams at work.

Rutledge drives a team of two horses harnessed to an industrial strength two-wheeled buggy. A log is chained to the back. The horses strain to yank it up a hill. Suddenly they pull it clear and trot smoothly down the skid trail, barely leaving a mark.

“Restorative forestry” is about more than just how to remove felled trees. It’s about how to select which trees to harvest.

Most logging companies gave up clear cutting decades ago, but many still practice what’s called “high-grading.” That’s when you harvest all the best trees over a certain size. It’s efficient. But to build healthy forests, Rutledge says, you have to harvest the “worst first.”

He looks for trees showing signs of disease, damage, or inferior form. Bad form counts as a strike, or fungus, or bark damage. A tree with three strikes is ready for harvesting.

LES: How would you describe how big this red oak is?
RUTLEDGE: Like this!  [CHUCKLING]

He flings his arms around a big oak. Foresters measure trees using DBH: diameter to breast height. A 5-foot-ten inch man can reach around a 16-inch diameter tree.

RUTLEDGE: So you hug it. So tree-hugging ain’t a total hippie thing, it’s a forestry thing too.

He explains that forests have stages. The species in each stage prepare the soil and conditions for the next. The climax species of trees are the oldest and most valuable: northern red oak, white oak, poplar, maple, ash, cherry.

RUTLEDGE: And you’ll see that my forest is full of climax species. It’s based on leaving the best trees to grow for the future.

Logging companies would argue they are looking to the future. Most have adopted practices that reduce damage to the soil, water systems, vegetation, and animals.

But Rutledge believes that even “sustainable” forestry practices have left forests in the U.S. and around the world less diverse, less healthy, and more susceptible to disease.

RUTLEDGE: I believe that the only way you can have a hope of being sustainable is to be restorative, to where you restore it back to what it originally was … The way to do that is to imitate nature and take the worst first.

The pumps supplying his horses with water froze overnight, so Rutledge moseys through his pastures, breaking them free. Along the way he rails against modern consumerism.

RUTLEDGE: Modern life is pretty much a tortuous experience that’s trying to demean everyone, reduce them all to ignorant consumers.

He also has some pointed words for Christians who think that having “dominion” over the earth means they’re entitled to take whatever natural resources they want to meet their needs.

RUTLEDGE: And when I say, what about what about the earth being a garden, that you’re supposed to be a steward of?

They just point to the Second Coming.

For Rutledge, good care includes restorative forestry. That means not only careful management, but patience. His approach accepts the forests’ limits of time and scale. Everything here is slower, and for Rutledge, that makes it best.

RUTLEDGE: The only chance we have to be sustainable is to be restorative. And that again is reverting back to trusting the Creator and doing things as much as we can to imitate nature.

The Ents would approve.