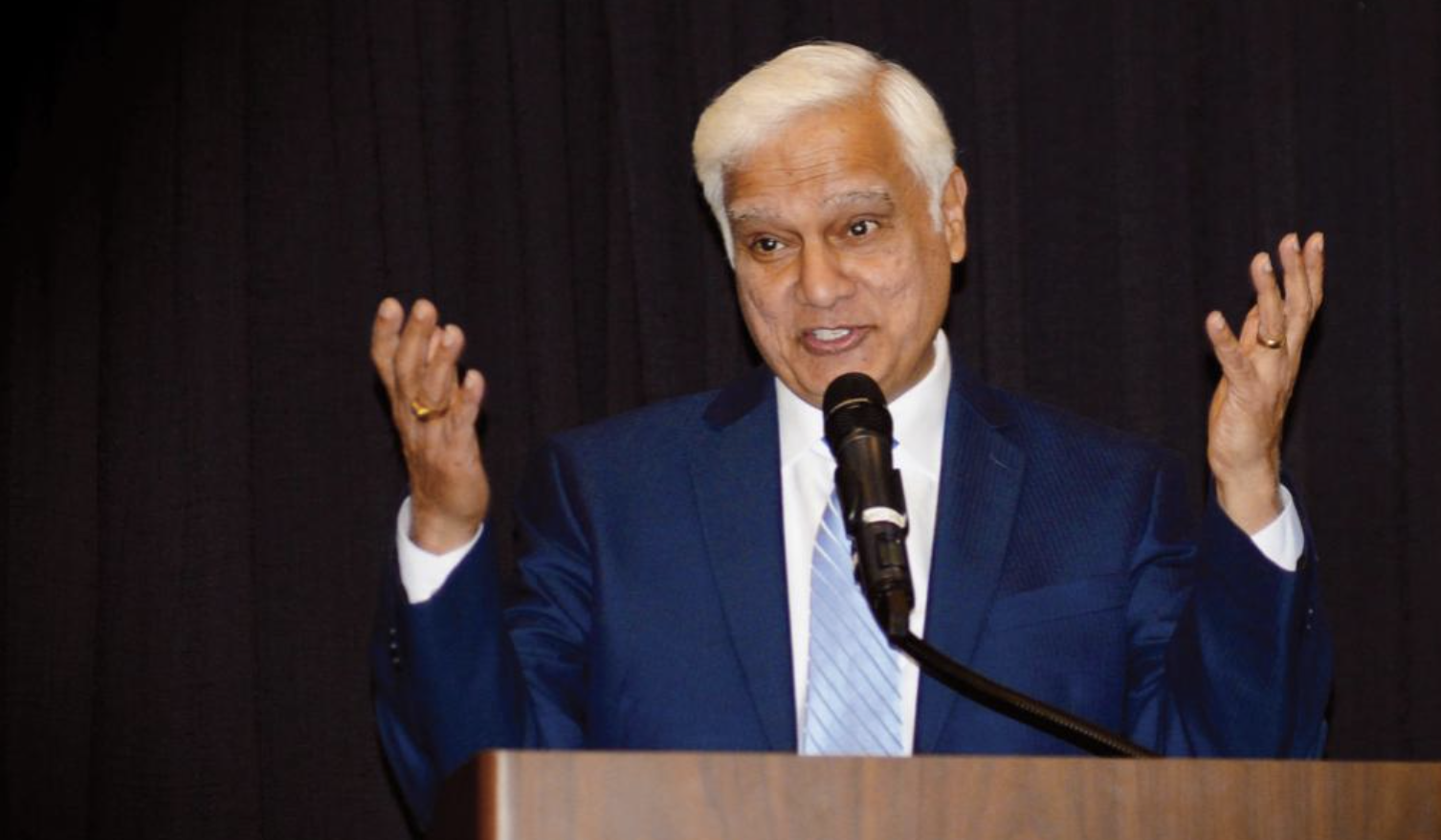 NICK EICHER, HOST: Coming up next on The World and Everything in It: Misconduct in ministry.

Now, a warning: this story is probably not suitable for younger listeners. So if you have some young ones nearby, you might want to hit pause right now and come back at a later time.

MARY REICHARD, HOST: Alright. Three years before he died, well-known Christian apologist Ravi Zacharias had fended off claims of abuse made against him by a female follower, Lori Anne Thompson. Zacharias accused Thompson and her husband of extortion and sued them for emotional damages.

EICHER: He later settled with the couple for an undisclosed amount and a promise not to talk about what happened. No other accusations against Zacharias surfaced until after his death from cancer in May. But then several women came forward with similar stories that revealed a pattern of inappropriate behavior. That prompted the board of his ministry to launch an investigation. RZIM released its findings last week.

REICHARD: Joining us now to talk about it is WORLD’s Emily Belz. She covered some of the early allegations against Ravi Zacharias last year and wrote about last week’s report.

REICHARD: Let’s start with the evidence this report is based upon. Who were the investigators, and how did they go about gathering evidence?

BELZ: This all starts with two spas that Zacharias owned. And last year there was a lone atheist lawyer named Steve Boffman who was going on and on in a YouTube channel about how Ravi Zacharias owned spas. And it all seemed a little shaky and far-fetched, but we decided to look into it and confirmed with multiple sources in our reporting over the summer that Zacharias was in the spa business and Boffman was right. Zacharias did have back problems, so he had regular massage appointments, which some spa employees told me he used as a cover for sexual misbehavior. So, all of that leads to the reports we did last fall and then RZIM—the ministry that he founded—hired a law firm and private investigators and they interviewed more than a dozen massage therapists in the U.S. who served him over the years. And they also got several recent mobile devices and one laptop from the ministry that he had used. And he had many devices, but the investigators were only able to get a few from the last few years. So, there’s really no telling what else was on the previous devices over the decades.

REICHARD: And what did the investigators find?

BELZ: They found a lot for such a short period of time. The phones contained contact info for more than 200 massage therapists and there were hundreds of photos of young women, including nude photos as well as photos of Lori Anne Thompson, who had accused him previously. And she had been dismissed by RZIM and the public, essentially. So, the interviews that the investigators did with therapists revealed some really horrible stuff, which I won’t share in detail on here, but a number of women said that he would take advantage of them during massage appointments. And one therapist reported multiple rapes. There was another therapist who told the investigators that she remembered tying his arms down with sheets during appointments so that he wouldn’t touch her.

REICHARD: Investigators interviewed women in the United States, but they also found evidence of alleged misconduct overseas, too. Did they look into that as well?

BELZ: The investigators didn’t send anyone on the ground to investigate potential abuse overseas because their main goal was just to establish if he had committed sexual misconduct, which they found plenty of evidence for just in the U.S. But he did spend a lot of his ministry overseas and his phones revealed a lot about his overseas activities. The investigators said that he spent long stretches alone in different parts of Asia, staying in hotels where he had massage therapists come to his rooms. And he owned two apartments in a building in Bangkok—one where he stayed and one where a therapist stayed. They also found on his phone notes that were saved with suggestive phrases translated in Thai and Mandarin. So, he also apparently had a discretionary fund called “Touch of Hope” which he used to wire money to several massage therapists and he paid for some of their schooling and living expenses. And that was with ministry funds, which is another problem in all of this report.

REICHARD: We mentioned Lori Anne Thompson, who was really the first person to bring these accusations to light. Do we know any more about her case?

BELZ: Well, the pattern of so many other women uncovered in this investigation reinforced her account of what happened—with Ravi Zacharias seeking out much younger women, learning their spiritual vulnerabilities, and especially accounts of abuse in their past. And then using that to establish trust before turning the relationship sexual. And then he would warn them that if they said anything about it, they would be harming the Gospel. So that’s all what Thompson had said happened to her back in 2017. She had a past history of abuse from her father and she said Zacharias took on this fatherly role with her before slowly beginning to demand sexual favors by phone. So, last week in its statement, the RZIM board apologized for not believing her account and for essentially discrediting her publicly. And they acknowledged that their failure to investigate the Thompson situation resulted in a lot of slander that they bore for some years. But Lori Anne Thompson is still under a non-disclosure agreement. The investigators said the executor of Ravi’s estate had refused to release her from the NDA in any form. So this is an investigation that is validating for her, but she’s not allowed to speak openly about what happened. But it is useful after being thrown under the bus as an extortionist who was trying to ruin Ravi Zacharias’s reputation.

REICHARD: Anything in the report about how RZIM will go forward from this?

BELZ: So, that is an open question. They said the organization had no knowledge of the abuse, and I think that is something we have to look into, especially since the board claimed in 2017 that it had thoroughly investigated claims from Lori Anne Thompson. And there’s also the question of how ministry funds were spent to perpetuate these abuses. But they’ve hired some outside consultants, including victim expert Rachael Denhollander, to review what happened and what they should do going forward. And they said they’re looking at what the future of the ministry might look like. I imagine that might include downsizing or changing the name, but we’ll keep following it. The UK branch has already broken away from the organization and decided to rename itself and end all ties with RZIM. And then the book publishers who put out Ravi Zacharias’s books have taken them out of print. So, there’s a lot of things unfolding very rapidly.

REICHARD: Emily Belz is a senior reporter for WORLD Magazine. You can read more of her work at WNG.org. Thanks for joining us today, Emily!

BELZ: Good to be with you, Mary.