Reopening the wounds of war

The U.S. withdrawal from Afghanistan triggers a flood of unwelcome emotion for veterans and survivors 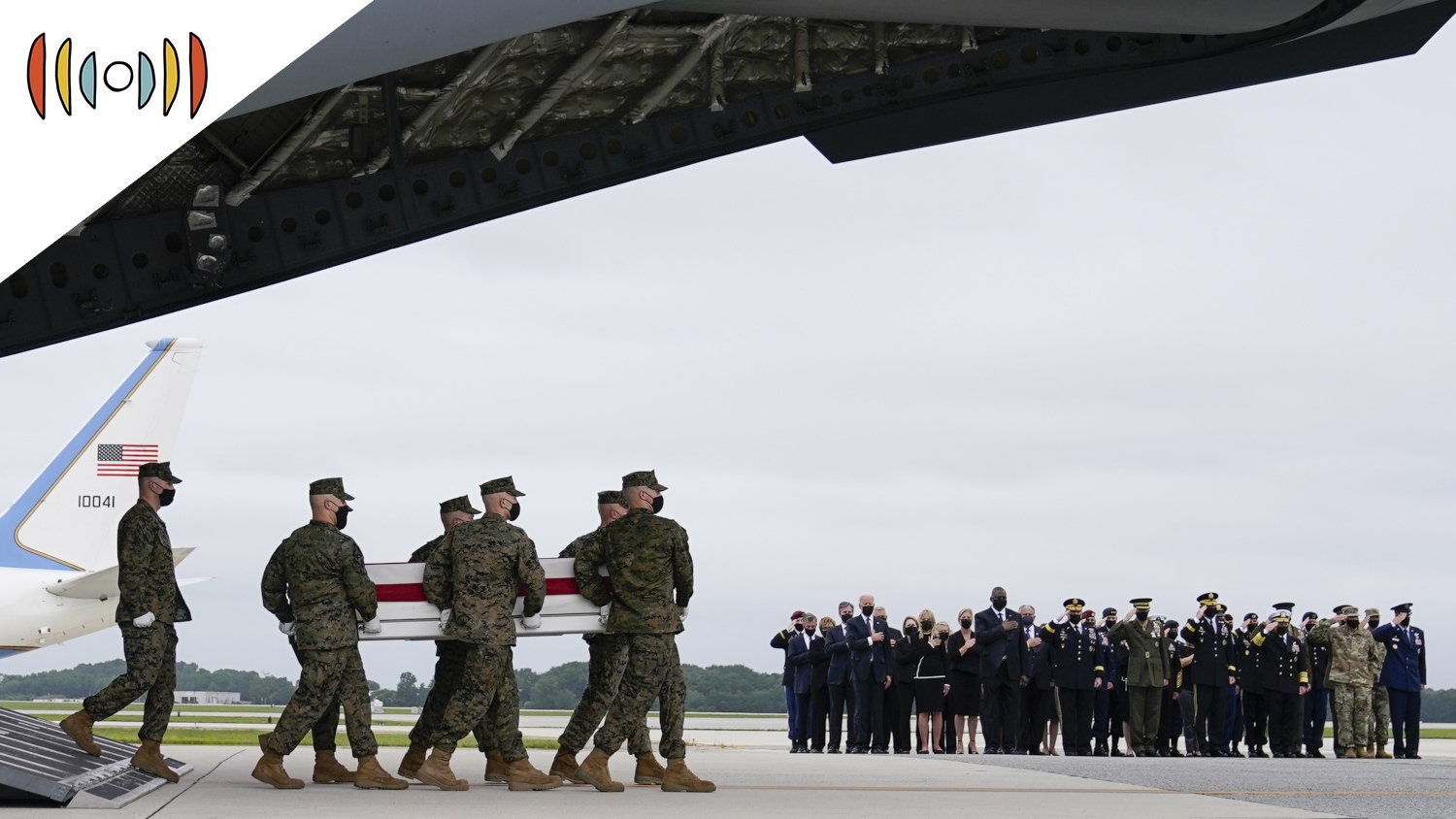 The U.S. pullout from Afghanistan has been especially difficult for the men and women who served there in the last two decades. Many of them already struggled with mental and emotional battle scars. Now some are questioning whether their sacrifice was worth it.

GILSON: Do you remember the O.K. Corral, Wyatt Earp and the wild, wild west? It's a very small, little tiny space, no bigger than the average living room? And you had two groups of men gun fighting to the death? Well, that's what Afghanistan was like, on an hourly basis.

But he says it’s not like what you see in the movies—uncontrollable anger, violent behavior, or suicidal thoughts.

GILSON: That hasn't been my experience. Now, I do have a very colorful combat history. But what I dealt with, which affected me the most, there's kind of two things: the excessive nightmares, that I still have them today. It's been, it's been brutal. It's been interesting, and it's a challenge. Another thing is, I had a hard time re-adapting in a normal society...

The U.S. withdrawal from Afghanistan triggered a flood of emotion.

GILSON: It angers me, it frustrates me, it makes my heart saddened to know that you have a situation where the president allowed such an occurrence to take place. And, and I don't just blame the president, I blame the the acting cabinets, where we shouldn't have allowed that.

Gilson’s anger and frustration isn’t uncommon. Dr. Brian Marx is deputy director for the National Center for PTSD at the Department of Veterans Affairs.

MARX: There's certainly not a one size fits all answer. But we certainly have seen the news reports, and the footage that is being played on social media and TV is really quite upsetting for a number of folks who have served in Afghanistan, in particular, over the last, you know, 20 years or so…

Dr. Marx says the Afghan pullout can be especially hard on veterans with PTSD because they often suffer from distorted beliefs about themselves and the world around them.

MARX: We are seeing in patients in terms of increased symptoms and increased distress really feeling like the country has kind of betrayed them or betrayed the mission that they served.

According to the Department of Veterans Affairs, as many as one-fifth of veterans from Iraq and Afghanistan are diagnosed with PTSD each year. Common symptoms include nightmares, increased anger, engaging in self-destructive behaviors, and difficulty maintaining relationships. And those who suffer from PTSD are more susceptible to suicide. According to Brown University’s “Costs of War Project,” about four times as many veterans have died by suicide since 9/11 than have died in combat.

Dr. Chris Frueh is a professor of psychology at the University of Hawai’i. He says it’s not just veterans who are struggling with the end of the war in Afghanistan.

FRUEH: Here's an example: a woman, a Gold star widow, lost her husband in Afghanistan. He was a special operations, was killed on a mission 15 years ago, she's moved on with her life. She's got a new a new husband, she's got you know, children with that husband. And she called me a couple weeks ago and just said I am just struggling, struggling. Just, ‘All I can think about is my my husband, my first husband, who died 15 years ago and so it just brings back a whole lot whole lot questions. Why did I lose him? What was it for? What if we could do it over again?’ A lot of those kinds of questions are just kind of haunting a lot of people right now, I think.

Dr. Brain Marx expects some PTSD patients will experience setbacks in their recovery over the next few months.

It could even push those who didn’t have PTSD before to start showing symptoms. Veterans—and survivors—could previously process and reconcile their pain and grief with the knowledge that it had a purpose. It served the country and spread freedom and liberty around the world.

MARX: And now what you're seeing is an outcome that does not support any of that. It can be shattering for some people, and you can end up with not just individuals who have PTSD becoming worse, but actually creating cases of PTSD.

Veteran Noah Gilson is leaning into his faith to get him through what amounts to a period of mourning.

GILSON: My faith and my relationship as a Christian as God's child absolutely affects how I respond and react to the federal government and how I respond and act under the current—what I would consider a crisis.

And he’s taking comfort in the knowledge of God’s sovereignty.

GILSON: If nothing else, what war teaches you, is God's ultimate control. Now, I have seen men severed in half from the waist, and survive. I have seen men die from a grain of sand to the heart wearing body armor. Now, that is absolutely confusing if you just try to say, well, things just happen as they happen. I don't believe so. I mean, I have seen God's divine authority. He allows what he wants to allow, and he doesn't what he doesn't.