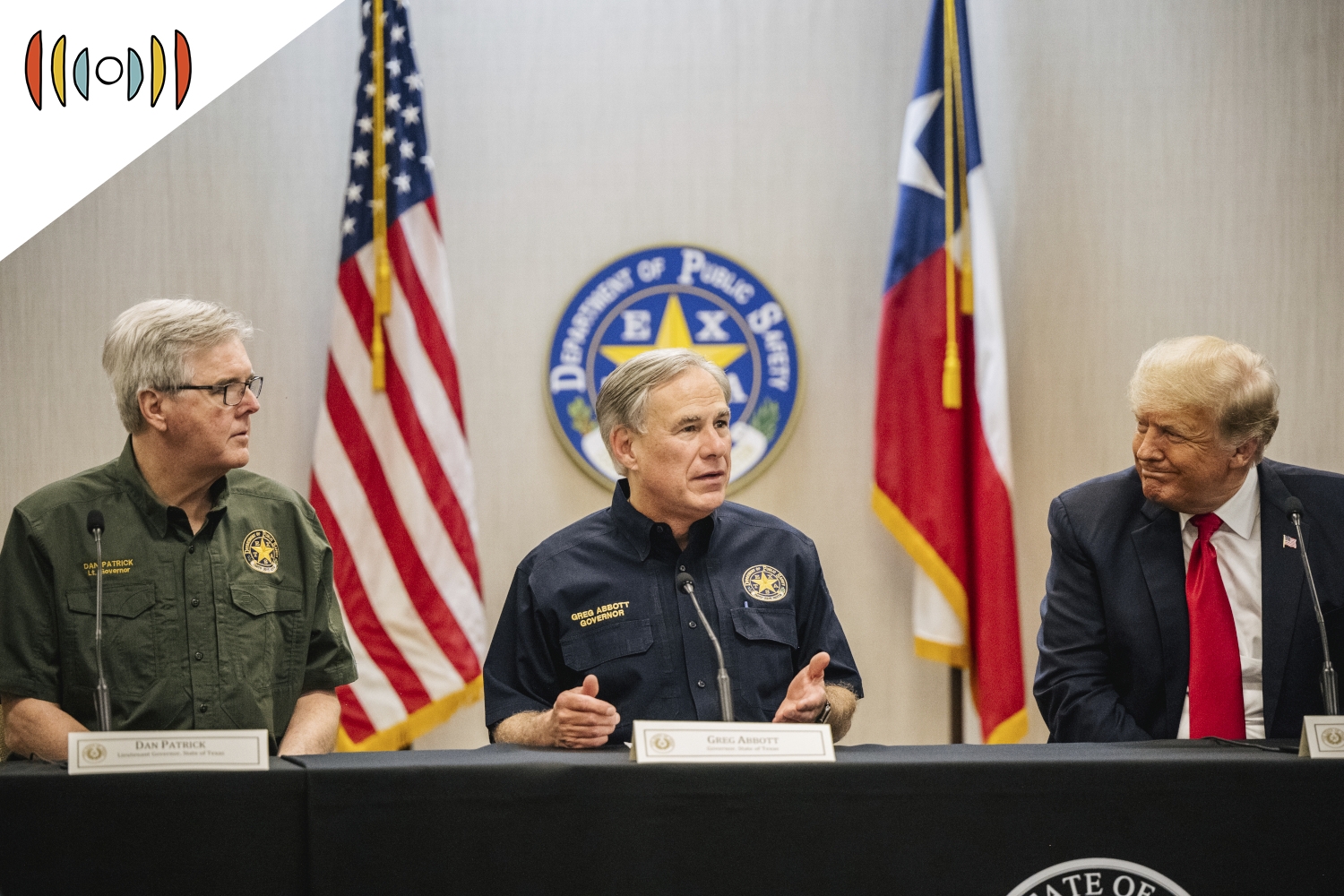 You’re listening to World Radio and we’re so glad you are! Good morning, I’m Myrna Brown.

MARY REICHARD, HOST: And I’m Mary Reichard. First up on The World and Everything in It: border security.

Illegal immigration is at the highest levels in 20 years in this country. The Biden administration’s response has left border states frustrated. So one border state governor is making his own plans to secure the border in his state.

BROWN: Texas Governor Greg Abbott has introduced measures to stop the influx of people coming in illegally. One measure is to restart construction of the border wall. Paying for that wall is being discussed in a special legislative session that begins today. WORLD Correspondent Bonnie Pritchett reports.

SCHUSTER: There’s always been people coming through. But the people now are destructive.

SCHUSTER: They’re cutting up our fences. They’re tearing up our water lines. I had some take a rock and hit a plastic PVC piece until they broke it. And I lost like 5,000 gallons of water. Well, out here, it’ll take me a month to get that much water again for my livestock.

Schuster’s ranch is about 25 miles from the Mexican border. She was born and raised in the region and the influx of illegal immigrants is like nothing she and her neighbors have experienced.

One recent encounter left her shaken.

SCHUSTER: And then I had a group that was hanging out drinking beverages on my back deck one day when I pulled up to the house…

Those beverages came from the refrigerator in Schuster’s garage. Now she carries a pistol every time she leaves the house—even to take out the trash.

ABBOTT: We need local officials like the ones I spoke to today…

Last month Texas Governor Greg Abbott and state officials met with residents in Del Rio, a region overwhelmed by the immigrant surge. There he announced his multi-strategy plan for securing the border.

Abbott didn’t say how he would fund the estimated $5 billion dollar effort to restart former President Donald Trump’s border wall project. But he reallocated $250 million from the state budget as a “down payment.” He also called on Texans to donate money and portions of their border land for the wall’s construction.

Ken Oliver is senior director of Engagement and Right on Immigration at the Texas Public Policy Foundation. He speculates funding could come, indirectly, from the roughly $40 billion dollars in COVID-19 relief allocated to Texas under the American Rescue Plan Act. But he says the federal funds cannot be used to build the wall.

OLIVER: The State of Texas could take that money and use and reallocate money that it has for other purposes using these incoming funds from the federal government. I think that’s what’s going to be part of this special session of the Texas Legislature is going to deal with…

Some don’t want the 30-feet concrete and steel wall on their land or in their towns.

The City of Laredo has a long-established working relationship with its Mexican sister city Nuevo Laredo. Mayor Pete Saenz said a wall would be an affront to that relationship.

SAENZ: We're so close to each other business wise, culturally, family wise. So, there's a strong connection and dependence on each other to make this region happen…

In June, the Laredo City Council unanimously passed a resolution opposing Abbott’s proposal. But they also acknowledged the need for border security.

Since October the city has seen a 650 percent rise in arrests of illegal immigrants. Ninety-four percent of those are single men. And there’s evidence that the Mexican cartel has been smuggling people and drugs through the city.

But Saenz emphasized that much more than illicit trade comes through the city.

SAENZ: We're the number one land port of the entire Americas. We do over $230 billion worth of trade every year. And this year, we plan to do even more. So, you get the picture…

Saenz wants relief from the surge in illegal immigration and the criminal element who come with it. And he’s frustrated that the city has not gotten what’s been promised.

SAENZ: And, and although we feel that a physical wall, to some may secure the border, we feel that the virtual wall has not been given an opportunity. President Biden ran on that. He was elected as our president, we're still waiting for him to implement this virtual wall concept…

Ken Oliver at the Texas Public Policy Foundation said securing the nation’s southern border used to be a bipartisan effort.

OLIVER: Under President George W. Bush, the Secure Fence Act was passed in 2006 for almost 700 miles of secure fencing. This was not a partisan point of contention at all. In fact, President Joe Biden, as Senator Biden back then, voted for it, as did back then Senator Hillary Clinton and former President Obama was a senator who voted for it as well. It did become an issue of division in a partisan way only since then…

Now political wrangling has left South Texas residents waiting for resolution. In the meantime, Schuster will continue carrying a pistol while working her ranch, mending fences and hoping Congress does the same.

Maybe there could be entry gates in the wall for those border towns to do business? Rejecting a wall on someone else's property because you don't want it on yours is not really fair.

The rancher, Mrs. Shuster, is correct that securing the border is definitely NOT a priority for anyone in the current administration. I doubt that it would be a priority even if several hundred American Citizens were assaulted or killed by illegals.

Laredo Mayor Saenz is totally unrealistic in his expectations: he thinks “someone” should “do something” to curb the illegals coming through his town, but he thinks the wall would “look bad.” I would bet he’s a democrat.

Texas Governor Abbott is a realistic thinker, in my opinion. I will probably make a donation to the fund to complete the wall along the Texas-Mexico border.

So far there is absolutely nothing I have seen from the Biden/Schumer/Pelosi Administration that I can cheer for, except maybe pulling the US military out of Afghanistan. 👎

Great reporting on what is happening on the border! Many are suffering along the border because of all the influx of people- some who are dangerous and violent. The cartels are making a vast amount of people smuggling them in, sometimes literally dumping them over the wall.

The Christian response to all of this is to really transform our immigration system, stopping the cartels, stopping the drugs, stopping the smuggling, stopping the violent gangs, stopping the mass influx of people, and gaining control so we can properly allow in worthy people who will benefit our country. Allowing in refugees should be a controlled process making sure there are adequate resources to support them and assimilate them so they are productive citizens.

The church should be willing to help immigrants and bring the gospel to them but we should be very careful to not be pawns of those with un-Christian agendas but in this day and age there seems to be little discernment in regards to this. Let us pray we have real discernment!