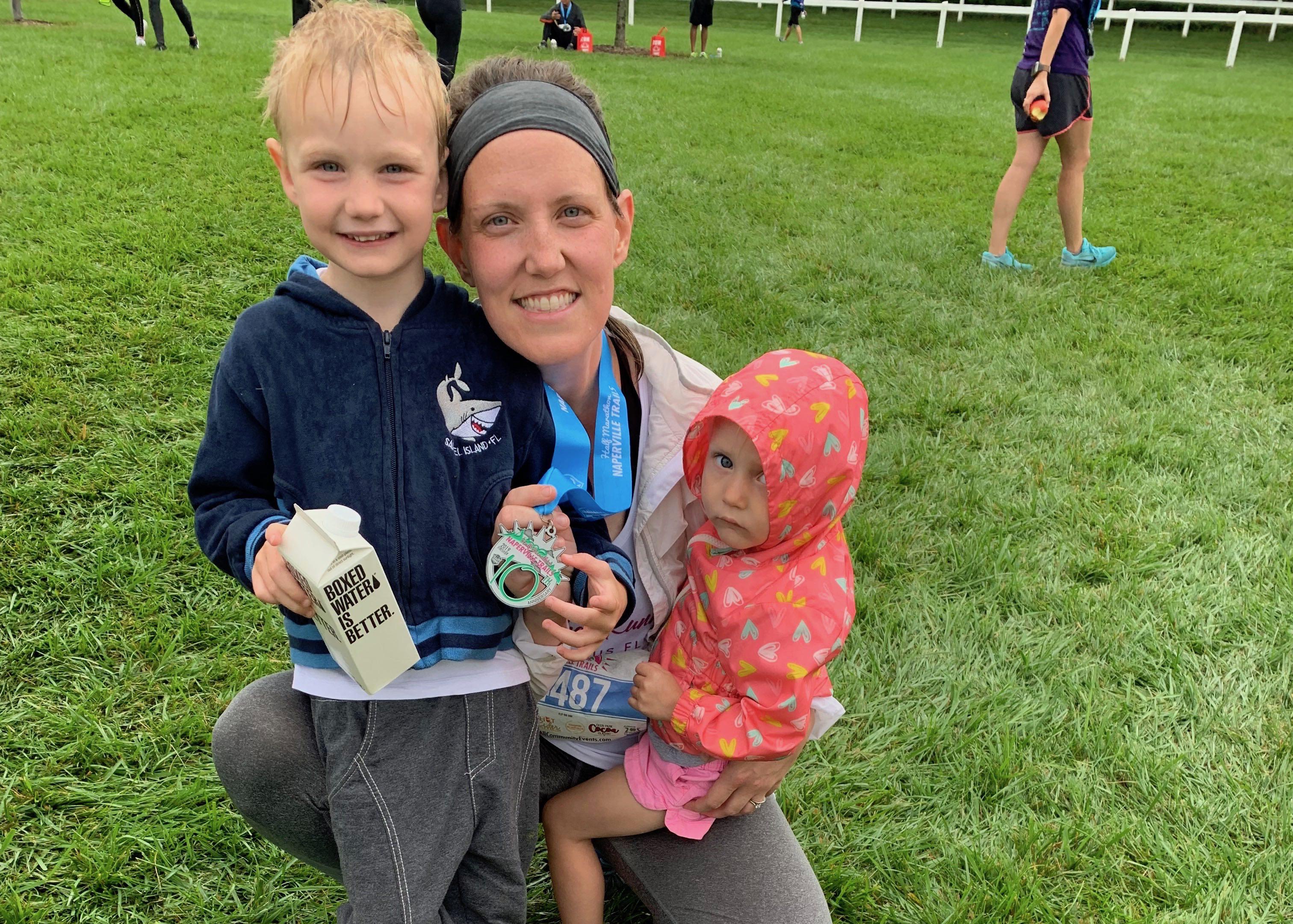 NICK EICHER, HOST: And I’m Nick Eicher. Autumn brings plenty of opportunity to run races, whether we’re talking a 5K or a half or full marathon. Runners train all summer long to get ready for those.

Some people run in groups to help pass the time. Many need the motivation of the perfect workout playlist.

REICHARD: One of our reporters took on her first half marathon recently. But she decided to run in silence and instead keep an audio journal throughout the summer. WORLD reporter Laura Finch will take us along now on part of her training.

FINCH: Ok, well, safe in my car. Watching the lightning. But you may ask, why am I out here in a thunderstorm, trying to run up and down hills? The answer is I’m training for a half marathon. Also, another reason, I’m starting to think, is that it’s really one of the only ways to force myself to get some quiet time. And I’d like to really make use of this time for prayer and meditation. I’ve always, always run with music, always. Recently I’ve been experimenting with turning the music off, and running in silence. I think that can be really powerful, and I want to see where it leads…

AUDIO: [Sound of getting out of car, stretching, running]

FINCH: Tuesday I ran more than 5 miles, almost 6 miles, dedicating each mile to someone from my church that I am praying for. It went ok. And, you know, the time actually passed pretty quickly, but I wouldn’t say that these were eloquent prayers by any means.

At times, all I could do was just think of the people’s names, and repeat them over and over in my head. One couple in particular is heavy on my heart. I’m just really asking God to speak into their home right now, and into their lives. And I can’t do anything other than that. I can’t do anything for them right now. But I can run… and I can lift them up and talk to God about it—so that’s what I’m going to do.

So it’s Thursday, August 8. It’s about noon. I did run earlier today, even though last weekend, I had a really bad race. Really bad. I am no longer excited about this [LAUGHTER]. But, I’ve been struck with the similarity between what I’m experiencing physically, and what I’m experiencing spiritually, where I just feel so burdened for all the prayer requests. It’s constant. I feel helpless. I can only let these things drive me to my knees, right?

I was just talking to a prayer partner about it, who did not know that I was training for a half marathon, and she made the comment: “Yeah, this prayer thing is really a marathon. Not a sprint…” Which of course it is. So I’m going to keep showing up, because he promises that when we draw near to Him, He will draw near to us.

So I’m pretty discouraged right now. Have a summer virus. You can probably hear it in my voice. Should have run 10 miles by now at this point in the week. I’ve only run three. And those three were excruciating.

But I just noticed this verse I had posted on my wall. It’s Galatians 3:3 and it says, “Are you so foolish? After beginning with the Spirit, are you now trying to attain your goal by human effort?”

I started this project with the explicit intention of using the running time for prayer. I began with the Spirit. I cannot attain the goal with my own effort. I just can’t. I have to stop trying to do that…

AUDIO: [Sound of cowbells and race]

ANDREW: There she is! Say, go mommy. Now you can go out there. Go out there.

FINCH: And that sound you hear is my husband encouraging my son to go ahead and join me on the racetrack because I was gesturing for him to cross the finish line with me. Which was the sweetest moment.

Looking back at the process, I’m realizing yes, I turned off the music, allowed some space for silence. I also kind of filled that silence immediately with my requests. These situations are painful. They feel loud. They immediately came rushing into my thoughts to replace that pounding music that had been distracting me before.

And that’s OK. God wants every request. He also, often, responded really quietly. By saying: “Look at these wildflowers. Look how they praise me. Now you praise me.”

So I’m gonna keep praying this way. While I’m weeding, raking, as we head into fall—these times are great times to cry out to God, physically and mentally and spiritually.

I’m also gonna be listening for the response.