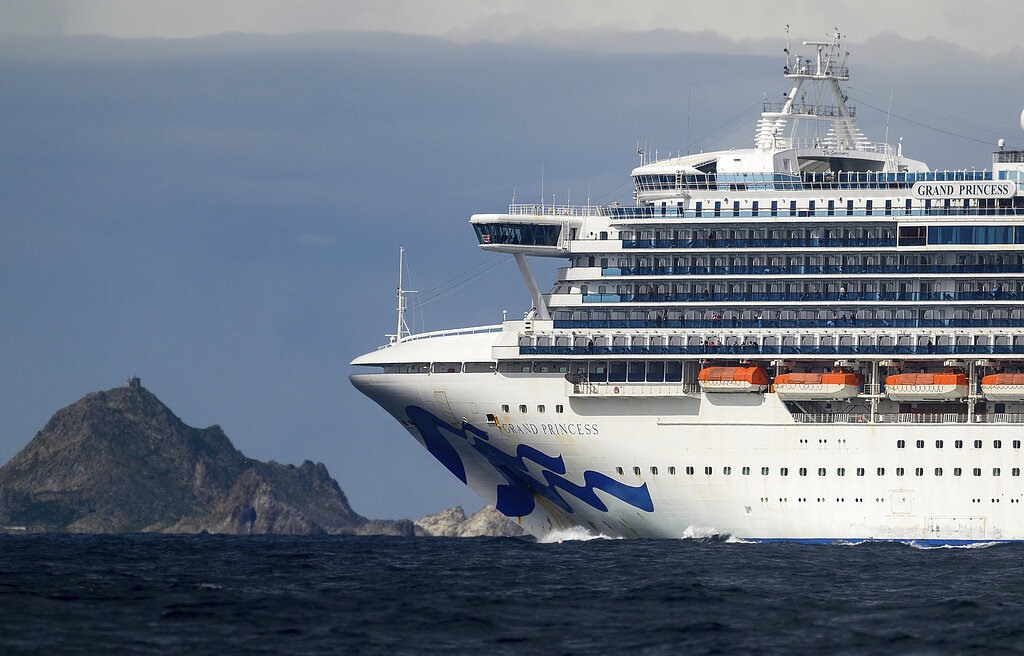 NICK EICHER, HOST: And I’m Nick Eicher. Coming next on The World and Everything in It: a journey through coronavirus quarantine.

Back on February 21st, the Grand Princess Cruise Ship departed for a two-week cruise to Hawaii. On its return, some passengers and crew members started showing symptoms. Twenty-one people tested positive. So, the ship stayed out to sea while officials figured out where to send passengers for quarantine.

BASHAM: We connected with a pastor from Santa Rosa, California, who was on board the ship along with his wife, daughter, son-in-law and three grandchildren. He recorded an audio diary documenting his journey through three weeks of quarantine.

This is his story, in his words.

BARNEY CARGILE: This is Barney Cargile. Our family has been on the Grand Princess for the past 19 days. Waiting to disembark. We’ve been on quarantine for the coronavirus.

NEWSCAST: This is still very much a plan in progress, but after four days of uncertainty, just a few hours ago, passengers aboard that ship finally notified that they will be off-loaded, just across the bay from me…

Woke up this morning and I’m standing out on the balcony of our ship. It’s a beautiful morning out here. There’s a full moon reflecting on the water. The lights of the city are just twinkling. San Francisco to my left, Oakland to my right. The morning traffic…It’s an exciting morning. It’s really exciting because we got our luggage tags this morning, which means we are getting off the ship today.

NEWSCAST: The Grand Princess with its passengers passed—about an hour ago—under the Golden Gate Bridge after…

We are getting ready to leave the ship. Feeling a little bit antsy and anxious. We’re ready to go. There are people around here that are complaining a lot. But overall what we’ve found is that people are really stepping up, especially on the crew. It’s bringing out the best. And we’re feeling blessed, but we are ready to move into the next phase with being in isolation where we’ll be at Travis Airforce Base.

NEWSCAST: Their ship has finally come in after days at sea, confined to their cabins, passengers on the Grand Princess can finally see an end to their cruise.

Well today is day 20 of our adventure. And there were some interesting things that took place last night. We were called out of our room about 5 p.m. and went through a long process. First of all standing in line and then finally we were loaded on the buses. They had to go through all the government protocol and so forth.

NEWSCAST: Throughout the day, we saw one charter bus after another taking passengers away…

Eventually we were brought to Travis Air Force base. And we sat for hours, at least three hours on our bus before we finally were unloaded. And we got to our room around 2 a.m. So this has been the roughest day so far.

One thing that’s kind of cool, we got here and our rooms, we didn’t have any coffee, no cups, no shampoo. There’s different areas in different buildings that they have different supplies, and so we would meet with people and say “hey, I have some shampoo.” “Well hey I have some coffee.” “Well let me trade one of my shampoos for one of your coffees pods.” It’s amazing how you come to appreciate the little things in life that you didn’t appreciate before. When’s the last time you got excited about styrofoam coffee cups?

This is Barney Cargile. It is Saturday, March 21st. This is our 17th day of quarantine. The truth is, nobody wants this but we can have one of two attitudes…we can either see ourselves as a victim or we can accept what’s happened and we can look for the blessings in it.

Our time is starting to wind down. We’ve only got 2-3 days left to go here. I’ve got no complaints. We’ve been well cared for, we get our temperature taken twice a day. The food is fine. We are in a small, comfortable apartment, and we’ve actually been building relationships with a lot of those that are actually serving us. Gotten to know their names. Gotten to know a little bit about their lives. And the residents here. We have a balcony which we really love going out there during the day. So it’s been nice in that way, but we really do miss home.

NEWSCAST: Rog, the cruise ship evacuees have been waiting and planning for this day…

Today, probably more than any other day, there’s some uncertainty about going home because we don’t know what to expect. We hear stories from people that it’s like a ghost town where we live in Santa Rosa. But I’ve just gotta say what’s really helped us through this time has been we’ve really been able to spend time in the Word and time with God. That has been such a blessing. That’s probably the biggest thing we are going to miss.

AUDIO: [CAR ARRIVING/GETTING OUT OF CAR]

This is Barney Cargile with one final episode in our adventure. And that is we finally came home! It’s just interesting. We went from quarantine on the ship, to quarantine at Travis Airforce base for two weeks, and finally we come home and, guess what:

NEWCOME: We direct a statewide order for all people to stay at home…

We’re in quarantine again like most everyone around us. My wife has a retail store, which is our primary source of income and it’s shut down right now. So what’s going to happen when we open back up? Are we going to be able to stay in business?

I’ll just say it this way, we’re forced to depend on God. He’s the one, and we know that! And God is our source of provision. Not our bank account, not our employer, certainly not the government. It’s God! He’s the one who’s promised to provide for us.

So I just want to say our adventure has ended. But we’ve started a whole new adventure, joining millions of others in which we are just going to wait on the Lord and see what he does next.

BASHAM: A special thanks to Pastor Barney Cargile for taking the time to record these observations throughout his quarantine especially for us at WORLD.

(AP Photo/Noah Berger) Carrying multiple people who have tested positive for COVID-19, the Grand Princess passes the Farallon Islands while holding off the coast of San Francisco, Sunday, March 8, 2020.