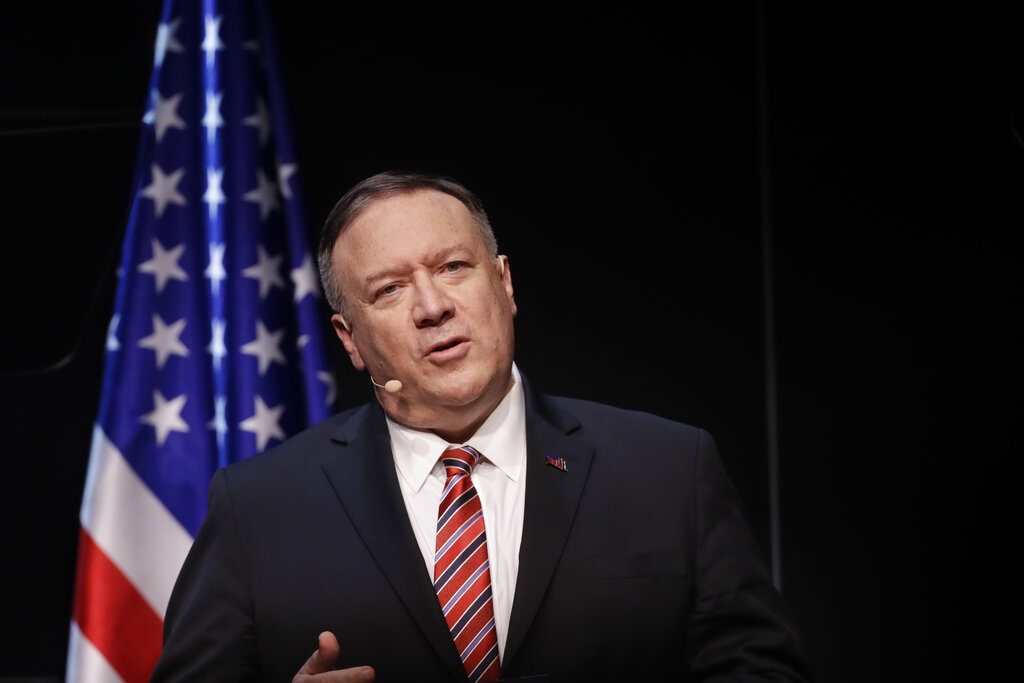 MARY REICHARD, HOST: It’s Tuesday the 21st of January, 2020. You’re listening to The World and Everything in It and we are really glad you are! Good morning, I’m Mary Reichard.

President Trump issued an executive order concerning refugees a few months ago. It allows states to decide whether to accept them. Prior to that order, these decisions belonged primarily to the federal government and refugee agencies.

REICHARD: The deadline for states to make a decision would have been today. But last week, a federal judge blocked the executive order. The judge said it’s unlawful to give state and local governments veto power over refugee resettlement.

But before that injunction, most governors had already made a decision about how they’d handle refugees. WORLD Radio’s Sarah Schweinsberg reports.

Almost half of those governors are Republicans. Their reasoning for saying yes varied. Some said they would continue their programs because President Trump had already made drastic cuts to the number of refugees coming to the country.

HUTCHINSON: The priorities for refugee resettlement have changed from focus on balancing geographic regions to placing a priority on those suffering religious persecution and those who have cooperated with the United States in the war against terrorism.

Tennessee Governor Bill Lee said he approved refugee resettlement because of the changes President Trump has made to the program and because of his Christian faith.

LEE: Certainly the fact that I have experience with oppressed folks in the Middle East, in Africa and other places around the world and right here in Nashville, frankly, that work and my belief that we do have a Biblical mandate to provide refuge to the oppressed, all of those things played into my decision.

Before the court blocked the president’s executive order, only one GOP governor said no to refugees: Texas Governor Greg Abbott. That’s significant because Texas is usually one of the top three places refugees go to start their new lives.

In his letter to Secretary of State Mike Pompeo, Abbott wrote that Texas is dealing with an influx of immigrants at its border and that the federal government hasn’t done enough to resolve immigration issues.

Until it does, Abbott reasoned, his state’s government and nonprofit resources should be dedicated to the refugees and immigrants already living there.

Josh Blank is a researcher at the Texas Politics Project at the University of Texas at Austin. He says Abbot saw the refugee decision as a rare opportunity to voice the state’s frustration with a broken immigration system.

BLANK: Immigration is a federal issue. And so state legislators and statewide elected officials in Texas are usually at pains to find, uh, policy areas where they can make a statement if not actually an impact on the issue of immigration and border security.

And when it comes to refugee resettlement and immigration, Blank notes that Texas Republican voters tend to share the governor’s views.

BLANK: For Greg Abbott, this is not really an issue where he’s going out on a limb amongst the Republican base in Texas.

But other GOP governors did choose to go against some base voters. A 2018 Pew Research poll found only a quarter of Republicans say the United States has a responsibility to accept refugees.

Sean Evans is a political science professor at Union University in Jackson, Tennessee. He says while Republican voter support for refugees isn’t high, the issue of refugee resettlement also isn’t a high priority.

EVANS: The big immigration issue is illegal immigration. They can make the point, hey, the Trump administration is vetting the refugees that come in. We’ve reduced it from 85,000 under Obama to 18,000 under Trump. I think that kind of takes away part of the political problems that it could potentially cause for Republican politicians.

Anna Crosslin is president of the International Institute of St. Louis, a group that assists refugees settling in Missouri.

Crosslin says even though the federal court injunction ended up blocking state choice on the refugee question, it was encouraging to know that Missouri’s Republican Governor Michael Parson supports refugee resettlement—even when he doesn’t have to.

CROSSLIN: We’re not going to be able to help every refugee. But for those who are being designated to come to the United States, what our governor basically said is, okay, we’ll do our fair share in being able to help these individuals get a decent start over again in Missouri, which is a great state.