Ready to answer the call

Oklahoma Gov. Kevin Stitt speaks after signing into law a bill making it a felony to perform an abortion, punishable by up to 10 years in prison on April 12, 2022, in Oklahoma City. Sue Ogrocki/Associated Press Photo 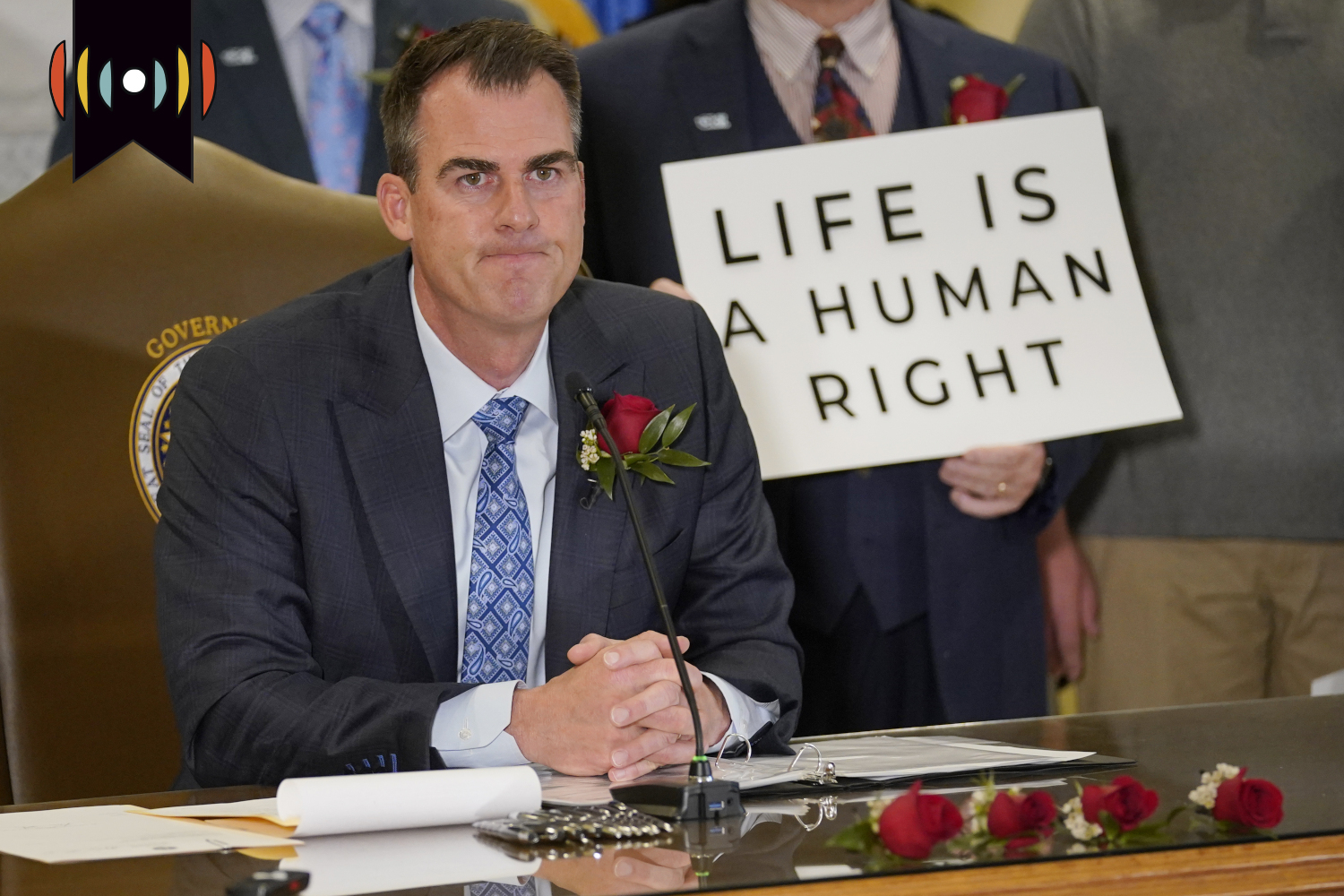 Thank you for listening to today’s edition of The World and Everything in It. Good morning, I’m Mary Reichard.

If the leaked draft of the Supreme Court decision overturning Roe v. Wade remains unaltered, 16 states and the District of Columbia have laws in place that will keep abortion legal. Thirteen states have laws that would ban abortion almost entirely.

REICHARD: Texas is one of those states. And pro-life pregnancy centers there have had practice operating in a post-Roe America since September. That’s when the Texas Heartbeat Bill went into effect. It bans abortion after 6 weeks of pregnancy.

BONNIE PRITCHETT, REPORTER: Jo Markham directs Agape Pregnancy Resource Center, a pro-life pregnancy center in Round Rock, Texas, on the outskirts of Austin. I talked to her less than 48 hours after news of the leaked Supreme Court opinion broke. She started out by explaining why she was late to our interview.

MARKHAM: Because I was on the phone with the Round Rock Police Department. We've asked for extra patrols in our area, because the pregnancy center in downtown Austin, it's not too far from us, Trotter House, was vandalized last night…

A band of self-described anarchists bragged about their work on social media. They called for similar action against other pregnancy centers and posted their addresses.

MARKHAM: So, we we had anticipated this for the last 48 hours. And and so it begins… [8:35 -] So, actually, as soon as I get off this call, I'm driving back into the center. And meeting with the security company, we're getting an entirely different, more sophisticated security system. New deadbolt on our front door…

Updating the center’s security system can be a distraction. But, if the past eight months have taught Markham and her colleagues across Texas anything, it’s how to pivot quickly and direct resources toward the new challenges.

Since September, Texas law prohibits abortion after a fetal heartbeat develops, usually 6 weeks into the pregnancy. The limit used to be 20 weeks. That has drastically cut the time women have to decide about aborting their baby and the time pro-life counselors have to educate them about their options.

Threesa Saddler directs Raffa, a ministry in Northeast Texas that offers support to families and women with unplanned pregnancies. She says women now feel a looming sense of urgency that can overwhelm them.

SADDLER: I would say the other big thing that we've seen that we've suggested to other centers is being able to serve her quickly. Being, having the staff and the resources and the time schedule available, that if she calls at 4 o'clock on a Thursday, you got her. Yeah, we can get you in. you know, and so Just making sure you have the the ability to serve those needs. That's been the biggest takeaway that we've had to change is our schedules have become very flexible. Let's put it that way…

If Roe is overturned, a Texas law banning abortion, except to save the life of the mother, will go into effect 30 days later.

According to the Texas Department of Health and Human services, abortionists in the state performed almost 57,000 abortions in 2019. That number represents a lot of women who could be seeking assistance if abortion becomes illegal. Saddler says pregnancy centers need to be prepared.

SADDLER: Because if she's telling me I'm behind on my rent, there's no way I can have a baby right now. Okay, let me take care of that. So she's never going to be able to be successful if the church doesn't step up and meet those needs. That's the biggest need we see because all we hear when she does come in is barrier, barrier, barrier. Right? I can't have this baby because, fill in the blank. So, if we want to create a world where abortion is unthinkable, how do we remove whatever is in that blank?

Like Raffa, Agape is shifting to provide resources in-house instead of referring women to services in the community. And, if Markham’s experience over the last eight months is any indication, she’s confident donors will meet those needs in a post-Roe America. Since September, donations have exceeded 20-year averages, providing for new staff and a facility remodel.

The clinic directors said even with abortion bans in place, the practice won’t end because of easy access to online abortion pills. Shipping them into Texas is illegal.

SADDLER: But anybody with a cell phone can go on to websites that are overseas pharmacies and purchase the pills…

That’s why pregnancy centers will need to dramatically increase their marketing campaigns.

SADDLER: A large marketing campaign digitally is very difficult, but the abortion clinic is no longer “We have to drive to Dallas to go get our abortion.” If they have a cell phone, they can get an abortion. So, the abortion clinic’s in their hand now, which means for so many times, the only way I have to reach them is to be in that search, or on, you know, a Snapchat ad or, you know, an Instagram ad, and advertising on those platforms where our target audience is, is extremely expensive…

A group of about 20 pregnancy center directors across Texas meet weekly online. Markham said their meetings began during the pandemic but have proven especially helpful since the Heartbeat bill went into effect. She admits they weren’t prepared then.

But they’ve learned since then, and Markham says they’re happy to share with facilities across the nation if Roe v. Wade is overturned.

MARKHAM: I never thought I would live to see it. And then we began to talk about praying, and I could all I could pray was just “Jesus, Jesus, you know, just Jesus. Do it, let it be.” And just so hopeful now that this is going to happen, that it's going to be overturned. That lives will be saved. This has gone on too long. This has gone on too long. And it's time. It is it's time.