Devotion is a film about real heroes facing real struggles 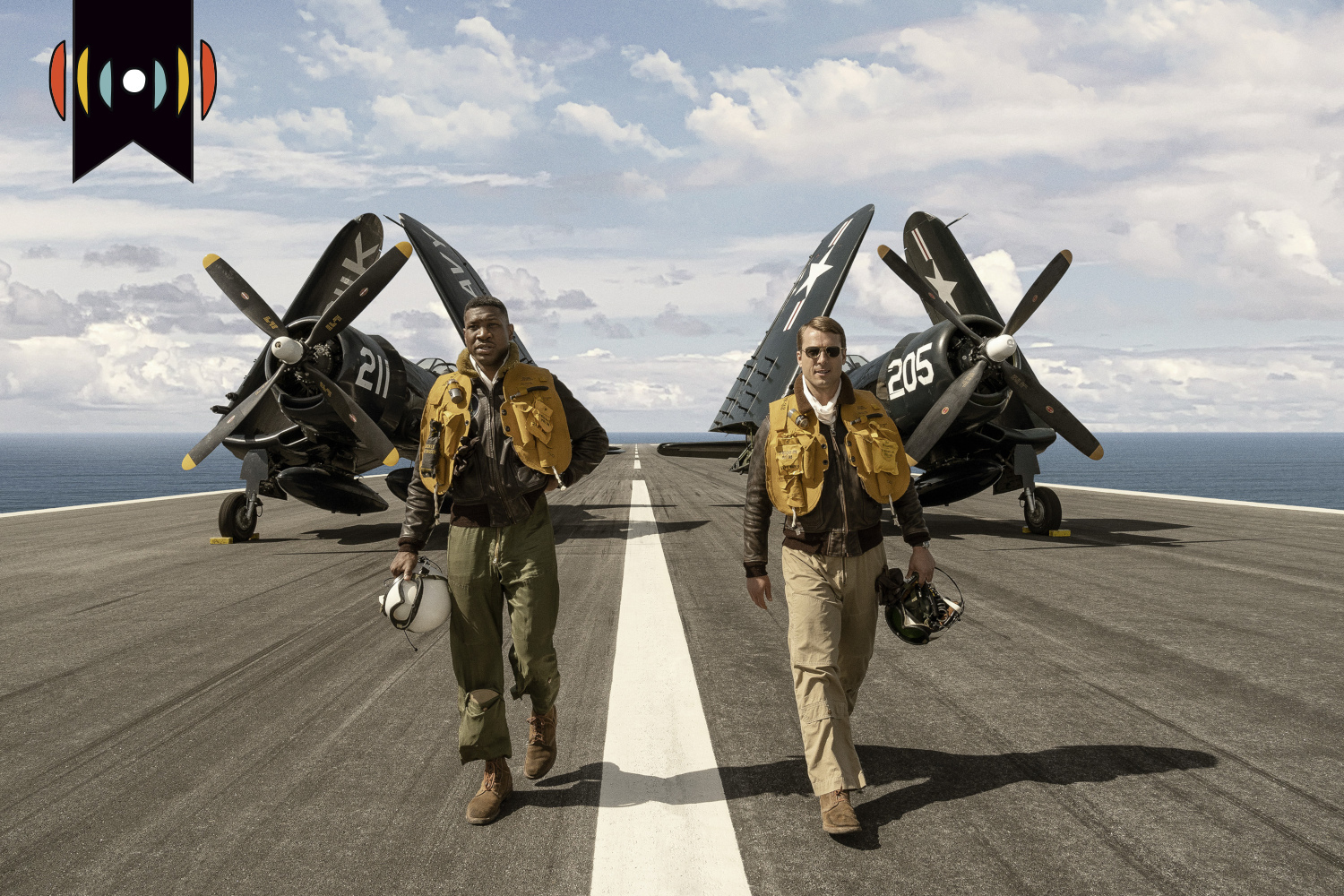 MYRNA BROWN, HOST: Today is Friday, November 25th. Thank you for turning to WORLD Radio to help start your day.

Hollywood knows Thanksgiving week tends to be a popular time for Americans to head to the movies. Here’s arts and media editor Collin Garbarino with some thoughts on movies you should watch out for.

COLLIN GARBARINO: During the Thanksgiving holiday week, animated family movies usually reign supreme. Nine of the top ten biggest box-office receipts for Thanksgiving are beloved family classics. But if you’re planning to head to the movies this week, you probably should keep the kids at home.

Searcher: You brought the dog? What are you doing here?

Searcher: Ethan, we talked about this.

That’s Disney’s latest animated movie—Strange World. It’s a journey-to-the-center-of-the-earth story featuring a father, son, and grandfather, who go on an adventure in a “strange world.” But this might be Disney’s wokest movie so far. The teenage son Ethan is the studio’s first gay main character. And the movie offers some heavy-handed moralizing about being sustainable and eco-friendly. It’s certainly not going to be fun for the whole family. For the kids maybe you could pretend like it’s 2013 and queue up a Frozen sing-along with Anna and Elsa.

But older teens and adults have a few options. You could see Glass Onion, the sequel to Rian Johnson’s oh so clever murder mystery Knives Out. And then there’s The Fabelmans, Steven Spielberg’s semi-autobiographical movie about a Jewish boy who falls in love with movies. Hollywood loves movies about movies.

But if you want to see a movie based on a true story, you might be interested in Devotion. It’s an inspiring movie about naval aviators during the Korean War.

Cevoli: The North Koreans came pouring over the 38th parallel. This is war, and we’re up.

Brown: That was pretty good.

The movie is set during the Korean War, but the action is secondary to the relationship between Brown and Hudner and the racial tensions Brown faces being the first black man to fly for the Navy.

Reporter: Your commanding officer called you one of the best pilots he’s ever seen. It must be hard being—

Brown: A naval aviator. It’s the toughest job there is.

We see Brown suffer some overt racism, but the movie has a lot of nuance. Much of the film’s energy flows from Brown and his family navigating softer or subtler racism.

Brown: I can’t tell you how many times people have told me to give up. Quit. Die even. That’s why you can’t always do what you’re told.

Hudner: What do you want me to do?

Brown: Just be my wingman.

Majors plays the role of Ensign Brown as a man fueled by the pain and hurt he’s experienced. He possesses self-mastery, but you get the sense there’s a deep-seated anger raging beneath the surface. Lieutenant Hudner wants to be Brown’s friend. But the two men have experienced the world differently. Hudner doesn’t always understand Brown. Brown struggles to trust Hudner and feels the need to prove himself.

Brown: Two-zero-five, I still have ordinance. I can hit the bridge.

Hudner: It’s too much AA, two-eleven. Stand down. Jesse, stand down! That’s an order!

Devotion is the first big movie for director J.D. Dillard whose own father was an African-American Navy pilot. Maybe that personal connection accounts for the respect and sensitivity the film exhibits for the military. Despite depictions of racism, this is a patriotic movie.

Devotion has some fantastic cinematography, and some of the battle scenes feel uncomfortably real. It’s incredible to me that pilots ever flew those souped-up tin-cans with propellers into combat. It’s a wonder any of these men survived. The action sequences are intense, but Dillard shows the horror of war without being gratuitous.

Pilot: That a boy, Jesse!

Besides the war sequences, Devotion gets its PG-13 rating for strong language. Some of the military men engage in a bit of coarse jesting. But the language is likely pretty mild compared to the historical reality.

My biggest complaint about this film is that at 2 hours and 20 minutes, it’s too long. A couple of the scenes in which Brown and Hudner stumble toward friendship feel redundant. But the long running time is a minor flaw.

This is a film about real heroes facing real struggles—both internal and external. The movie doesn’t apologize for the belief that America, despite its problems, is a special place worth fighting for. It shows us friendship and courage, and it teaches us about the importance of love and sacrifice. Devotion gets a thumbs up from me.