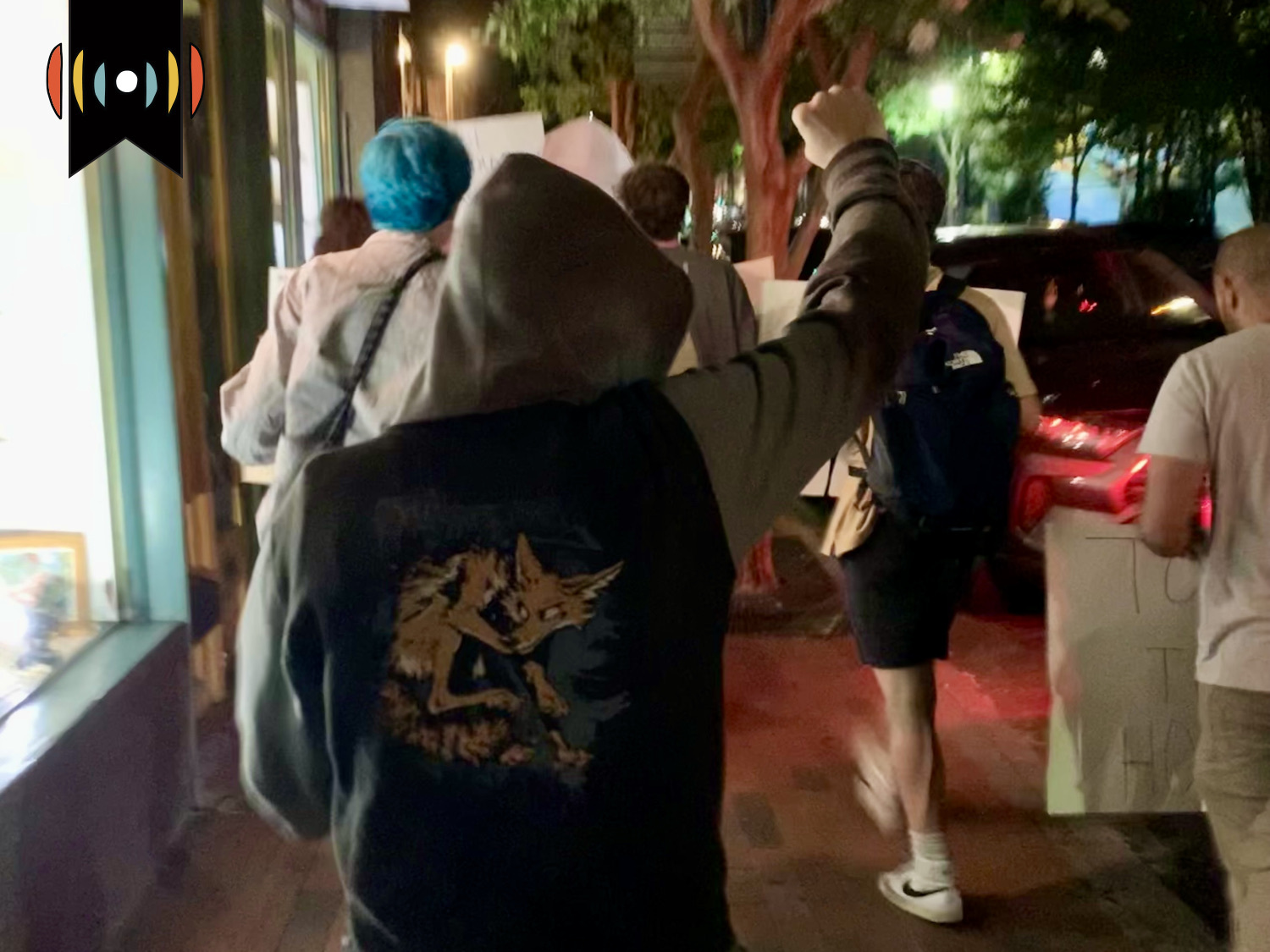 MARY REICHARD, HOST: WORLD sent a correspondent to one of those protests to better understand the claims that pro-abortion protesters commonly make. Over the coming months we’ll wrestle with a handful of those arguments and provide answers. Here’s WORLD correspondent Caleb Bailey.

AUDIO: Hey hey, ho ho, the patriarchy has got to go…

CALEB BAILEY, REPORTER: On most Saturday nights in downtown Asheville, North Carolina, it’s not unusual to see one or two protesters. But tonight, there are 30.

This protester is referring to the recent Dobbs v. Jackson decision by the U.S. Supreme Court that overturned Roe v. Wade.

LEVENTHAL: So the rules that in the rules and laws that they formed in the 1950s, and 60s, even the 1920s and 30s are now back in action as soon as the ruling was overturned, so every state can decide what their rules are about abortion and about women's health care and contraceptives.

AUDIO: My body my choice…

Signs read “Abort the Supreme Court.” and “Keep Your Policies Off My Body.” Drawings of scissors, female body parts, and blood stains surround vivid words. Most are willing, even eager, to talk.

Fewer, though, are eager to listen. Randy Alcorn is an author and pro-life advocate.

ALCORN: People have a profound inability anymore, it seems to really listen to what other people are saying. And so what you end up with is “dialogues of the deaf”, which is no dialogue at all, I mean, nobody's really hearing… everybody's formulating their next response.

At tonight’s protest, most arguments were familiar: “A woman deserves choice.” “The foster care system is a mess.” “What if she was raped?”

Alcorn’s book Prolife or Prochoice: Examining 15 Pro Choice Claims addresses common arguments. And every single one of them hinges on when life and personhood begin.

At the protest, a young woman named Taylor Cooper stands quietly to the side. Her sign lists states that have already passed laws protecting babies from abortion but make exception for rare instances such as rape or risk to the mother’s life. She’s trying to show that abortion is already heavily regulated some places, so more pro-life laws aren’t needed.

I asked her what she believes pro-lifers don't understand.

COOPER: I think people just have a misconception or different understanding of what they think a viable life or a baby is.

It’s a common response. Personhood is the central crux of the whole debate. And it’s where Randy Alcorn likes to start each conversation on the issue with people who identify themselves as—quote—“pro-choice.”

ALCORN: Pro-choice is such an indiscriminate term…So if I want to go out and break into your car and remove your stereo that's fine (because) you believe in my right to choose that. Well, no. Well why well no. … because you're doing harm to somebody else…So if I can demonstrate to you that abortion brings harm to a human being, would you no longer be pro choice about abortion?

He says that each of us have access to the same empirical data. But we are often selective in which data we embrace based on our biases. Undeniable realities are a good starting point for meaningful conversations.

ALCORN: The new person burrows into the wombs wall for safety and nourishment. His or her gender can be determined by scientific means. Human features are discernible. The heart is forming and the eyes start to develop. The heart pumps blood throughout the body. The unborn baby has budding arms and legs. She has a brain and has multiplied in size 10,000 times. Her mouth, ears and nose are all taking shape. The preborn child's brain waves can be recorded and her heartbeat, which began three weeks earlier can be detected by an ultrasonic stethoscope. Her skeleton is formed and her brain is controlling the movement of muscles, and organs…every child who is surgically aborted. Everything I just said is already true.

If the first step to a conversation is an open ear, the second step would seem to be finding common ground. Do you truly understand the goals of your counterpart? Or is it all based on assumptions fed by those who agree with us?

ALCORN: Also, I think, stigmatizing each other from the get go. So that we feel like we're not really talking to a rational human being. If we only call them names, then I feel like we tend to lose our audience.