Virginia Gov.-elect Glenn Youngkin speaks to the media after a transition luncheon in front of the Governor's Mansion at the Capitol in Richmond, Va., Thursday, Nov. 4, 2021 Steve Helber/Associated Press Photo 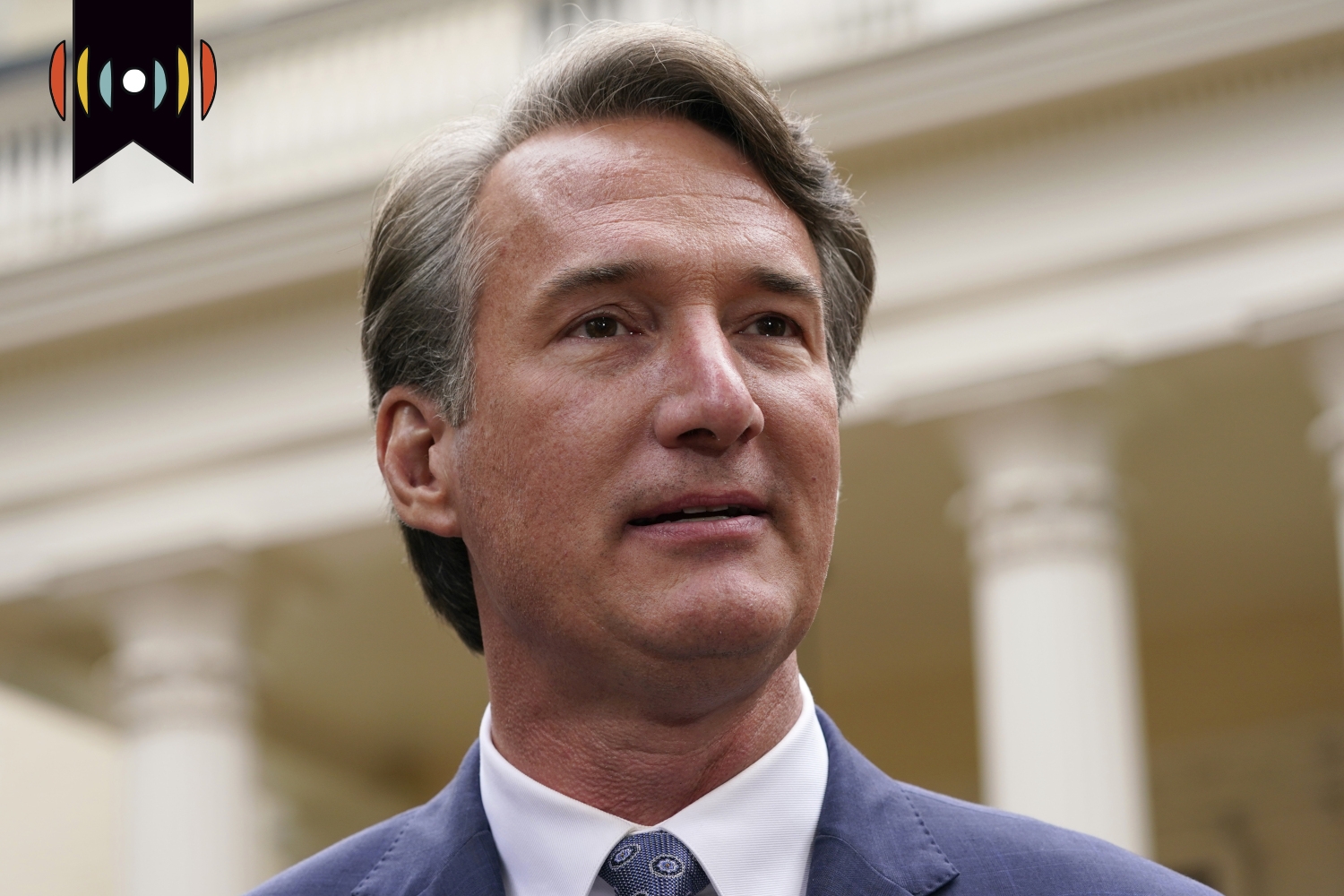 MARY REICHARD, HOST: Coming up next on The World and Everything in It: turning the blue into red.

Republicans celebrate a big win in what many saw as a bellwether election.

Last Tuesday, voters in Virginia elected a new governor. And they did something they hadn’t done in 12 years—only done once in the past two decades, they picked a Republican.

YOUNGKIN: Together, we will change the trajectory of this commonwealth!

Many analysts saw the election as a preview of next year’s midterm elections.

Virginia is a purple state, but it’s one that’s been trending blue for some time now.

A Republican also very nearly won a governor’s race last week in the deep blue state of New Jersey. And those elections have Republicans feeling optimistic about 2022.

REICHARD: Here to talk about those elections and what they might mean for next year is Kyle Kondik. He is director of communications at the University of Virginia’s Center for Politics. Kyle, good morning!

REICHARD: Well Kyle, you had a front row seat for the Virginia election, right there in your home state.
What did the voters who were able to be swayed to the GOP in Virginia cite as the deciding factors? I know Youngkin talked a lot about critical race theory and giving parents more say over what’s taught in schools. But any information on what caused the majority of them to back Youngkin?

KONDIK: I think the stage was set for this election a year ago when Joe Biden won the White House because what we've seen over time in Virginia gubernatorial races is that the race often breaks against the White House party. This was the 11th time in the last 12 Virginia gubernatorial elections that the party that did not hold the White House won this race. The only exception was when Terry McAuliffe, the Democrat, won the governorship in 2013, he bucked that trend. He was unable to do that here in 2021. Now granted, I think you could also argue that if Glenn Younkin maybe hadn't been able to emphasize the issues that he wanted to, you know, maybe he would have lost close instead of winning close. And so I think he deserves credit for running, I think, a pretty strong campaign, but he was definitely aided by the overall political environment and these usual factors that break against the White House party.

REICHARD: Sen. Mark Warner said progressives who held up a House vote on the bipartisan infrastructure package deserve some of the blame for this loss. Others have different explanations. There’ll always be debate after a loss. What do Democrats seem to be taking away from this?

KONDIK: You know, I do think that there really should be an acknowledgement that Biden's approval rating is so low that it causes political problems for the party. And that, I think, was sort of confirmed—to me anyway—by the Virginia New Jersey results. It's interesting that Democrats won both of those races comfortably the last time they were contested in 2017 and 2021. And yet there was almost an identical roughly 10 to 11 point shift in those races from 2017 to 2021. That was enough to flip Virginia and give Phil Murphy a relatively close race in New Jersey, although he's the Democratic incumbent governor who ended up winning reelection. But it is interesting that they shifted in almost exactly the same way, which tells me that this was sort of more about these bigger picture environmental factors, than maybe the specifics on the ground in the two races. And that's not to say that the candidates and campaigns don't matter. It's just to say that I think the big driver in a lot of these races are these kind of nationalized, kind of fundamental factors. And, you know, it's just hard as a Democrat to do well in competitive places when the president is unpopular, because you have to then win people who disapprove of the president's job performance. And, you know, that's always hard. I think Republicans found that out during the Trump years, particularly the first two years of the Trump years, where they performed poorly in these Virginia, New Jersey races and then performed poorly in the 2018 midterms, particularly in the House and the gubernatorial races.

REICHARD: Well as we mentioned, Virginia has been trending blue for quite a while now. And Republicans also had a strong showing in New Jersey, though they didn’t win there. Is this a bellwether? Is this an early indication of a tough political climate for Democrats next year?

KONDIK: These races are not always a bellwether for the future. You know, one example is, you know, Mark Warner, a Democrat won his governor's race in 2001. That was right after 9/11. That was not predictive of Republicans having a bad midterm in 2002, for instance. But more recently, if you look at, ‘05, ‘09, even 2013 to some extent, even though Terry McAuliffe ended up winning, and Republicans had a had a good year the following year, but that race was closer than the polls suggested, which maybe told us a little something about the environment. You know, 2017 Democrats did great in Virginia, and they did great in the 2018 midterm. I think if we're a year from now and heading into the election, and the numbers look the way they do and the big picture with the president's approval rating being low, you know, you would not expect the Democrats to have a good election in that circumstance. And so if anything, I think that the elections last week, they sort of showed that, you know, the normal rules of political gravity still apply, you know, that if the president's unpopular, he ends up being a drag in a lot of different races and again, that's my big takeaway from last Tuesday.

REICHARD: Kyle Kondik with the University of Virginia‘s Center for Politics has been our guest. Kyle, thanks so much!