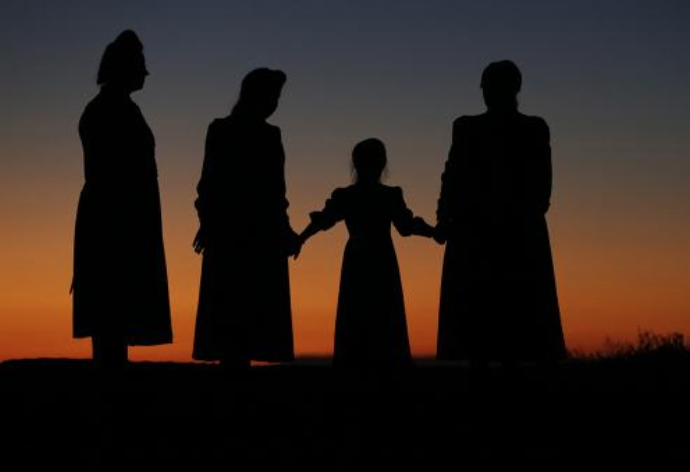 MEGAN BASHAM, HOST: Coming up next on The World and Everything in It: decriminalizing polygamy.

NICK EICHER, HOST: Joseph Smith founded the Mormon religion in 1830. From its early beginnings, polygamy has been a part of its beliefs. Joseph Smith claimed God wanted Mormon men to marry multiple women. Historians say Smith himself had as many as 40 wives. Some were already married and one was only 14.

BASHAM: After Joseph Smith’s death, his followers brought the practice west to Utah. That was a barrier to the territory’s gaining statehood because federal law banned polygamy.

Under pressure from the U.S. government, Mormon president Wilford Woodruff ended the practice in 1890. Then, six years later, Utah became a state.

EICHER: Most—but not all—who call themselves Mormons gave up polygamy. Today, researchers say there could be as many as 100,000 members of polygamist families—many of them living in Utah.

Now, a new state bill there aims to diminish penalties for the practice.

The senators voted to remove the threat of jail time for consenting adult polygamists. Instead of being a felony punishable by up to five years in prison, polygamy would be classified as an infraction, like a speeding ticket.

HENDERSON:  Far from deterring the practice of plural marriage these government actions merely isolated polygamist families, drove them underground, instilled fear and led to a culture of secrecy within their communities.

Henderson, along with supporters in polygamist communities, argues by removing the threat of punishment, it will be easier for victims of abuse to report crimes.

HENDERSON: Abuse victims may not report to law enforcement because of the fear of arrest or losing their children to state custody if they are discovered to be in polygamous relationship.

HENDERSON: There are also barriers to medical care to mental health treatment, to education, to employment to social services and to justice.

But some legal scholars and human rights advocates disagree.

Amos Guiora is a law professor at the University of Utah Law School. He’s researched and written extensively on polygamy. He says the practice itself is causing problems. Not the fact that it’s illegal.

GUIORA: The human rights crisis is that polygamy is occurring.

Guiora says polygamy systematically violates human rights. Marriage is chosen for women. Underage girls are forced into marriages. In Utah’s polygamous communities, many times men, women, and children are stripped of the rights to own property and to an education.

That’s why, even in socially liberal Canada, a Supreme Court judge upheld a ban on polygamy in 2018.

GUIORA: The Canadian court, having heard a significant number of experts, social workers, psychologist, law professors, came to the conclusion that polygamy, indeed is a crime of harm.

Guiora says one big reason polygamy hasn’t gone away in Utah is because the state attorneys general and police look the other way. Even though the state constitution says “polygamous or plural marriages are forever prohibited.”

GUIORA: It’s fair to state that government authorities know that, they know the crimes being committed.

Angela Kelly leads the Sound Choices Coalition, an organization advocating for the end of polygamy.

She says the pending legislation isn’t tackling the right problem. Women and children struggle to report abuse because they don’t know how they will live afterwards. Not because they are afraid of the law.

KELLY: If you decriminalize domestic violence, would you have more victims coming forward? No. That’s not why victims don’t come forward. They don’t come forward because they don’t have any hope that their life will get better. Right? It’s only when you can show them, hey, we have resources for you. There’s a way out. We can help you with your kids. We can help you with food, shelter, necessities of life, that people then finally can step out of oppression.

SB-102 is now headed to the state House of Representatives where it is expected to pass. Republican Governor Gary Herbert has not said whether he supports the bill.

The University of Utah’s Amos Guiora says if the bill does become law, a legal battle between Utah and the federal government could flare up—bringing the polygamy debate full-circle.