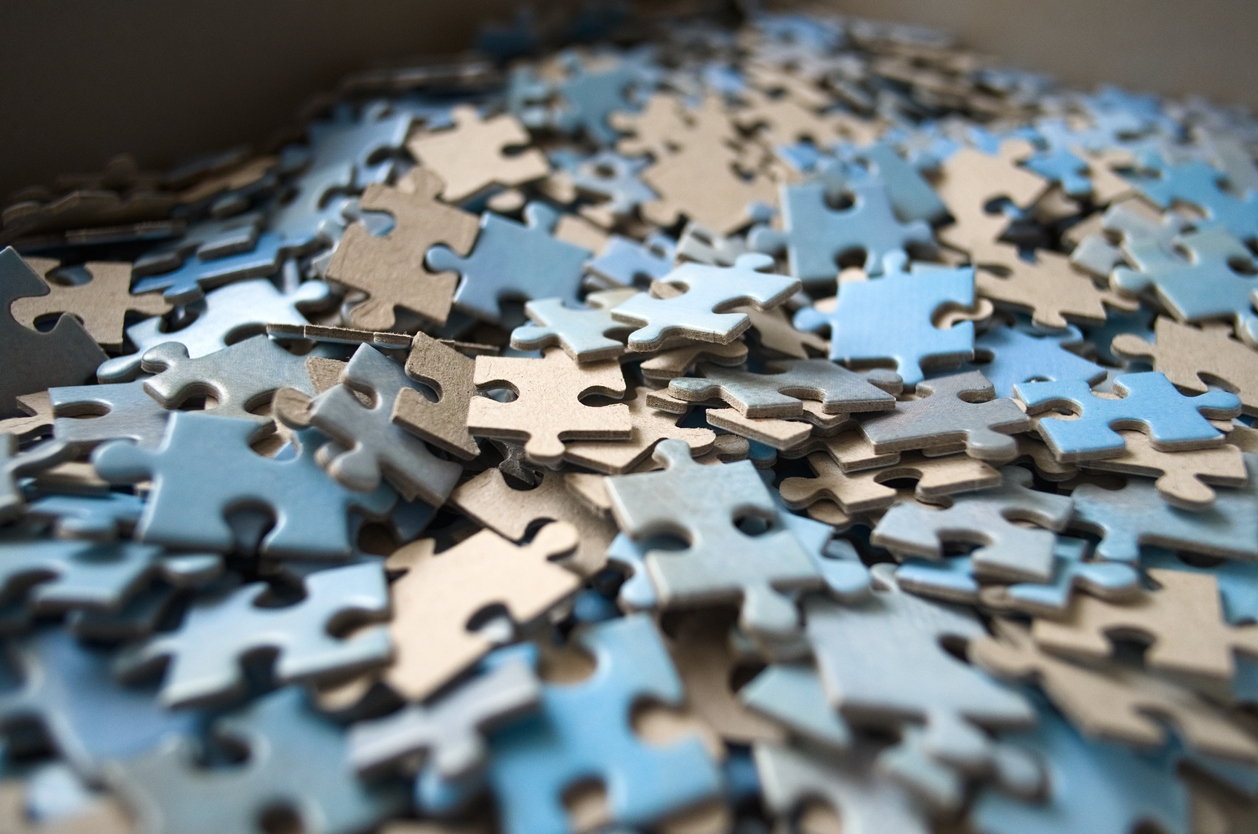 MEGAN BASHAM, HOST: And I’m Megan Basham. Coming next on The World and Everything in It: a shortage we might fairly call puzzling.

Well, not puzzling in the sense we can’t figure it out. But rather in the sense that it’s about jigsaw puzzles in short supply. WORLD reporter Sarah Schweinsberg now on one industry that’s enjoying more demand for its product than it can fill.

SARAH SCHWEINSBERG, REPORTER: Throughout the coronavirus lockdowns and closures, I’ve been blessed to keep working.

But in the evenings, I’ve had some extra time on my hands. So I’ve turned to setting jigsaw puzzles.

SCHWEINSBERG: I’m looking at two, 1,000 piece puzzles that I’ve already completed all by myself. One is of Moraine Lake in Banff, Alberta Canada. And the other is a lovely sketch of Paris. It’s very colorful and has the Eiffel Tower and the lovely cafes on the sidewalks.

I enjoyed those puzzles so much that I wanted more. But when I tried to place an order with Amazon, it said it would be June before I could get my next puzzle. Puzzles on other websites were either sold out or had delivery times of three to four weeks.

And I wasn’t wild about buying a used puzzle online because of germ concerns. After all, puzzles are pretty hands on.

WAY: So we carry about 10,000 different choices from literally every brand that you can buy.

Way says before quarantines began puzzle popularity was already on the rise.

WAY: We’ve seen millennials coming in to do jigsaw puzzles because they’ve grown up with digital everything, right? So they are looking for something different.

But the last six weeks have been like nothing he’s ever seen before. Typically the Christmas season is the biggest sale season for puzzles. March and April have put the holiday season to shame.

WAY: Normally, we might do 500 sales a day. Since the COVID thing has happened, our business has grown 10 times, so on any given day… we’re doing between 3-and 5-000 orders a day, it’s totally insane.

Millions of people like me at home with a spouse or children or grandparents are turning to jigsaw puzzles.

WAY: How many hours of Netflix can you really watch after you’ve been home for weeks?

COMMERCIAL: Have you ever wondered what it is about Ravensburger puzzles? In puzzles of 1,000 pieces, no two pieces are the same.

Ravensburger is one of the oldest puzzle manufacturers in the world. Thomas Kaeppeler runs the German company’s North American office.

KAEPPELER: Our retailers reported puzzle sales five times as high on March 16, as they were on December 16…. and the demand has literally not stopped. You bring puzzles out to market. You ship to retail and the minute they hit retail shelves they are gone.

He says the company is having trouble keeping up with orders in the United States because puzzle demand in Europe is just as strong.

But the good times can only last as long as the puzzle supply keeps rolling in. There are four puzzle manufacturers in the United States. Two of them are still open.

But many other puzzles are imported from Europe and some from China. Factory closures and customs hang ups means supply from those factories is interrupted.

WAY: We’re very consistently now running two weeks behind, and we think by next week we will start getting caught up a little bit each day.

Way, Kaeppeler, and King say they each feel some guilt that while so many other businesses are struggling they are experiencing unexpected success. So they are each looking to give back.

WAY: As a bright spot, we have hired about 80 different people that would be sitting at home not working right now, and a lot of them are people that don’t qualify for unemployment. Maybe they were a restaurant worker or in a position where they don’t have another income source.

KAEPPELER: That’s the two hearts beating in my chest and there on one hand, you’re feeling guilty and on the other hand, you’re feeling proud that you’re actually able with all the safety precautions in place, to provide a product that people seem to really want and need right now.

So, while I wait for my new puzzle to come in the mail, maybe I’ll break up my Paris or Moraine Lake puzzle and start over.