Pieces of the past

WORLD Radio - Pieces of the past 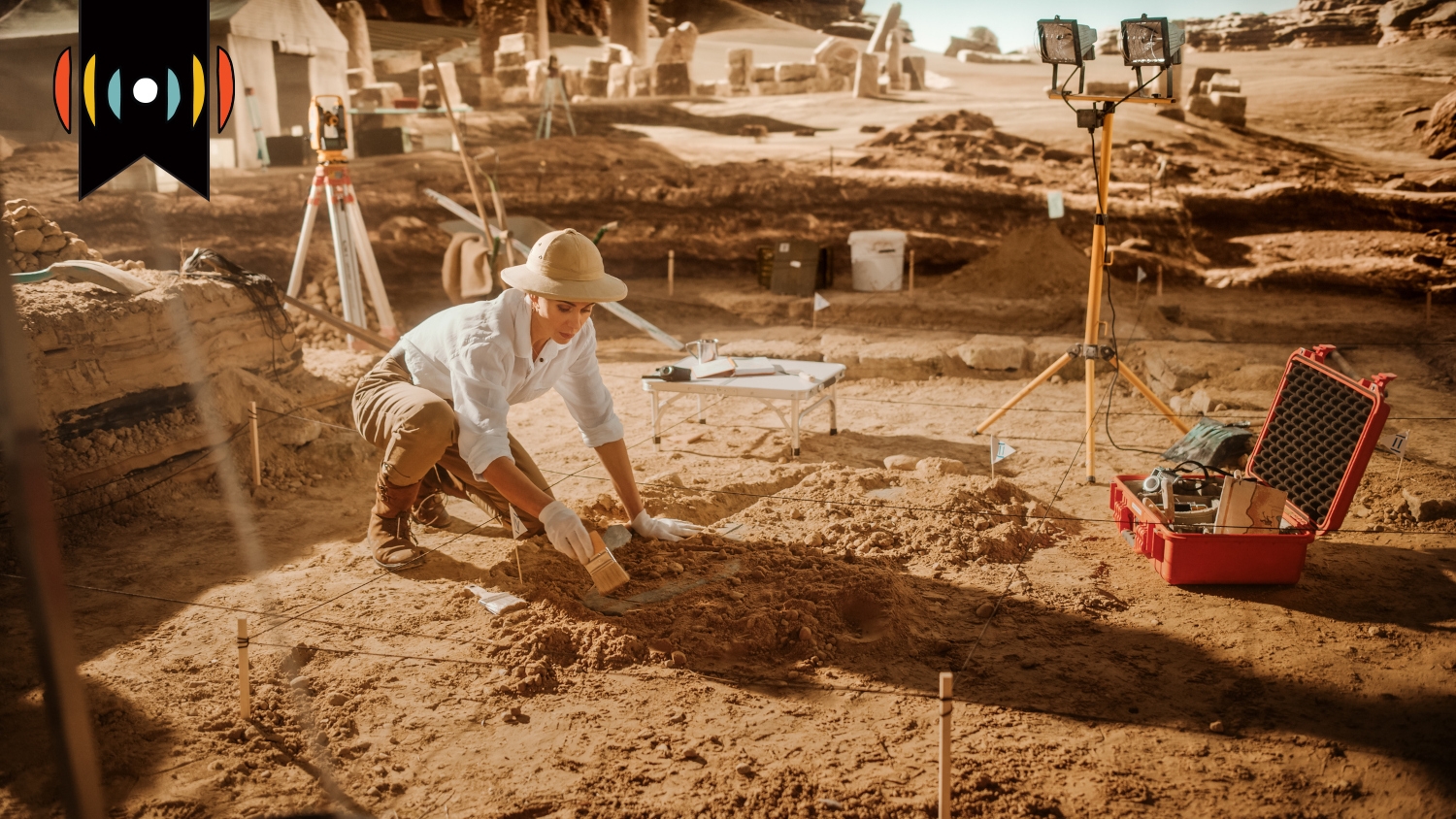 You’re listening to WORLD Radio and we are so glad to have you along this morning. I’m Mary Reichard.

NICK EICHER, HOST: And I’m Nick Eicher. Coming next on The World and Everything in It: uncovering the past.

For more than a year and a half, archeologists working in Israel have been stymied by COVID restrictions. Still, the Antiquities Authority has been busy during that time.

Here’s WORLD’s Paul Butler with a survey of some of the most significant finds of 2021—and—a preview of a significant dig site about to re-open.

PAUL BUTLER, REPORTER: Anyone familiar with the Indiana Jones franchise has a certain image of an archeologist. No offense to Harrison Ford, but he’s got nothing on Scott Stripling. The bald-headed, 59-year old with a wide smile looks more like a wrestling coach, or drill sergeant, than a pastor and theologian turned archeologist and apologist.

STRIPLING: If I seem defensive, maybe it's for good reason, because the Bible is constantly under attack, and it's guilty until proven innocent. 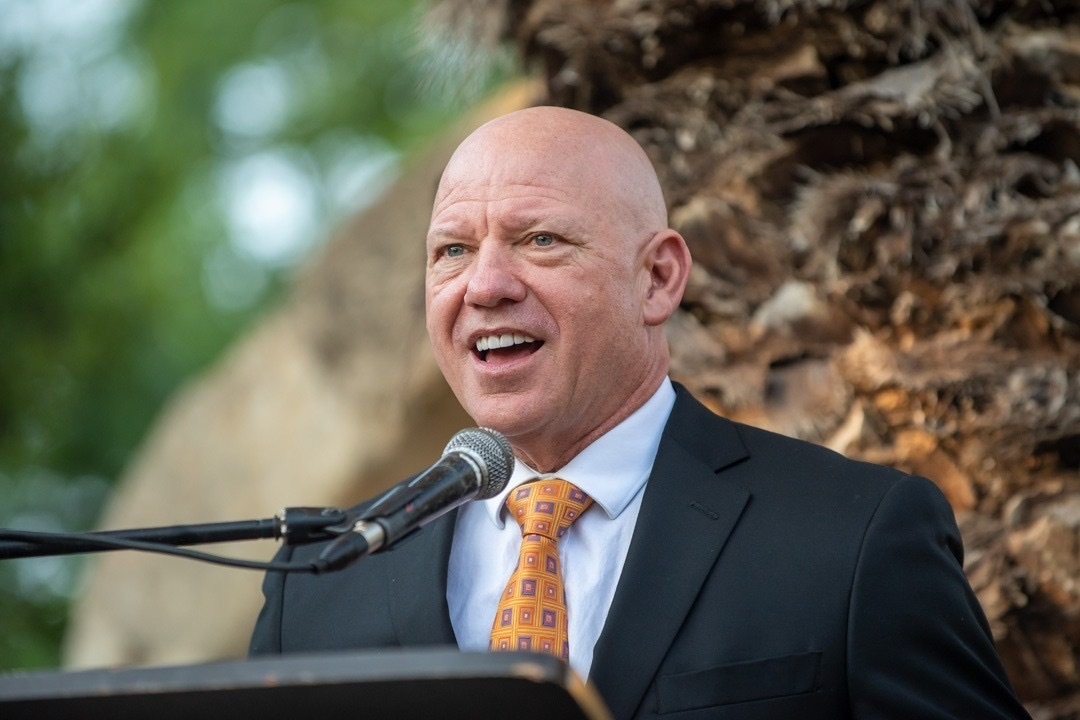 Scott Stripling is director of excavations at Shiloh for the Associates for Biblical Research—or ABR.

He says secular academics often take Egyptian literature, or Babylonian literature, at face value and assume it’s a true record, but when it comes to the Bible, they automatically read with suspicion. Stripling is committed to sound Biblical archeology to provide Christians with additional confidence in the Scriptures.

STRIPLING: We have not uncovered anything in the archaeological material that contradicts the biblical text.

In early 2020, Israel shut its borders and locked down the country. International archeologists had to close up their dig sites and leave. Most have still not been allowed back in.

That’s not to say there haven't been interesting archeological discoveries this year. Just a couple weeks ago, the Jerusalem Post ran a story about an 11-year old girl who found a rare silver coin from around the time of the destruction of the temple—probably minted by the Zealots. This summer, a farmer found a large, unbroken stella—or stone memorial—60 miles from Cairo. It provides evidence of Hophra, an Egyptian pharaoh from around the time of the Babylonian exile. He is one of only six pharaohs mentioned by name in the Old Testament scriptures.

When the Israeli government began loosening COVID restrictions this year, the Israel Antiquities Authority—or IAA—went back to work on a number of projects. Scott Stripling says a few of them led to significant discoveries. The first is a synagogue in Magdala.

STRIPLING: Just a few days ago. Magdala, on the Sea of Galilee, between Tiberius and Capernaum, produced a second synagogue. And so this is the first New Testament city to have two synagogues, dating clearly to the first century from the time of Jesus.

That’s important because in recent decades there’s been a growing number of historians claiming the gospel references to synagogues are made up. The fact that the IAA uncovered the most recent 1st century synagogue goes a long way to reinforce the Biblical record.

Nine months ago, the IAA also uncovered more Dead Sea Scroll fragments in the Qumran region. They were found in a previously unknown cave.

STRIPLING: And these fragments date to the Bar Kokhba period, or the second revolt, but the fact that new scroll fragments, and these come from Zechariah, and Nahum, they come from the book of the 12 Minor Prophets, is just very significant...

Stripling says there are many caves in the area that have collapsed due to earthquakes. He believes there will be more discoveries there in the years to come.

STRIPLING: And so it's many times by happenstance that these things get revealed, maybe even another earthquake comes along and, you know, move some of the stone and you can see that there was an ancient cave there. I think there are more unexplored caves than there are caves that we've already explored.

Another important find from 2021 comes from Lachish—in the Judean foothills. A milk-bowl there provides evidence of the Hebrew language appearing earlier than many secular scholars have been willing to acknowledge.

STRIPLING: It appears to be the oldest alphabetic script found so far. And so these discussions are going to be very interesting, but at the least it tells us something about literacy in that time of the conquest...

Not all archeological discoveries with Biblical importance this year occurred within Israel. Stripling describes a recent find that helps us understand Roman crucifixion:

STRIPLING: About a week or two ago, we had a very interesting find out of Great Britain. And this is a crucifixion victim. And it probably dates to the third century, its middle Roman period, with the nail still through the heel.

Not only does it shed further light on the process of crucifixion, but it also illustrates that victims could be buried in private graves afterward. Something past critics said would never happen, calling into question the crucifixion account in the gospels. It may not be a slam dunk, but it’s one more piece of evidence that supports the Biblical record.

Since 2017, Associates for Biblical Research has overseen a large excavation site at Shiloh. That’s the location where Joshua set up the tabernacle in the promised land. In 2019 Stripling and his team believed they’d uncovered enough evidence to prove they’d found the exact location. They sealed the site to return in early 2020 but weren’t allowed back due to COVID restrictions.

Stripling was finally allowed in to examine the site a few months ago, and it appears to be untouched. He’s anxious to return with his team—something he’s scheduled to do in just a few weeks.

STRIPLING: We were supposed to be open a couple weeks ago. And then with Omicron, that was postponed until December the 22nd. I have a team ready to fly out on December 31st and start working on January 1. So as we speak, it's all still up in the air.

Even with so many other pressing needs right now, Stripling is committed to digging into the past.

STRIPLING: One of my favorite Psalms is Psalm 102: “Blessed are those who love your dust and cherish your stones…” and for me, this is a sacred thing that we get to do. Like Romans 1 talks about general revelation in nature and creation. And of course, the Bible is a special revelation, but I think we have a third witness, if we can interpret it correctly. And that's the material culture. So for me it's very meaningful and I see no need to bifurcate my faith from my scientific work in the field.