Picking up the pieces after a devastating tornado

WORLD Radio - Picking up the pieces after a devastating tornado 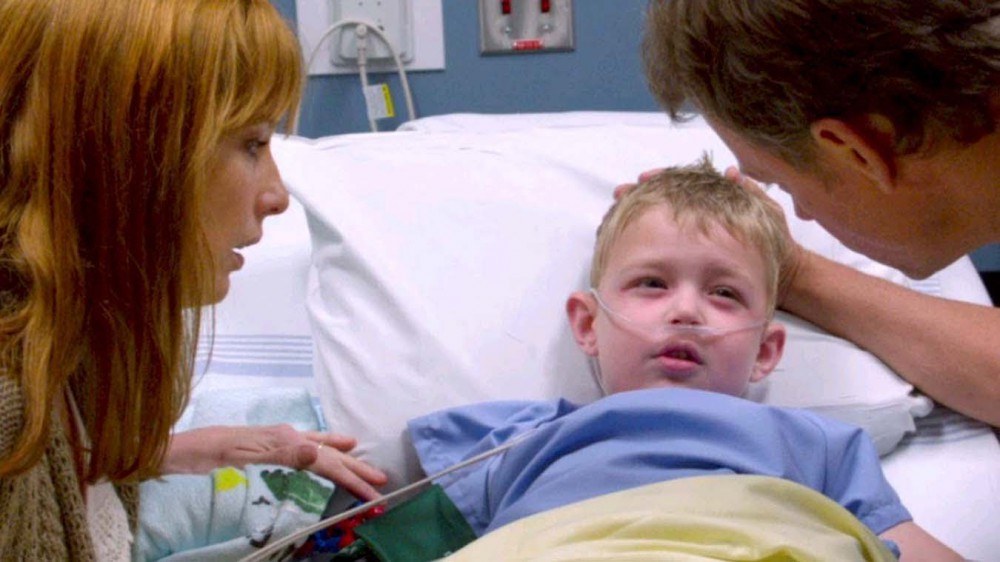 MARY REICHARD, HOST: And I’m Mary Reichard. Coming next on The World and Everything in It: when disaster brings out the best in us.

Six years ago, devastating tornadoes ripped through the Midwest. Dozens of them. One with winds up to 190 miles per hour hit the town of Washington, Illinois, 135 miles southwest of Chicago.

BASHAM: WORLD reporters Leah Hickman and Hannah Harris visited the town of 16,000. They talked to people who lived through it. Here’s Hannah with the story.

NEWS COVERAGE CLIP: Folks across Illinois and much of the Midwest woke up to a disaster zone this morning. The aftermath–unthinkable….

REPORTER: The tornado hit on a Sunday morning.

NEWSCLIP: If you are in the path of this cell, now is the time to take cover…

Washington residents Dan and Carol Learned were at church when the sirens went off. As they emerged from the church basement, one of their kids received a text from a neighborhood friend:

LEARNED: They texted, the whole Street’s gone. And we said, well, he can be a little dramatic sometimes. Yeah, he’s probably exaggerating. And it turned out he was quite correct.

The tornado tore open their roof and broke every window. Two-by-fours stuck through the walls. Furniture from the front room blew into the back yard. Carol Learned describes the scene:

LEARNED: It looked like a blender had gone through the house. Just everything’s broken and uh, just piles and piles of the insulation.

Matt Whitworth and his family live two minutes from the Learned’s. When the tornado hit, Whitworth was standing in his garage with his oldest son. His wife and youngest son were inside.

WHITWORTH: The next thing I knew is, I’m not like standing inside the house. My youngest or oldest son and I have actually been picked up and tossed basically in this area of the house, um, right in front of the basement door. Imagine this deafening sound and debris flying over and you’re just, you know, huddled down wondering what’s going to hit you next.

Debris cut Whitworth’s son in the back, narrowly missing his spine. When the storm passed, they took him to the hospital. Their damaged vehicles were unusable, but a stranger gave them the keys to his car.

NEWS COVERAGE CLIP: Reality is setting in for the people of Washington, many of whom lost everything. The National Weather Service estimates the twister brought winds 170 to 190 miles per hour…

When the Learneds arrived home, their friends were already there, waiting for them.

LEARNED: There’s a guy, Dan works with every day still. So I see him all the time and he just put his arm around me and just like, let’s go in and look together. It’s kinda like maybe at a funeral, you never know what to say, but just your presence is a big deal.

Some of the best help the Learneds received was from friends who texted or called to say they’re praying for them. Other friends gave them gift cards, washed their clothes for them, or made them meals.

WMBD 31 NEWS: And good evening everybody, I’m Bob Larson, and I’m Maria Chandler. Tornados touched down in Washington, Pekin, and East Peoria. The Red Cross has set up shelters at Crossroads United Methodist Church and the Evangelical United Methodists Church in Washington…

Local churches played an active role in helping newly homeless families like the Whitworths and Learneds.

DAVIDSON: I think immediately after the all clear was done, our church knew we needed to act.

Ben Davidson is the associate pastor at Bethany Community Church. The congregation meets in a community center less than half a mile from the path of the tornado. Once the storm passed, they went into the neighborhoods and invited people in. Then they compiled lists of the destroyed houses and matched the newly homeless with church families whose houses were still standing.

DAVIDSON: We couldn’t just drive by these devastated properties on our way to go do our ministries as usual. And so we suspended all of our ministries except for our Sunday morning ministry.

Bethany Community Church became a hub for volunteers from as far away as Florida and Alaska. They cleaned up lawns and provided yard supplies like shovels, rakes, and wheelbarrows.

Other churches collected donations for the tornado victims. Karen Frey from Grace Presbyterian Church in Peoria helped organize what she calls a “free Walmart” in an empty storefront in town.

FREY: There were clothes that were donated immediately. There were toiletries, things like that,  that were donated. And just as that, emergency first step place to be able to come and get some of those life necessity things that people need to make it to the next day. One of the biggest things was laundry detergent just so that they could take care of their things that were there. You know, take it to a laundromat to, to get it washed and cleaned so that it’s their possessions and what they are familiar with. And to give them that normalcy.

Other donations were not so helpful. Frey says they received so much clothing that they couldn’t use it all. Dan Learned remembers how some donated just to get rid of unwanted belongings.

LEARNED: And then there were just funny stories of people who were like…Well, I got a bunch of junk from my garage I’m trying to get rid of. Where will I take it? And we’re like, did you just say that? I mean, that’s not how we help people in times of crisis. We give of our first fruits.

Because the Learneds saw what helped them the most, they now know what to give others facing similar disasters. Dan and Carol recently helped with recovery efforts in another town by bringing gift cards to the families and helping dismantle a destroyed garage. Another go-to for them is cash donations. But they know from their own experience that the presence of friends is the biggest help. And that’s a resource not everyone has.

LEARNED: We went through a minor problem and we had hundreds around us to help us. There are people around the world going through bigger problems without the world sweeping in like what we enjoyed.

REICHARD: If you’d like to read more about this story, Leah Hickman’s written piece is featured in the November 23rd edition of WORLD Magazine.