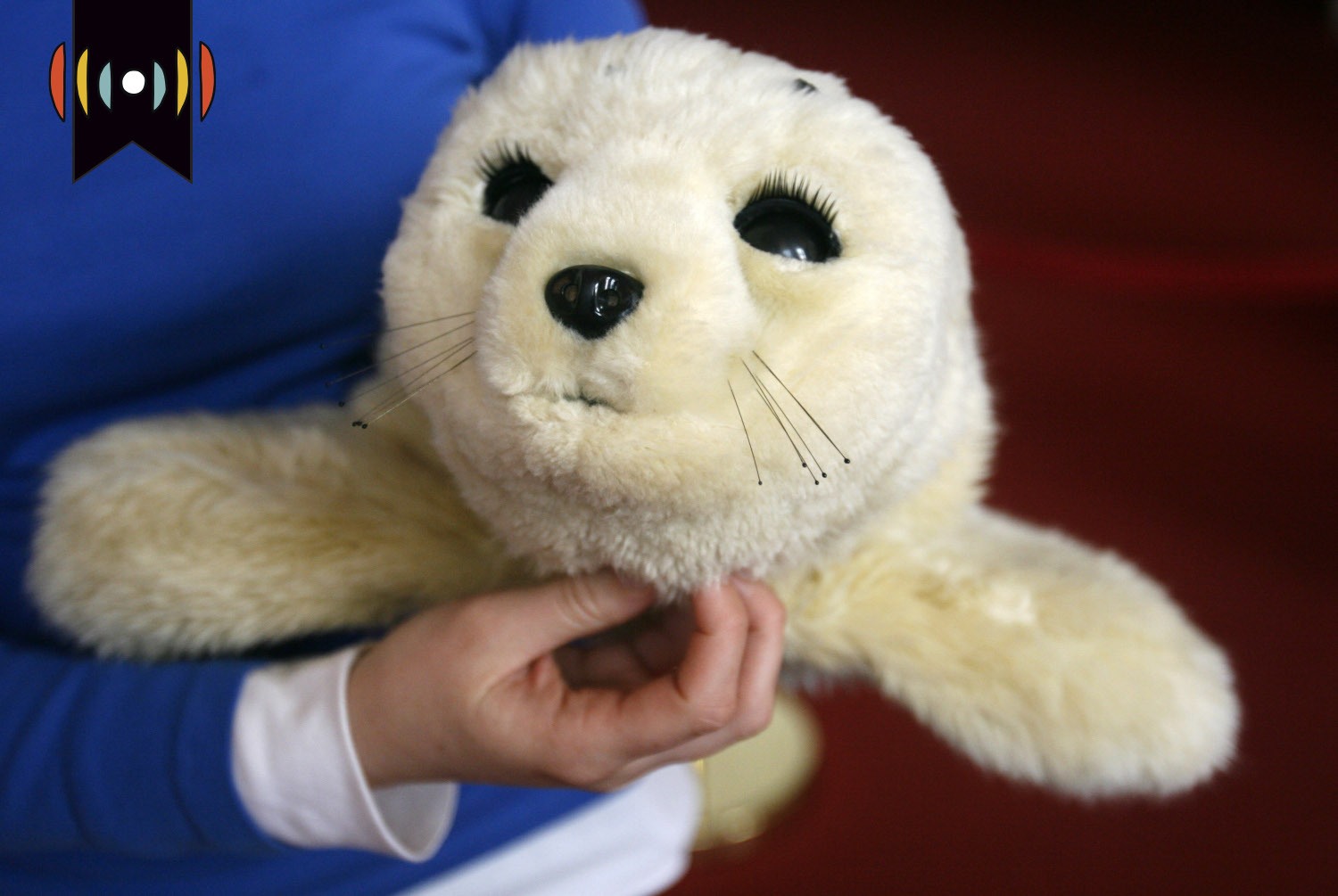 MARY REICHARD, HOST: It’s Tuesday the 15th day of February, 2022. Glad to have you along for today’s edition of The World and Everything in It. Good morning, I’m Mary Reichard.

Right now, 55 million people around the world suffer from some form of dementia. An Alzheimers’ group estimates that every three seconds, someone somewhere will develop dementia and that puts the number on track to double globally 20 years from now.

For decades, animal-assisted therapy has been one way of reducing anxiety for those who suffer.

Well now, that method is beginning to change.

BONNIE PRITCHETT, REPORTER: Duncan Holmes lives alone in a retirement community in Fredericksburg, Texas. Sharon, his wife of 43 years, died two years ago. Gone, too, are the pets they doted on.

Holmes has been adjusting to the new normal. Playing piano at home and at his church helps. So does his new pet.

Nestled in Holmes lap is Ginger, a long-haired, orange and white tabby… cat.

HOLMES: And I'm going to turn her on right now. And let's this is I've got this three-position switch. [CAT MEOWS] There she is. And she does purr, meow and moves her face as you'll see… 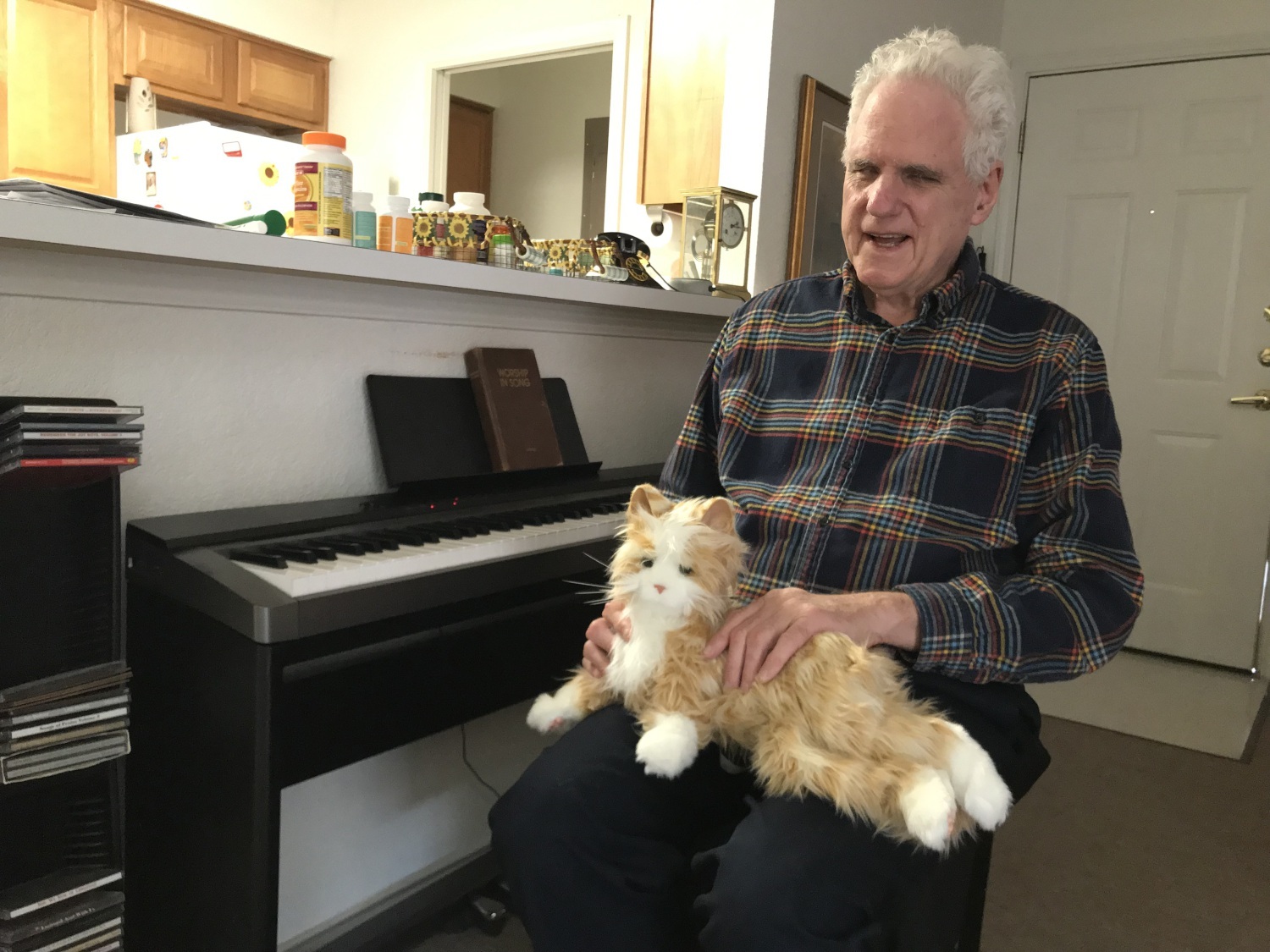 Ginger is an animatronic cat, or robotic pet, made by the company Joy for All. Holmes, who is blind, knows he’s not petting and speaking to a real animal. But he finds comfort in the familiar motions anyway.

HOLMES: I think petting an animal, or something like it, supposedly calms, you know if you're high anxiety, lowers that lowers the threshold…

Holmes’ experience with Ginger is not an outlier.

Tammy Cordes can attest to that.

She saw the devastating toll the pandemic lock-downs took on nursing home residents.

So, when given the opportunity last year to provide some relief, her organization partnered with the state’s Department of Public Health on the Companion Pet Adoption Project. The program distributed almost 3,000 animatronic cats and dogs to residents in 162 nursing homes.

CORDES: And we were very specific in the selection of residents focusing on those living with dementia or those who had some cognitive decline who could typically not benefit from window or telephone or excuse me, telephone visits. So other residents who qualified for the project, included those who are feel, as I mentioned, who were feeling especially lonely and or isolated…

She instructed nursing home staff on how to incorporate the pets into residents’ routine care and asked for feedback. What she heard was encouraging.

CORDES: This is one of my favorites. One resident who has expressive aphasia, which is a communication disorder which makes it difficult to produce speech, received her companion cat and she immediately began speaking clearly to her new pet. The staff member reported that she continues to verbally interact with her pet on a regular basis…

KURT RIEDEL: So, we have three different neighborhoods. So, our high functioning…

Kurt Riedel is a registered nurse and director of Freedom House, a memory care residence for people with cognitive decline in San Antonio, Texas. His staff use something called a PARO robot as one means of engaging with residents.

The 6-pound animatronic baby Harp seal does more than wiggle and mimic animal sounds. Its 180 sensors and artificial intelligence programming enable it to learn from its interaction with humans. It’s soft fur and cooing sounds can sooth some dementia patients.

KURT RIEDEL: Their senses are declining in that they communicate more with by touch by sound. They can't necessarily speak but they can You know, they can understand your vocal tone. So, the seal, I mean really has everything you know, it makes sound that's comforting, they can, you know, stroke the fur which feels nice to the fingers. It kind of covers all those tactile tactile senses that the lower functioning of dementia really thrives on...

The possibility of using robotic pets, particularly the PARO, in treating dementia-related symptoms without medications prompted Dr. Sandra Petersen to commission a study in 2015.

PETERSEN: Because on average, these individuals in senior care settings, nursing home, assisted living, those places, where congregate settings are on an average of 14 to 28 meds a day. And that it's too much for anybody, let alone someone who's in their 80s…

Petersen directs the Psychiatric Mental Health Nurse Practitioner program at the University of Texas at Tyler.

Her PARO, named Oscar, joined the conversation about its ability to learn.

PETERSEN: So that said to us, you know, hey, the PARO is decreasing the symptoms. And so, in the in the treatment group, there was about a third decrease in the use of those PRN or as needed medications for control of behavior. So that was huge…

The study also showed a decrease in the use of as-needed anti-psychotic medications and even sleep and pain medications.

PETERSEN: We found a decrease in the use of those too because the neurotransmitters that have to do with our emotional responses are closely tied to and are the same neural pathways that convey pain signals to us…

Back in Fredericksburg, Duncan Holmes says Ginger is just the right prescription.

HOLMES: And I'd like to say that she is helping somewhat. Now I’m not using this as a substitute for getting into God's Word or for anything else. This is simply another way to reduce any anxiety or anything like that.