What is the significance of the trip and what’s next? 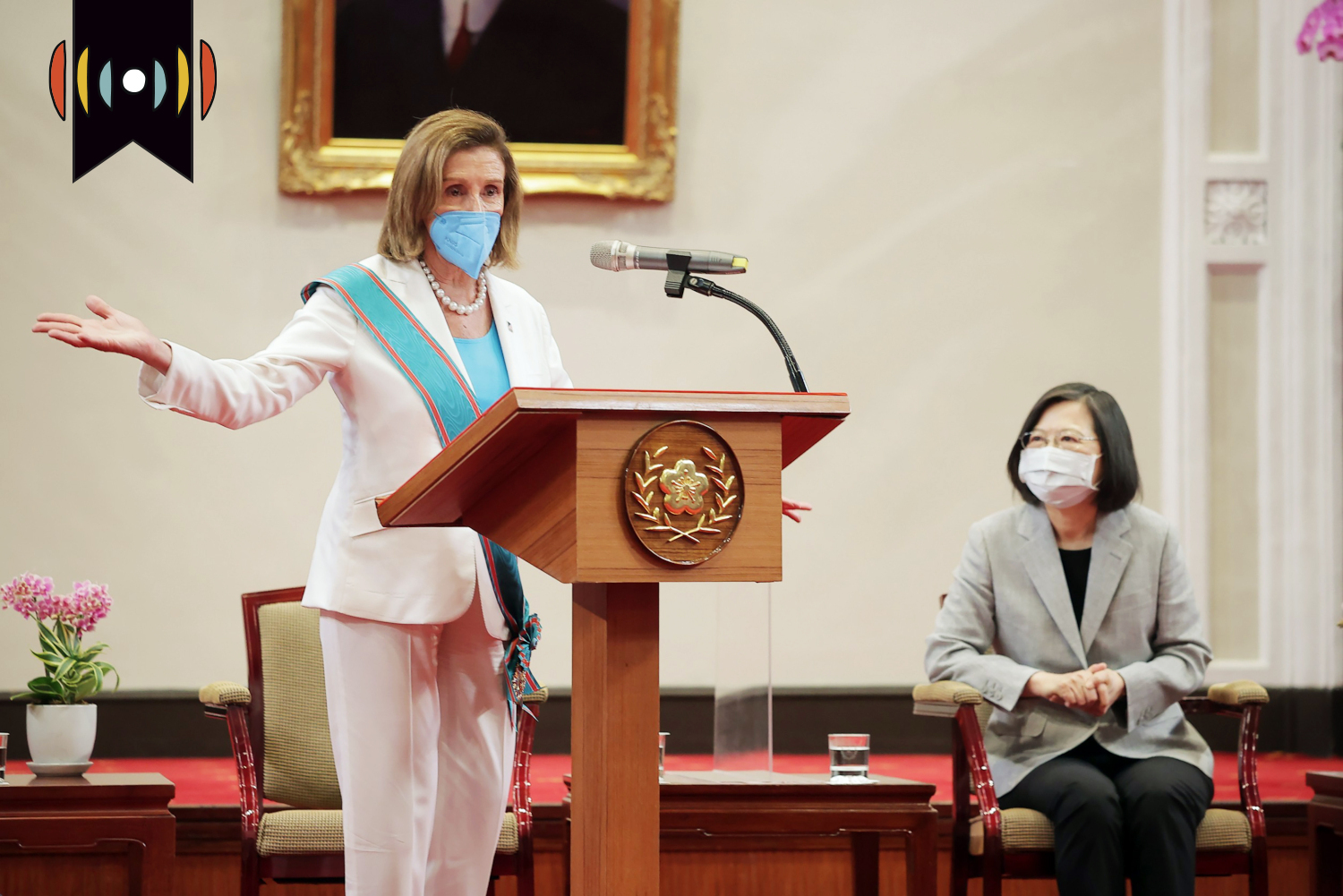 MYRNA BROWN, HOST: Coming up next on The World and Everything in It: House Speaker Nancy Pelosi departed Taiwan on Wednesday. It was an unannounced but widely reported trip that angered China.

PAUL BUTLER, HOST: Beijing considers Taiwan part of its territory and sees a high-level U.S. visit as an affront. And Pelosi was the most senior U.S. official to visit the territory in 25 years.

She made that stop in Taiwan despite repeated threats by the Chinese government. And in response, Beijing announced live-ammo drills around the island beginning tomorrow.

BROWN: Here to talk about the significance of this trip and what comes next is Dean Cheng. He’s an expert on China and previously studied China's defense-industrial complex for the U.S. government at the Office of Technology Assessment. Dean, good morning!

BROWN: You say it was important for Pelosi to travel to Taiwan. Why is that?

CHENG: Well, once the People’s Republic of China basically started saying you can't go and started to issue threats, this became much more than just a visit by Speaker Pelosi. This now became an issue of whether or not the People's Republic of China can dictate to the United States government who can and cannot go to Taiwan and when such a visit may or may not occur. It is absolutely vital that Beijing understand that in its dealings with other nations, particularly the United States, it is dealing with equals. It is not in a position to dictate conditions, requirements, prerequisites.

BROWN: The US policy regarding Taiwan is a little bit confusing. On the one hand, Washington sells weapons to Taiwan and supplies its military. We publicly support its democracy. But on the other hand, officially, we still adhere to the One China policy. Can you explain what that means … and maybe clear up any confusion over where America stands with regard to Taiwan’s independence?

CHENG: ​​Well, I can try to explain, but I give no guarantees of clearing up confusion because it is a very, very complex and bewildering set of statements and positions. Where the United States basically comes down is that ever since 1972, the United States has seen the People's Republic of China as the government of China. And in 1979, we made this formal by formally recognizing the PRC and withdrawing our recognition from the Republic of China, which is the name of the government on Taiwan. So the United States does not recognize the ROC. And the United States also, under the One China policy, says there is only one government, and we do not support Taiwan independence. However—and this is important—what the United States also says is that we oppose any unilateral change in the situation and especially a use of force by the PRC to reunify the two sides. That message is to both sides of the Strait. To Beijing, don't use force. If you use force to invade Taiwan, we may well respond. And to the island, we are saying don't declare independence, because that is a red line that will precipitate a conflict. And if you just go and do that without any consultation or what have you, then there's no guarantee we will support you. This is the so-called strategic ambiguity.

BROWN: What is the significance of the military drills near Taiwan that China has announced in response to Pelosi’s visit?

CHENG: Well, there's several aspects to this. The first is that these are very large, extensive live fire exercises for which they have closed, they have announced the closure of air and sea space. In this regard, it's important to note the Chinese are actually being very responsible. They're also not unique. Other countries have done the same thing. If you're going to fire missiles into an area, you don't want to accidentally hit an airliner or merchant ship. What is striking is, one, how extensive they are. Three in the north, two in the south, one to the east. The one to the east is sending a political message to the U.S. military: If you thought that there was a safe zone east of the island where you might be in a radar shadow, where you thought we couldn't see you, we now operate in that area. The other thing is that at least some of these exercise zones apparently overlap Taiwan's territorial waters which extend 12 nautical miles. If the Chinese operate within 12 nautical miles of Taiwan, that is truly risky, because now you're operating within the sovereign territory of the island and that is really a very escalatory, very dangerous move.

BROWN: Do we have any indication that China might try to take Taiwan by force in the near future?

CHENG: Well, it depends on how you define “near future.” The People's Liberation Army has said we will be fully modernized by 2027, the 100th anniversary of the founding of the PLA. We will be—in the PLA’s terminology—fully mechanized, fully information-ized, and fully intelligence-ized. Meaning, our equipment will be… we will ride into battle, not walk into battle. We will have all of the computers and we will have artificial intelligence and other such subsystems to support our operations. At that point, the PLA is essentially saying whatever you want us to do, we will be able to do and if that means taking Taiwan we will be able to do so. That is, I would say, the moment of greatest danger because right now, today or next year, the PLA reasonably could say, look, we're not necessarily ready to do this, but in 2027 we will be.

BROWN: We’ve been talking to Dean Cheng. He is a Senior Research Fellow with the Heritage Foundation. Dean, thanks so much!