In this 2017 photo made available by NASA, technicians lift the mirror assembly of the James Webb Space Telescope using a crane inside a clean room at NASA's Goddard Space Flight Center in Greenbelt, Md. Desiree Stover/NASA via Associated Press 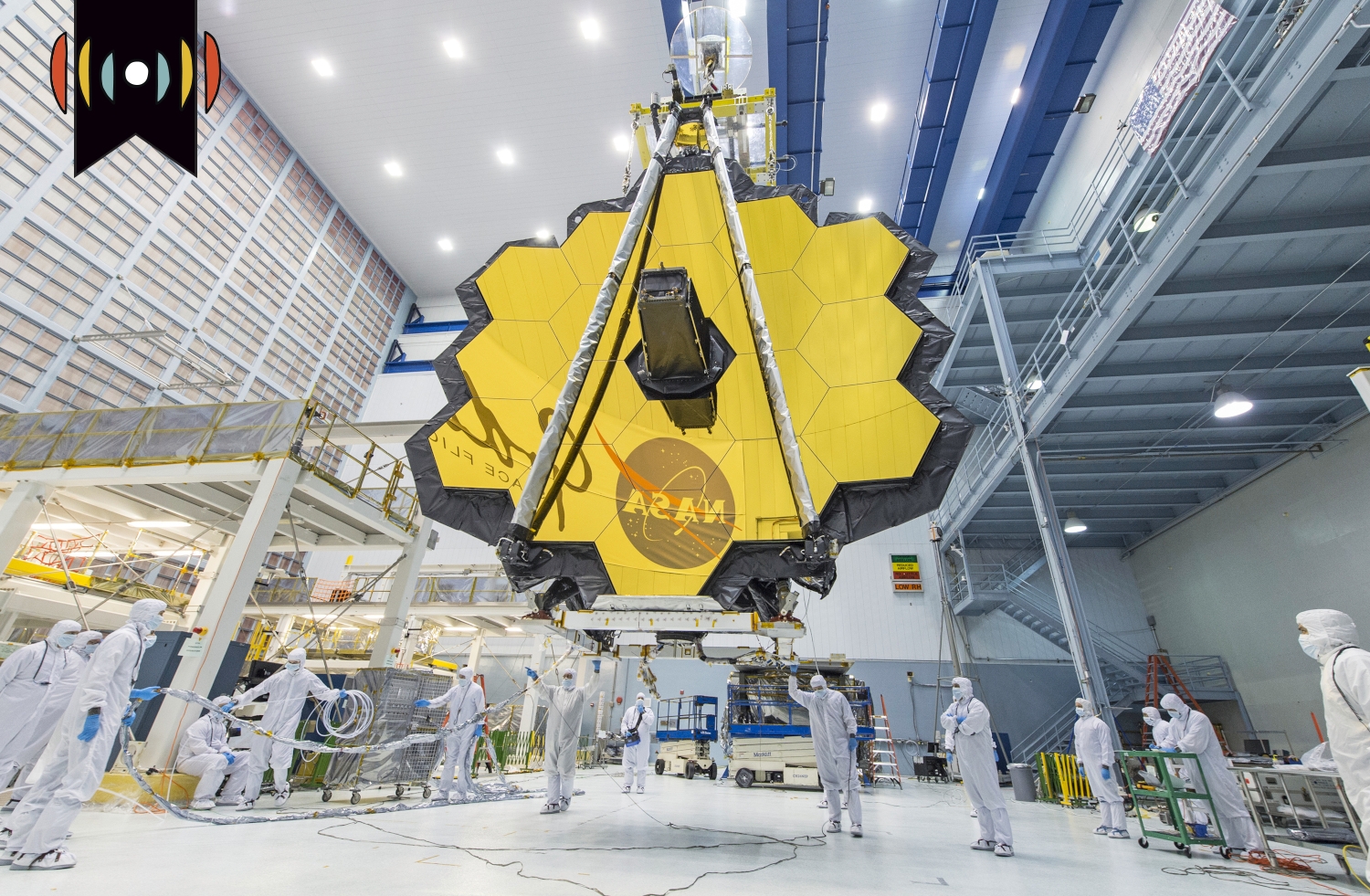 Next week, NASA is scheduled to launch its largest and most powerful space telescope. The James Webb Space Telescope is the product of a more than two-decade collaboration among American, Canadian, and European space agencies.

REICHARD: This next generation of telescope will provide unprecedented views of the universe. And that has space researchers excited. WORLD correspondent Bonnie Pritchett spoke with three of them.

BONNIE PRITCHETT, CORRESPONDENT: After lifting off from French Guiana aboard the Ariane 5 rocket, the James Webb Space Telescope will begin a month-long journey to reach its destination. This gravitational sweet spot in the solar system is called a Lagrange point. And it’s 1 million miles from Earth.

PONTOPPIDAN: This spot in space is significant, because due to the combined gravity of Earth, the Earth and the Sun, it's solid, it can stay there for an extended period of time with only a little bit of, of rocket burns to keep it there over time. And so, it means it doesn't drift away from the Earth, that allows us to have very stable communication with with a high bandwidth…

Freed from the launch capsule, the telescope will unfurl during its journey. Stefanie Milam described some of the process. She’s NASA’s Webb Telescope deputy project scientist for planetary science.

STEFANIE MILAM: We slowly unfold things because we have an infrared telescope. So, we want it to be cold on the optic side, but warm on the sunward side. So, we have to make sure we unfold things in a way that ice and dust from the rocket or fuel from the rocket doesn't freeze onto the surface of the cold parts…

Shields will protect the telescope from thermal radiation from the Sun, Moon, and Earth. Once in place, mission specialists will take five months to fully calibrate the telescope.

What are scientists hoping to see?

STRAUGHN: Webb has four broad science goals: To detect the first stars and galaxies that were born in the very early universe. So, this is a part of the universe we have not seen at all yet. We don’t know what’s there. So, the telescope in a sense is going to open up this part of the universe…

Thousands of researchers, representing about 400 projects, are already waiting to find out. They’ve earned access to Webb in its first year of operation.

PONTOPPIDAN: And it's our responsibility to make sure that a worldwide community of astronomers and scientists can use the observatory to get the best science out of it…

Like its predecessors Webb will provide not only views of a place in the universe, but a place in time.

Danny Faulkner is a retired professor of astronomy and physics at the University of South Carolina and staff astronomer for Answers in Genesis. He explains how we see light and its relation to time.

FAULKNER: When we look at something, light to us seems to be instantaneous. You see something taking place, and and you cannot see any any evidence to delay at all….

Light travels at a constant speed throughout the universe and takes time to reach the human eye or a telescope lens. Scientists use that passage of time as a means of measuring distance between places in the vast universe. For example, light from the moon takes about one second to reach Earth. Light from the sun, 8 minutes.

Faulkner doesn’t believe in the Big Bang theory. But he’s excited about what young earth scientists can discover from Webb’s far-reaching observations.

FAULKNER: And every time we've built these things, we've expected to find This. This. This. And this. And when we do we usually find out, ‘No, it's That. That. That. And that. We can’t anticipate where this is going. And there are always surprises out there…

NASA’s Stefanie Milam called discoveries made by the Hubble Space Telescope “mind-blowing.” She expects no less from the larger and more powerful Webb.

MILAM: Absolutely universe shattering. This is going to rewrite the textbooks…

But scientists’ ability to see what’s out there will be limited by Webb’s 5 to 10-year life span.

So, why spend $10 billion for what is at most a decade-long mission?

MILAM: Humans are curious by nature. And we want to know, and I think this is just taking us to the next level of what we don't know.

Klaus Pontoppidan says the desire to explore is part of our basic humanity.

PONTOPPIDAN: I think, as humans, I think we have this innate desire to, to understand where we come from, and to understand our place in cosmos. And there are different ways to go about that…

Danny Faulkner from Answers in Genesis compared the universe to a giant billboard.

FAULKNER: The heavens do declare God's glory. And the heavens proclaim His handiwork. That's interesting that astronomy is singled out in that way. It's part of why God made what he what he did.