Former Judge Paul Pressler, who played a leading role in wresting control of the Southern Baptist Convention from moderates in 1979, poses for a photo in his home in Houston May 30, 2004. Michael Stravato/Associated Press Photo 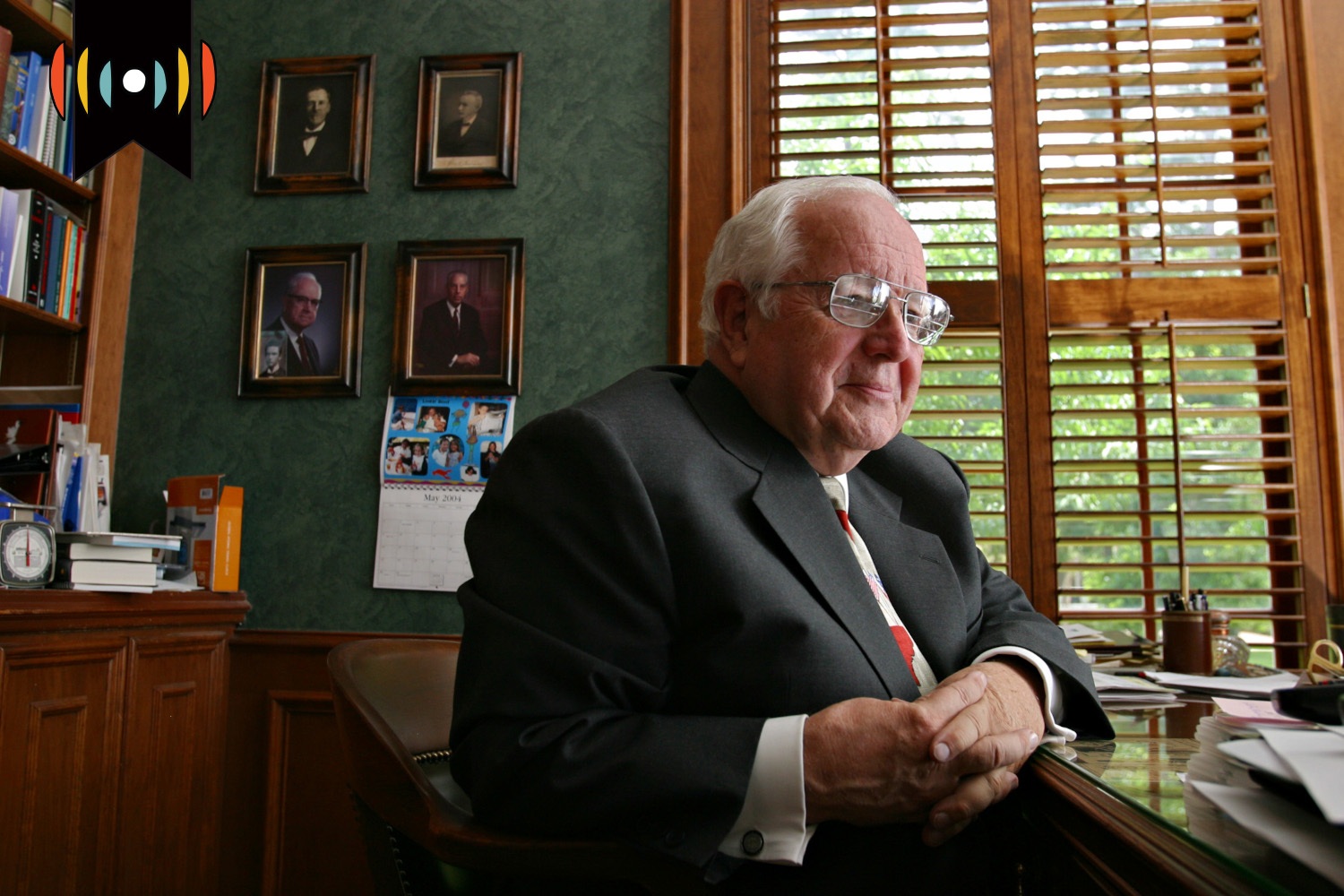 NICK EICHER, HOST: Up next: What is a young man worth?

Before we go any further, I want to mention that some of the things we will discuss over the next 6 minutes or so may not be suitable for younger listeners. If that is a concern, please take this opportunity to skip ahead, and you come back to it and listen later.

This story has to do with unpleasant and serious allegations.

Retired judge Paul Pressler enjoyed a successful and high-profile career in the Texas judiciary. He also held numerous leadership positions in the Southern Baptist Convention and he was even considered for a position in the administration of President George H.W. Bush.

MARY REICHARD, HOST: But accusations against Pressler bubbled under the surface for years. When they finally came to light, they highlighted the difficulties of addressing the abuse of boys in the church.

Lynde Langdon is WORLD’s Digital Editor. She’s been following this story for months and recently co-wrote an investigative article on Pressler titled “What is a Young Man Worth?” You will find that on our website, WNG.org. And she joins us now to talk about the story. Lynde, good morning!

REICHARD: Well I know you’ve been a little under the weather and have been gargling salt water all morning in preparation for this interview. So thanks for being a trooper!

LANGDON: Thanks for having me, Mary. This is such an important story.

REICHARD: Tell us a little bit more about who Paul Pressler is—his career in the judiciary and in the church.

LANGDON: Well, Judge Paul Pressler is now 91 years old, but the story starts in 1978 when he was in his late 40s and he was a Texas appellate judge in Houston. He was very involved in local politics. He was a member and president of the Council for National Policy and at one point considered for a position for the head of the Office of Government Ethics under the first President George Bush. On top of that, he was a powerful lay leader in Houston-area Baptist churches and a key driver behind-the-scenes of a movement known as the conservative resurgence. That movement during the 1980s and 90s led the Baptist laity to replace many seminary and denominational leaders with people who had a commitment to Biblical orthodoxy and inerrancy.

REICHARD: Now, with regard to his potential nomination to head the Office of Government Ethics. What happened there? Why wasn’t he ultimately nominated?

LANGDON: Well, in his memoir, which came out in 1999, Paul Pressler said he withdrew from consideration because he didn’t want to expose his family to what could have been a nasty confirmation process. But we found documents that showed the administration excluded him from consideration because an FBI background check found what they called “ethics problems.” And at least one key Southern Baptist leader—that’s former seminary professor and denomination president Paige Patterson—was aware that those “ethics” problems involved allegations of homosexual behavior against the judge.

REICHARD: Okay, so WORLD first learned about the allegations against Pressler because of a 2017 lawsuit. Tell us about that.

LANGDON: That lawsuit was filed by a young man who met Pressler sometime around 1980 when he was a teenager and when Pressler was an appellate court judge. And he claimed that the judge began sexually abusing him when he was 14 years old, and that that abuse continued into his adulthood. Now the man, Duane Rollins, is suing not just Judge Paul Pressler for abuse, but also he’s suing a group of other people that he says should have taken steps to protect him when he was a vulnerable teenager. That group includes Paige Patterson, who was a seminary president and one-time president of the Southern Baptist Convention. Also First Baptist Church of Houston, and the convention at large.

REICHARD: And what other accusations have surfaced since then?

LANGDON: Well, Mary Jackson and I discovered accusations from three other men against the judge—one of them before Duane Rollins allegedly met the judge, and then there were two more in recent years—in 2012 and 2016. Now, those allegations don’t involve rape, but the young men say the judge either molested them or made unwanted sexual advances toward them, and those encounters had long-lasting effects on their lives.

REICHARD: Lynde, how has the SBC, the Southern Baptist Convention, responded to these accusations and to others? How are SBC leaders handling this?

LANGDON: Well, the Southern Baptist Convention is named as a party in the lawsuit against Paul Pressler, so its representatives have been limited in what they can say. But the lawyer representing the convention pointed out to WORLD that the convention did not have the ability or the duty to control Paul Pressler’s actions. And that defense stems from how the Southern Baptist Convention is structured, where each church has local autonomy and authority over its decisions. They’re not bound by the policies of the church. But survivors of sexual abuse in Baptist churches are pushing back against that defense. They’re saying that these Christian leaders need to do more to protect the vulnerable, especially in cases where you have someone who has known allegations against them. And at the convention’s meeting this past summer, delegates approved an independent investigation into ways the denomination’s leaders can do better with that.

REICHARD: Unfortunately, stories of this kind of abuse in church settings are becoming more and more common. What makes this particular story stand out?

LANGDON: When Mary Jackson and I started looking into this story, we were aware of many allegations both in secular and religious circles of sexual abuse against women. And women, in light of the #MeToo movement that started in 2017, have become key advocates for the survivors of sexual abuse. Our report looks at some of the things that have kept male survivors from speaking out as well. And that includes some of the stigma of male-on-male sexual violence despite how prevalent statistics say that it really is.

REICHARD: Lynde Langdon is WORLD’s Digital Editor. Lynde, I hope you can get a cup of hot tea and rest up!