Passing on the cowboy way 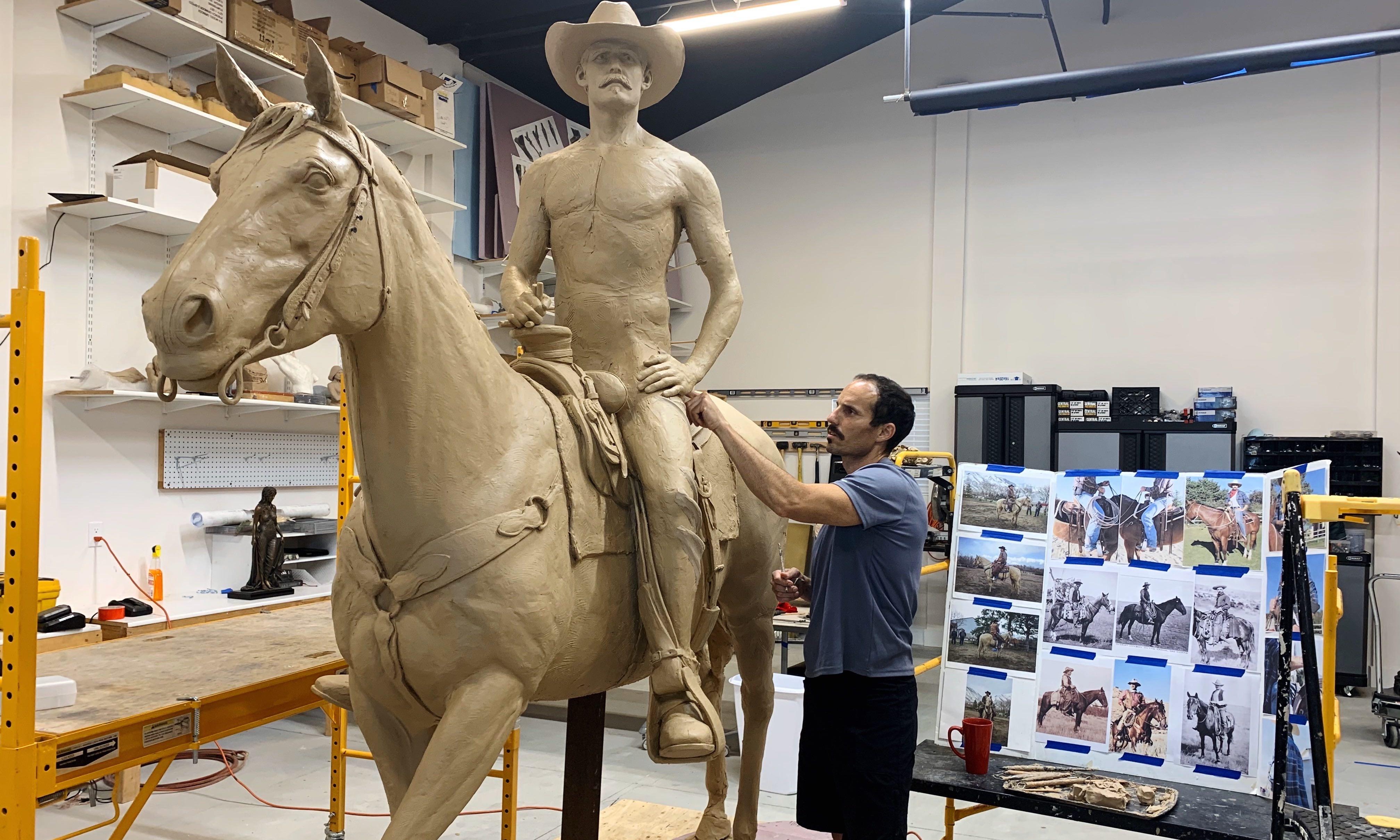 MARY REICHARD, HOST: Today is Thursday, February 20th. You’re listening to The World and Everything in It! Good morning. I’m Mary Reichard.

MEGAN BASHAM, HOST: And I’m Megan Basham. Coming next: an icon of the American West—cowboys.

Their rough and nomadic lifestyle has long been fodder for pop culture. Today, though, there aren’t so many real cowboys and cowgirls. They’ve been drawn off the range by better-paying jobs in urban areas. And fewer family-owned ranches exist these days.

REICHARD: And yet, there are still places where the skills of horsemanship and working the cattle matter. WORLD Radio’s Sarah Schweinsberg spent a day with a cowboy in Arizona who works to pass those traditions onto his children.

SARAH SCHWEINSBERG, REPORTER: Hear that? That is a 30 mile-an-hour gust of wind blowing across southeastern Arizona’s high desert.

Smith is a soft-spoken giant… sporting glasses and a thick goatee.

On this cold, windy morning, hebridles a white mare, a tall buckskin horse, and a red pony.

To round up some steers, Chance Smith is taking some small but mighty helpers. His oldest two children: 6-year-old Ella and 5-year-old Gideon.

Standing next to their horses, Ella and Gideon look especially small. But these two are already mastering a necessary skill: horsemanship.

SCHWEINSBERG: What is she good at?

GIDEON: Ella couldn’t get her horse to go down the hill and I could.

Ella and Gideon are also learning another fact of life on the range: the cowboy/cowgirl get-up isn’t just for show. They each wear a felt cowboy hat…

SMITH: A felt hat is tougher and more durable.

SMITH: I like them because if you run into a fence or brush or wind or anything it’s just protection.

After a short drive, Chance Smith unloads the horse trailer and he and his two tots trot off… weaving around mesquite trees and prickly pear cacti.

Together, they herd the cattle along a fenceline for more than a mile… and finally into a new pasture.

Smith says, as a boy, some of his first memories are also working cattle.

SMITH: being horseback and taking care of the cows is what I was attracted to and what appealed to me.

Chance Smith doesn’t remember a time he didn’t want to be a cowboy. After he grew up, he spent years living the traditionally solitary cowboy way. Once he lived in a cabin with no electricity, hours from the nearest town.

SMITH: It’s not hard to function like that. And I enjoyed it, really.

But then Smith met his wife, Iliana… and knew that lifestyle wouldn’t be easy for a family. So he came to work for this much “smaller” ranch… where he still cares for the cattle on 30 square miles of land by himself. But this gig lets him come home for lunch almost everyday.

[Sound of praying before meal]

Wife and mom Iliana likes this arrangement as well. Even though some days it’s scary to see her children ride off into the unknown, she likes seeing them learn alongside their dad…

ILIANA: My son, Gideon, when he goes riding, he’s obsessed with the plants. He wants to know what is this? Can the cows eat this? Is it poisonous? And Ella just looks about as natural in a saddle as her father does.

And Smith has the chance to teach his children the traditional cowboy skills he says are being lost to cattle shoots, four-wheelers, and machinery.

SMITH: Being able to rope and handle a horse and handle cattle in their natural environment. So we get to work like that, and they get to experience working cattle like that.

Later, Chance puts Ella and Gideon along with his two younger children Sadie and Titus in the pickup truck. They drive around the property to check on wells and water holes.

At each pasture gate, Ella climbs out to open it. But to get to the gates, she has to wade through poky tumbleweeds taller than she is. It takes her almost five minutes to open each one. But Chance Smith patiently waits.

SMITH: I like to keep them challenged but not burn out.

He says this way Ella is developing another cowgirl skill: a can do attitude.

The next day, Smith saddles the horses for another roundup. His horses don’t just come to him. He has to lasso them.

[Sound of lasso whipping through the air]

SMITH When you swing it, swing it in a way where when it goes around there you can keep it open and it lands on what you want it to be on.

That’s another skill Smith will teach Ella and Gideon. Accurate lassoing takes years to master. For now, they’re just learning to ride without getting their small coils of rope tangled up.

The trio race off again chasing pairs of cows and their new calves. But Ella keeps getting too far ahead and turns the cattle the wrong direction.

The roundup takes almost two hours. Smith could have done it alone in about 45 minutes. Some days, he decides to just take the time to teach these lessons.

And while these cowboying lessons are important, they aren’t the most important. Chance Smith says he doesn’t pray his children will choose a life on a ranch. He prays they’ll learn to go to work for the Creator of the horses and cattle. That’s a skillset they can put to work anywhere.

SMITH: Let him reveal what he wants you to be doing and how he wants you to do it and let him lead you and open you to the doors of them skills that are out there to be acquired.

MUSIC: [That’s My Boy Dragging Calves to the Fire]