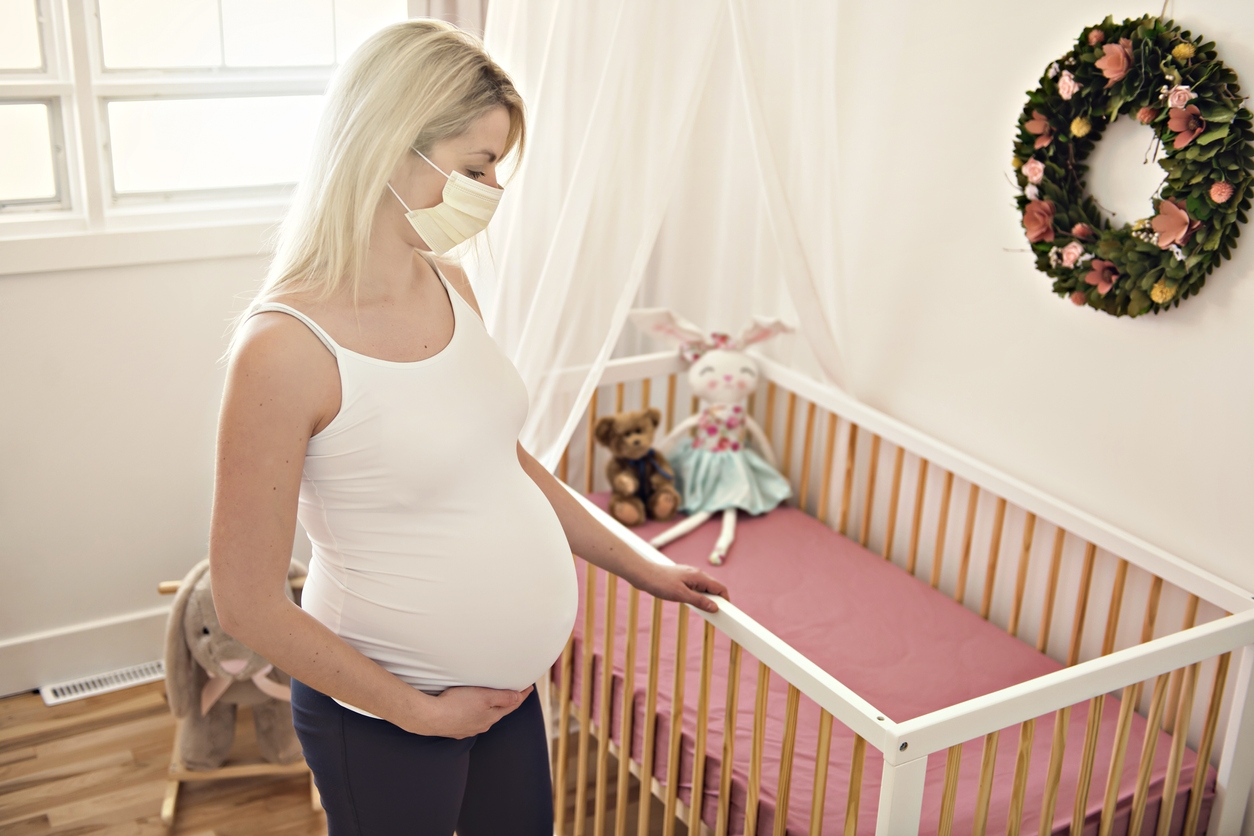 MARY REICHARD, HOST: Next up on The World and Everything in It: pregnancy in a pandemic.

NICK EICHER, HOST: In late March, some hospitals in New York City announced they would ban loved ones, birth coaches, or visitors from delivery rooms. That caught expectant families off guard.

REICHARD: Then a week later, New York Governor Andrew Cuomo reversed the policy. He said no woman would be forced to give birth alone.

That cleared up one uncertainty, yet many expectant moms still have to change plans. WORLD reporter Sarah Schweinsberg has our story.

SARAH SCHWEINSBERG, REPORTER: Annika Carson’s young sons have a lot of energy and love to explore the family’s acreage in Palmer, Alaska.

ANNIKA CARSON: Andy is a go-getter. And Timothy is really calm. So it’s fun. They balance each other and they play really well together.

This fall, Carson and her husband, Nate, were excited to learn they’d be adding a baby girl to the mix.

CARSON: Just a video chat basically check in, making sure there’s nothing wrong, no concerns…

And her last appointment actually took place in the parking lot.

CARSON: After my appointment with my mid-wife, she said, “Are you free this afternoon? And could you just drive over to the clinic for a quick belly check? And then she just came out to my car and she measured my belly and she checked the baby’s heart rate and took my blood pressure and checked a few things and then I was good to go. I didn’t even have to get out of the car.

After those changes, Carson began to realize her daughter’s birth might look different as well. Before, she’d had family present in the room and there immediately after.

CARSON: You can allow one person to come with you. They also require your attendee to wear a mask and gloves.

Dr. Christina Francis is an OBGYN in Fort Wayne, Indiana. She says there isn’t evidence that COVID-19 is more dangerous for a pregnant woman than any other person, but precautions are still important.

CHRISTINA FRANCIS: It really is to minimize our patient’s exposure to other people that may have the COVID virus that may not know it. And also to protect the healthcare workers as well…

She’d originally planned to have her son at a birthing clinic, but…

RAUP: Three days before he was born, we decided to change to a home birth because even though the birth center was still a great option, we thought even a better option just keeping everyone social distancing would be a home birth. So literally the midwife came, and one assistant to my house and he was born at home.

Jeff Wright is a maternal-fetal medicine specialist in Wilmington, North Carolina. He says midwives he knows are seeing an uptick in requests for home births. But he notes expectant moms can also put their minds at ease about giving birth in a hospital.

JEFF WRIGHT: The risk of getting COVID from going to the hospital is low. A woman’s decision about the location of the birth should be driven by her risk status and her preferences for the surroundings she wishes to give birth in and weighing the pros and cons of giving birth in the hospital or at home.

SARA SARGENT: Hey, I’m supposed to be going to these appointments but is it going to potentially put me at risk?

Sara Sargent also lives in Dallas. She and her husband are expecting their first baby at the end of May. Sargent entered her third-trimester in March just as coronavirus concerns spread. Her hospital still has moms come to appointments.

SARGENT: They just did a screening before you entered the hospital…At first it was just startling, but it did give me a sense of relief. A feeling like, Hey, people are looking out for the patients that are walking into this hospital.

Sargent and her husband planned on taking labor and delivery and nursing classes in these final months. But like everything else, those classes are cancelled.

SARGENT: The fear of, wow, we’re going to have a baby in potentially less than eight weeks. And we haven’t been to labor and delivery classes.

Sargent says leaning on God, her doctors, and other women is helping her deal with her fears.

Besides medical practices, the coronavirus is reshaping traditions too. Sargent was looking forward to baby showers with friends and family. Now her people are finding other ways to celebrate.

SARGENT: People are getting very creative or innovative. Like how could we do this? Like maybe we could just have little small Zoom meetings…  or maybe everyone could send you the advice they would write down at the shower in a letter form and you could just get some mail. And so it’s been fun to think outside of the box.

So while moms are bringing life into the world in unusual circumstances—the end result remains the same. And the babies aren’t phased at all.

The night after I interviewed Annika Carson, baby Abriana Grace decided she was done waiting to make her big entrance. She arrived healthy and happy on April 3rd—nearly two weeks early.