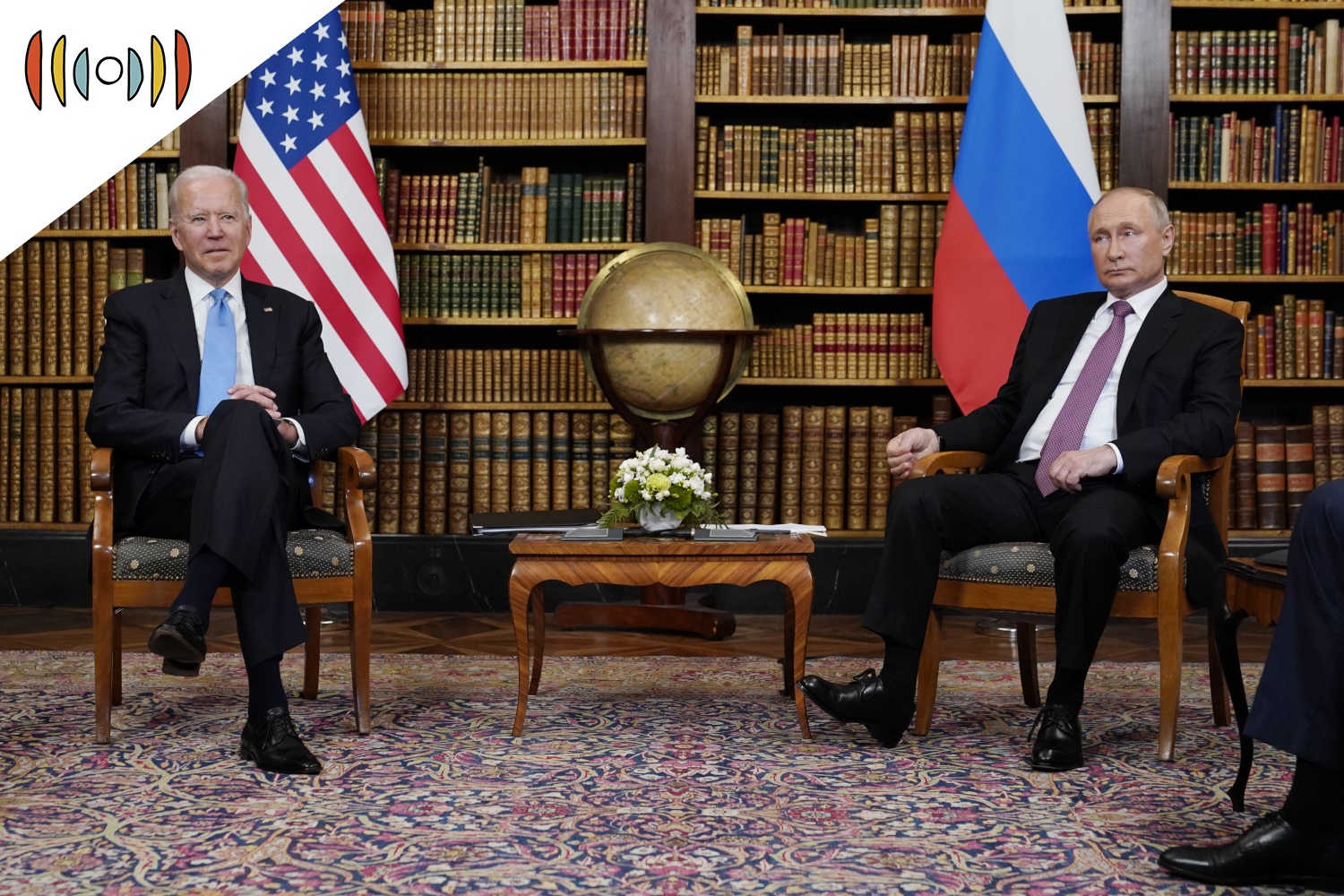 You’re listening to World Radio and we’re so glad you are! Good morning, I’m Mary Reichard.

NICK EICHER, HOST: And I’m Nick Eicher. First up: a reset for the United States and Russia.

Last week, Joe Biden and Vladimir Putin shook hands in Geneva, Switzerland. Government-backed media in Russia hailed the summit as a victory for their guy. They said it marked the “beginning of a next phase of world politics.” Reactions in the United States were much less enthusiastic.

REICHARD: Biden says he’s trying to play a “long game” with Putin. He believes Washington will ultimately benefit from a “stable and predictable” relationship with Moscow. But are the short-term sacrifices worth it?

But they had a very different take on two of the top issues on the meeting agenda: cyber attacks and human rights.

Putin dismissed accusations that the most recent ransomware attacks on U.S. companies originated from Russia. Instead, he tried to flip the narrative, claiming without evidence that most cyber attacks on Russian institutions come from the United States.

Paul Poteete is a professor of cyber security at Geneva College. He says we can’t know for sure who was behind attacks on Colonial Pipeline and the JBS meat processing plants. But the attackers did use ransomware software created in Russia.

POTEETE: So if you're looking at that, do we then say it's a Russian attacker, just because it was a Russian group that made the ransomware?

President Biden said he made it clear to Putin that if such attacks with Russian-built ransomware persist, America would respond. He implied that the United States has the cybertechnology to inflict real damage. Poteete agrees but calls that scenario extremely problematic.

So some hacking group hacks some organization in the United States, and then the U.S. military is then going to go attack Russia. No, I would say that's crazy.

Any cyber attack by any U.S. entity into Russian systems would play directly into Putin’s domestic narrative of the West trying to destroy his country.

So the issue of cyber security remains a stalemate. But what about human rights? Did Biden make any more headway on that issue?

A week before the Biden-Putin meeting, the Geneva Summit on Human Rights and Democracy gave its 2021 Moral Courage Award to Russian opposition leader Alexey Navalny. His daughter, Daria, accepted the award on his behalf.

NAVALNY: It’s a big honor for my father and for everyone who supports what he’s doing. Its’ an important sign of recognition and it means that the world cares.

Biden says he talked to Putin about Navalny and would continue to do so. But that didn’t change Putin’s take on his opponent’s jail sentence. He insisted Navalny went abroad to seek medical treatment of his own accord, violating his parole. In fact, Navalny’s family transported him to Germany in a coma after he’d been poisoned with a Soviet-era nerve agent.

In an interview with CNN the day after the summit, Navalny’s chief of staff Leonid Volkov said Putin’s bald-faced lie may have been intentionally far-fetched.

VOLKOV: ‘I’m lying, what are you going to do to me?’ Maybe this is exactly the message he wanted to deliver. Putin doesn’t know such things as compromise, reset button, red line. Putin only knows that he can do whatever he wants and he’s good to get away with whatever he does and the West will still be talking about strong condemnations and grave concerns.

This member of the Russian opposition in Moscow agrees. We’re not using his name to protect his safety.

AUDIO: Russian government and Putin see it as a victory. Since 2014 Russia became an outcast for the Western countries, and it was really important for Putin to show that West still sees him as an equal legitimate leader.

He said the summit ended up striking a blow against the Russian opposition because it made Putin feel stronger.

AUDIO: He realizes that he can do everything, then the time will pass, the U.S. will forget everything, and try to restart their relationships. It happened during the Obama presidency once, and it looks like it’s happening again.

In the last months Moscow has cracked down harder than ever on the opposition movement. New laws make even associating with Navalny’s group a retroactive crime. That means hundreds of thousands of citizens are liable for investigation. And it effectively eliminates competition for September’s parliamentary elections.

At the same time, Putin has clamped down on independent media outlets like Radio Free Europe/Radio Liberty. They are now required to label their content as from a “foreign agent” or face stiff fines. Some opposition members fear Putin interpreted the summit as a signal that the West will let him finish off the opposition with no consequences.

VOLKOV: So Putin is kind of trying to increase his exchange fund to get more hostages. Also American citizens and Russian political prisoners and so on. So his assets in billions of dollars, that he’s stashed abroad and stolen from Russian taxpayers, they must also be taken hostage. This could create strong leverage against him and really deter him.

But for now, that’s not on the horizon.

Instead, Russian media outlets hailed Putin’s return to prominence on the world stage. They noted other world leaders, like the U.K.’s Boris Johnson, now want to schedule their own meetings with the Russian leader.