On the ground in Ukraine

WORLD Radio - On the ground in Ukraine 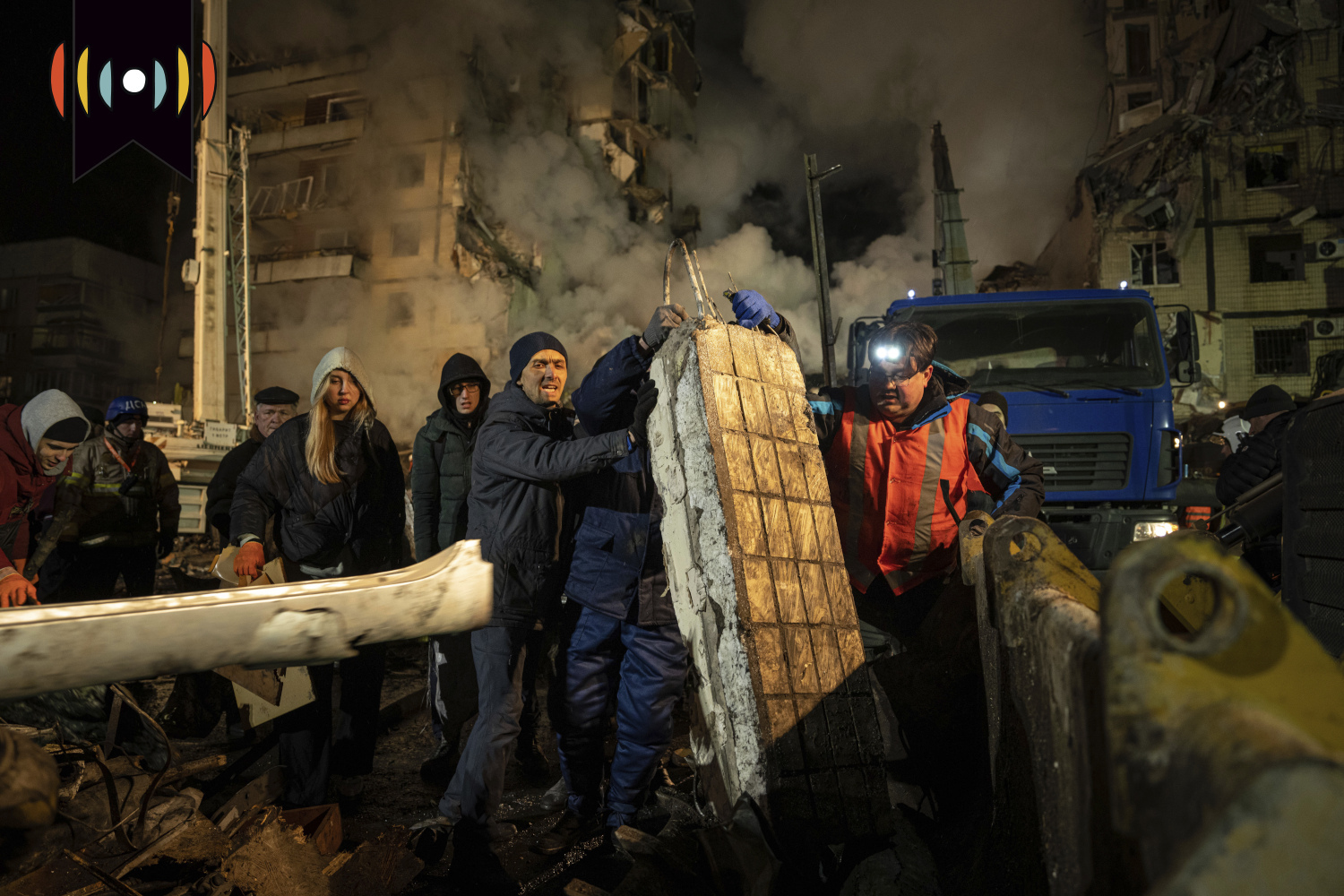 MARY REICHARD, HOST: Coming up next on The World and Everything in It: serving — and ministering to — the people of Ukraine.

NICK EICHER, HOST: As Moscow began losing ground to Ukraine on the battlefield, Russian President Putin adopted a new strategy: Try to break the will of the Ukrainian people.

Russian missiles, drones, and shells continue to target the nation’s power grid and other civilian targets.

At least 40 people died in a weekend attack on the Ukrainian city of Dnipro.

But Christian aid groups are stepping up to serve the people of Ukraine in their hour of need.

Joining us once again is the head of one of the groups working to help. Sergey Rakhuba is president of Mission Eurasia. He is originally from Ukraine.

SERGEY RAKHUBA, GUEST: Hi Mary, it’s so nice to be on your show.

REICHARD: Russia just launched a fresh round of missiles at the capital of Kyiv in recent days. I know you’ve been in that area. What have you seen and heard?

RAKHUBA: I was in Kyiv when that large missile targeted the power grid, one of the power distribution stations. We've heard the explosion for far from the distance, you know, we've heard lots of sirens going off. So but it was quite away. I think we were about four or five miles away from the explosion. But those explosions happen periodically, you know, actually, every day, the same day, as you already mentioned, a Russian Air Force targeted Dnipro, one of the larger industrial cities in southern Ukraine, which is next door to my hometown of Zaporizhzhya. So that's what's happening here now and we are in Kherson, a liberated area of Kherson. And, you know, seeing how people are little by little coming back to their villages, coming back to their—in many cases have destroyed homes—trying to start rebuilding their life. And that's what Mission Eurasia is doing, trying to help them. Help them with basic things. The biggest need is to give them food, so then medical assistance, but give them encouragement.

REICHARD: Absolutely. We spoke with you back in September. And since that time, how have things changed on the ground for the people of Ukraine amid the Russian attacks on infrastructure?

RAKHUBA: You already mentioned at the beginning of our conversation, so that Russia has changed the strategy. They are trying to demoralize people, and especially when winter months were coming and now it's mid of January, and it's cold here in southern Ukraine, but it's cold. Temperature is below zero in Celsius. And you can imagine people in half-destroyed places and without heat without power. And so that's what happening. They're targeting the most essential power grid, infrastructure, hospitals, schools, so keeping people in their homes or want people to move somewhere else. And Putin probably succeeds to a certain degree, but I see the spirit, the determination, the resilience of Ukrainian people. So they say, No, we're not going to give up and we believe that we will take victory. So their spirit is a little probably shaking, but Ukrainians are not broken. They say we will continue defending our freedom till the last blood, till the last drop of the blood as they say it literally in their language.

REICHARD: Describe for us again what Mission Eurasia is doing in Ukraine?

RAKHUBA: Mission Eurasia, first of all, so we provide food for, I mean, people are trapped or displaced here. And so we provide those food packages. One food package contains enough food for a family of three or five for at least one week to help them to sustain their life. We provide wood burning stoves. I've seen so many villages, you know, with half-destroyed homes, people just try to cover their windows, you know, or put plastic over their roof. And we help them to install that wood burning stove, provide supply of wood, at least people have some food and they have a warm place to survive. We also provide medical assistance. We provide warm coats for children, blankets, and we provide enough scripture for all who are in need as a source of eternal hope.

REICHARD: Final question, Sergey. How, specifically, Christians should be praying in this situation?

RAKHUBA: Prayer is so essential, Mary, and just even now I'm here on behalf of all these people that live in constant concern. They say, pray for victory, pray that Ukraine will win in this terrible war. So pray for the Ukrainian nation. Pray for their leaders, pray for the churches that provide so much spiritual leadership in this crisis. Pray for families, pray for children who are so much traumatized because of all this what's happening here during this war. So pray for Ukraine.

RAKHUBA: Mary, thank you so much, and I will be praying so that your listeners will respond as always faithfully and generously continue supporting people in Ukraine.