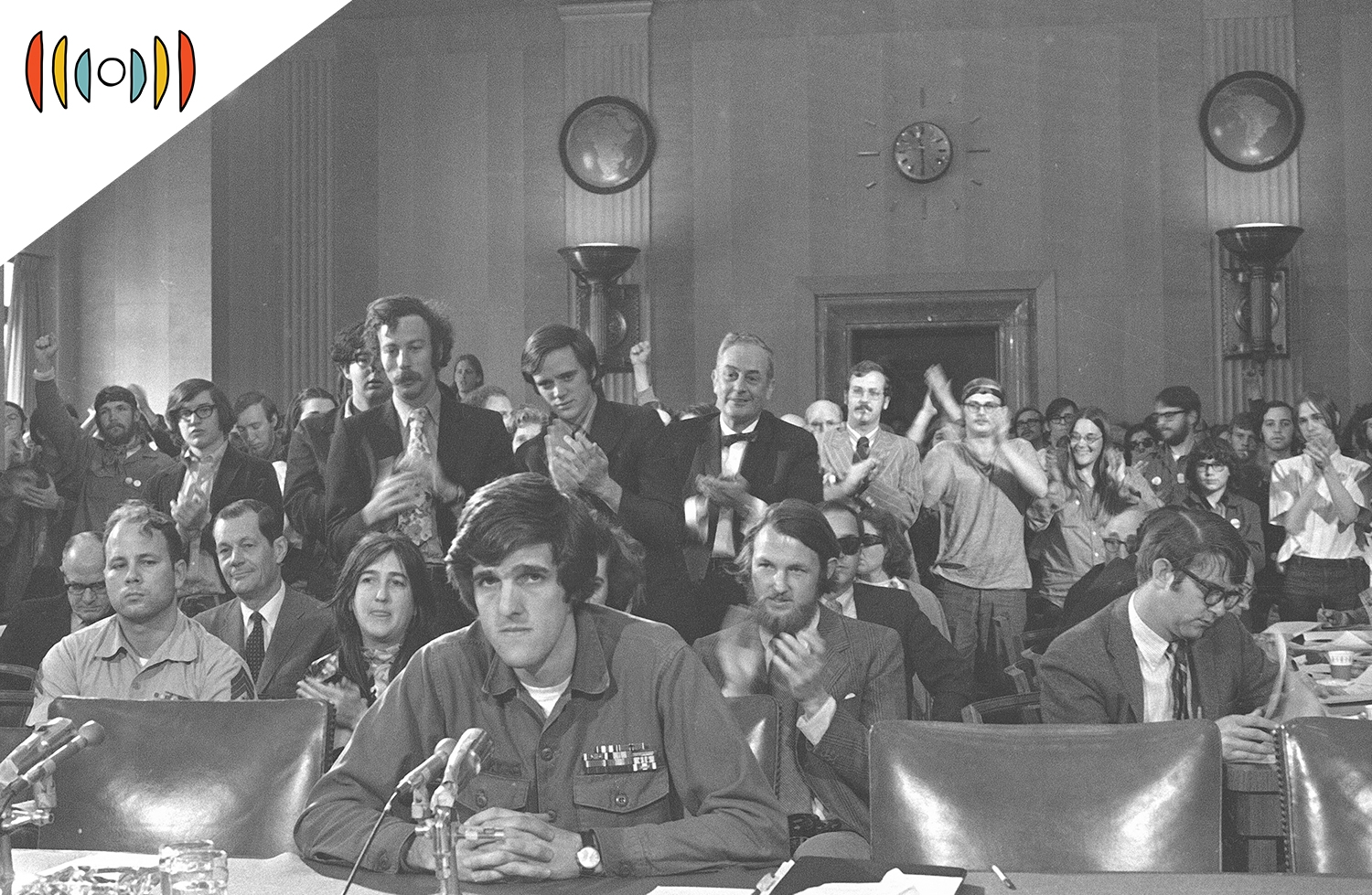 NICK EICHER, HOST: And I’m Nick Eicher. Coming next on The World and Everything in It: another in our occasional series Notable Speeches Past and Present.

We go back 50 years when 27-year-old John Kerry addressed the Senate Foreign Relations Committee on the Vietnam War. During his testimony, he detailed what he said were atrocities by U.S. soldiers and Marines. He painted American troops as criminals and monsters.

As a Navy lieutenant, Kerry admitted he hadn’t personally witnessed any of these crimes. But that didn’t keep him from passing on the unconfirmed stories of others.

REICHARD: The consequences of this then raised Kerry’s prominence as an anti-war activist and changed Americans’ opinion of returning troops. His words distorted the facts, yet became entrenched in people’s minds as truth. That’s what makes this speech significant and why we share it with you today.

We have edited the content for time, and removed the most graphic descriptions. Here’s John Kerry from April 22nd, 1971:

JOHN KERRY: They told the stories at times they had randomly shot at civilians, razed villages in fashion reminiscent of Genghis Khan, shot cattle and dogs for fun, poisoned food stocks, and generally ravaged the country side of South Vietnam in addition to the normal ravage of war, and the normal and very particular ravaging which is done by the applied bombing power of this country.

The country doesn't know it yet, but it has created a monster, a monster in the form of millions of men who have been taught to deal and to trade in violence, and who are given the chance to die for the biggest nothing in history; men who have returned with a sense of anger and a sense of betrayal which no one has yet grasped.

As a veteran and one who feels this anger, I would like to talk about it. We are angry because we feel we have been used in the worst fashion by the administration of this country.

In 1970 at West Point, Vice President Agnew said "some glamorize the criminal misfits of society while our best men die in Asian rice paddies to preserve the freedom which most of those misfits abuse" and this was used as a rallying point for our effort in Vietnam.

But for us, as boys in Asia, whom the country was supposed to support, his statement is a terrible distortion from which we can only draw a very deep sense of revulsion. Hence the anger of some of the men who are here in Washington today. It is a distortion because we in no way consider ourselves the best men of this country, because those he calls misfits were standing up for us in a way that nobody else in this country dared to, because so many who have died would have returned to this country to join the misfits in their efforts to ask for an immediate withdrawal from South Vietnam, because so many of those best men have returned as quadriplegics and amputees, and they lie forgotten in Veterans' Administration hospitals in this country which fly the flag which so many have chosen as their own personal symbol. And we can not consider ourselves America's best men when we are ashamed of and hated what we were called on to do in Southeast Asia.

We rationalized destroying villages in order to save them. We saw America lose her sense of morality as she accepted very coolly a My Lai and refused to give up the image of American soldiers who hand out chocolate bars and chewing gum.

We learned the meaning of free fire zones, shooting anything that moves, and so we watched while men charged up hills because a general said that hill has to be taken, and after losing one platoon or two platoons they marched away to leave the hill for the reoccupation by the North Vietnamese because we watched pride [to] allow the most unimportant of battles to be blown into extravaganzas, because we couldn't lose, and we couldn't retreat, and because it didn't matter how many American bodies were lost to prove that point. And so there were Hamburger Hills and Khe Sanhs and Hill 881's and Fire Base 6's and so many others.

We are asking here in Washington for some action, action from the Congress of the United States of America which has the power to raise and maintain armies, and which by the Constitution also has the power to declare war.

We are here in Washington also to say that the problem of this war is not just a question of war and diplomacy. It is part and parcel of everything that we are trying as human beings to communicate to people in this country, the question of racism, which is rampant in the military, and so many other questions also, the use of weapons, the hypocrisy in our taking umbrage in the Geneva Conventions and using that as justification for a continuation of this war, when we are more guilty than any other body of violations of those Geneva Conventions, in the use of free fire zones, harassment interdiction fire, search and destroy missions, the bombings, the torture of prisoners, the killing of prisoners, accepted policy by many units in South Vietnam. That is what we are trying to say. It is part and parcel of everything.

We are also here to ask, and we are here to ask vehemently, where are the leaders of our country? Where is the leadership? The Army says they never leave their wounded.

The Marines say they never leave even their dead. These men have left all the casualties and retreated behind a pious shield of public rectitude. They have left the real stuff of their reputations bleaching behind them in the sun in this country.

We wish that a merciful God could wipe away our own memories of that service as easily as this administration has wiped their memories of us. But all that they have done and all that they can do by this denial is to make more clear than ever our own determination to undertake one last mission, to search out and destroy the last vestige of this barbaric war. Thank you. [APPLAUSE]

In a 2001 interview, Kerry tried distancing himself from the speech: saying he was wrong to call it genocide, adding: “those were the words of an angry young man.”

For the record, the military did convict 95 soldiers and 27 Marines of war crimes for their actions during the Vietnam War.

A classic case of providing "aid and comfort to the enemy".