Remembering those who left their mark in the business world 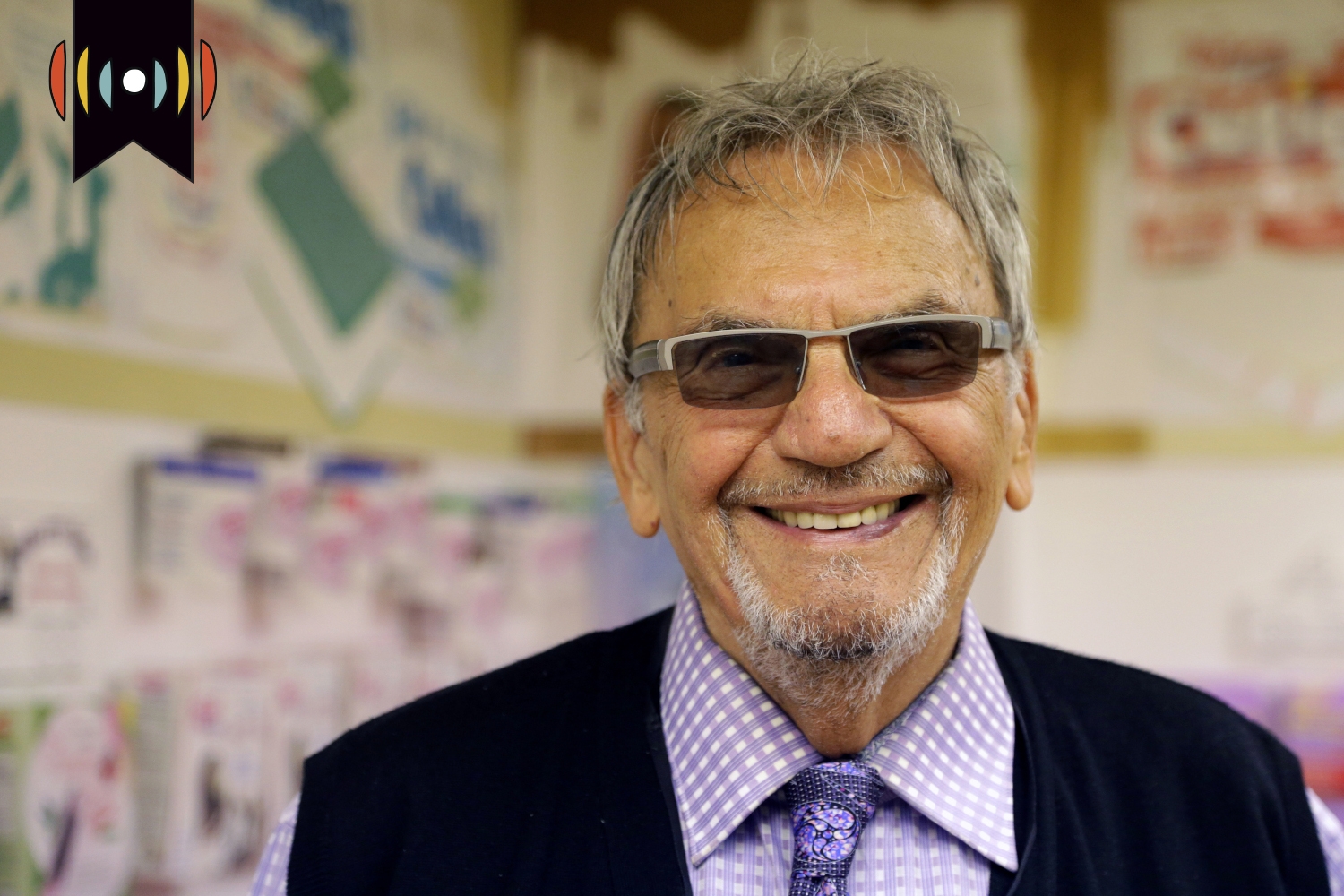 MARY REICHARD, HOST: And I’m Mary Reichard. I hope you had a very Merry Christmas.

EICHER: Same to you! We did have a wonderful day.

I have to admit though, I did refresh the website a few times to see how our December Giving Drive was going and was just blown away to see that our readers, listeners, and viewers propelled us past the goal and on Christmas Day, no less.

I’m usually not at a loss for words, but I just cannot say adequately how grateful I am to you for that vote of confidence to continue growing our coverage, and building our news organization. Wow!

EICHER: Right and we’re just going to leave up the campaign banner this week and invite you if you’d planned to make a year-end gift, please do that. Everything that comes in goes to quantity and quality of content here at WORLD. That’s the consistent message you’ve sent us: Do more, add more, dig deeper. We are bombarded in this culture with bad content and WORLD is the only place that provides a reasonable, Biblical balance, rigorous, fair reporting, trusted opinion to help navigate these times.

I just want to add: We clearly can’t do this work without you but with you, it seems there’s nothing we can’t do and you’ve shown us this year after year—and again this year—thank you.

REICHARD: First up: remembering those we lost in 2021.

Every year, WORLD Magazine devotes part of its last issue to notable people who have died in the preceding 12 months. Here at WORLD Radio we have continued that tradition.

EICHER: Every person is an image-bearer of Christ and in that most important sense, everyone is notable. Those whose deaths we call your attention to this year, we’ve selected as notable for what they’ve done here on earth, for good or for ill.

This year you will hear about notable deaths in five categories: business, politics, religion, sports and music, stage and screen. Some of these names will be familiar to you. Others will not. And that’s intentional. Our goal is to tell you interesting life stories you may not have heard before.

WORLD Radio managing editor Leigh Jones picks up the list with some enterprising men and women with whom you might not be as familiar.

LEIGH JONES, EDITOR: Ron Popeil began pitching inventive consumer products on TV in the 1950s. He eventually built a business empire by leveraging the power of the infomercial.

Popeil peppered his pitches with phrases like, “Set it and forget it!”, “Now how much would you pay?” and “But wait … there’s more.”

The products sold by his company—Ronco—included the Veg-O-Matic, Mr. Microphone, and Great-Looking Hair—better known as “hair in a can.”

Ronco Teleproducts went bankrupt in 1984. But undeterred by failure, Popeil reinvented himself and began doing late-night, full-length shows on cable to promote his products.

In 1997, he told the Associated Press he couldn’t help continuing to invent things as long as he saw a need for his creations.

Ron Popeil died in Los Angeles in July. He was 86 years old.

TOFUTTI: My name is David Mintz. I’m the president and chairman of Tofutti Brands. I’d like to welcome you to the world of Tofutti.

David Mintz grew up in an Orthodox Jewish household in Brooklyn and later owned several kosher delis across New York.

Because observant Jews can’t mix meat and milk, Mintz saw a need for a non-dairy alternative for ice cream.

TOFUTTI: We spent 30 years of hard work, burning the midnight oil, and we finally got products that will knock your socks off.

He began experimenting with tofu in 1972 after buying a carton of soy milk in Chinatown. Ten years later he had perfected a dairy-free product he called Tofutti.

TOFUTTI: We started off first with our delicious pints, the frozen pints that you find in all the supermarkets all over the country, and abroad.

From there, Mintz went on to develop 35 different products, including tofu-based cheeses, ice cream bars, pizza, and ravioli. But Tofutti is best known for revolutionizing the non-dairy dessert industry, a market that is expected to top $1.2 billion dollars by 2025.

Mintz died in February. He was 89 years old.

Next, a man who made wishes come true.

Frank Shankwitz was serving as a motorcycle officer for the Arizona Highway Patrol in 1980 when his boss got a call about a little boy with a big wish.

SHANKWITZ: And this little boy, Chris, unfortunately, had terminal leukemia. And he told his mother, “When I grow up, I want to be a highway patrol motorcycle officer, just like Ponch and John.

Touched by the boy’s story, the department arranged to pick him up at the hospital and make his wish come true, at least for the day. Shankwitz got assigned to be Chris’s personal escort. They gave him a custom-made uniform and his own hat.

SHANKWITZ: But most important to him, his motorcycle wings, making him a full police, motorcycle officer.

The little boy died a few days later. Shankwitz and his partner flew to Illinois to help give him a full police funeral.

SHANKWITZ: And flying home I just started thinking, here’s a boy who had a wish and we made it happen. Why can’t we do that for other children? And that’s when the idea of the Make-A-Wish Foundation was born, maybe 35,000 feet over Kansas or somewhere.

Six months later, Shankwitz founded the Make-A-Wish Foundation for children with life-threatening illnesses. It granted its first official wish in 1981 and has gone on to grant more than half a million more all around the world.

Frank Shankwitz died in January. He was 77.

From portable wishes to portable documents.

Charles “Chuck” Geschke co-founded the software company Adobe in 1982. He and his business partner, John Warnock, were working at Xerox when they began developing a new way for computer users to print documents.

What started as Adobe Post Script eventually became the Portable Document Format, or PDF. It helped launch the desktop publishing industry and has become the standard for sharing files across platforms. The company also developed other groundbreaking applications, including Acrobat, Illustrator, Premiere Pro, and Photoshop.

But for Geschke, the company’s culture was just as important as its products.

Geschke’s wife of 56 years, Nan, recalled him as a humble man who put family first. Although Geschke told Adobe employees they could work after dinner if they had to, he expected them first to go home and eat with their families.

Geschke retired from Adobe in 2000 but continued to sit on its board until last year. He was 81 years old when he died in April.

And for our final entry today, a restaurant mogul turned philanthropist.

S. Presley Blake and his brother, Curtis, opened the first Friendly’s restaurant in Springfield, Massachusetts in 1935. They sold ice cream cones for 5 cents, half what the competition sold them for.

They soon added hamburgers to the menu and opened a second location. By 1974, the company had expanded to 500 restaurants in New England and the Mid-Atlantic.

Five years later, the brothers sold the chain to Hershey for $160 million dollars. At its height, Friendly’s included more than 800 locations. The company changed hands several times but could not retain its former glory. It now includes only about 130 restaurants.

Several years before his death, Blake donated a large part of his estate in Somers, Connecticut to Hillsdale College. It included a replica of Thomas Jefferson’s Monticello that is now known as The Blake Center for Faith and Freedom.

S. Presley Blake died in February. He was 106 years old.