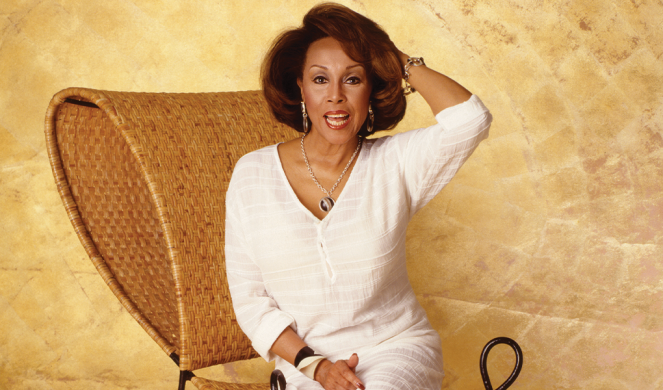 MYRNA BROWN, HOST: It’s Thursday the 26th of December, 2019. Glad to have you along for today’s edition of The World and Everything in It. Good morning, I’m Myrna Brown.

MEGAN BASHAM, HOST: And I’m Megan Basham. With only a few days left in the year 2019, we continue our look back at notable people who passed away this year.

Now, we know everyone is notable in the eyes of God. But today, we mark those who passed away who were notable in a broad sense, who were widely known or who exerted great influence —whether for good or maybe not-so-good.

The current year-end issue of our sister publication WORLD Magazine includes short obituaries of more than 100 such people who died this year.

Here on WORLD Radio, we don’t have time to include the full listing. But now, we continue to give you a sampling of that full list of those who departed this earthly life in 2019.

Today we continue our recap of notable deaths in film, TV, radio, stage and history.

BROWN: You may already know about some of the people who died in these arenas this year. People like long-time NPR political reporter, Cokie Roberts, and the golden-voiced singer and actress Doris Day.

WORLD Radio’s Sarah Schweinsberg picks up our coverage of other notable names in these fields and begins with the man who became known as the “master of the musical.”

SARAH SCHWEINSBERG, REPORTER: You’ve probably had one of his tunes stuck in your head, at least once.

MUSIC: Bless your beautiful hide, wherever it may be. We ain’t met yet, but I’m a willing to bet you’re the gal for me…”

In the 1950s director Stanely Donen brought these songs and many more to life in movie musicals Singin’ in the Rain, Seven Brides for Seven Brothers, Funny Face, and Royal Wedding.

Despite the success of his musical movies, Donen never received an Oscar nomination. But in 19-98, the Academy of Motion Pictures honored him with a Lifetime Achievement Award. Stanley Donen died in February at the age of 94.

Now, a composer and musician who did win awards—four Oscars and 10 Grammys. André Previn wrote film scores for dozens of movies including Gigi, Porgy and Bess, and My Fair Lady.

Previn was best known for his versatility. He blurred the lines between jazz, pop, and classical music. He also wrote musicals, operas, and concertos. He died in February. He was 89.

And this year, a member of one of TV’s most famous duos lost her voice.

MINNIE: I must leave the ball by 5 o’clock… because that’s when the spell wears off and everything goes back to the way it was.

Russi Taylor voiced Disney’s Minnie Mouse for more than three decades. She won the role in 1986 after beating out more than 150 other contestants.

Off the screen, Mickey and Minnie Mouse became a real life couple when Russi Taylor married the voice of Mickey, Wayne Allwine, in 1991. They were together until Allwine’s death 10 years ago.

Over her career, Russi Taylor also lent her voice to The Simpsons, Strawberry Shortcake, Smurfs, and the Flintstones.

Taylor once said, “I never wanted to be famous. The characters I do are famous, and that’s fine for me.” She died in July at the age of 75.

MINNIE (Singing): Come on let’s dance together… We’ll be best friends forever. Who else could it be, but you and me?

Born into a poor family in Detroit, Witherspoon got his start at a Los Angeles comedy club in the 1970s. One night, actor and director Clint Eastwood scouted him on stage and began casting him in film roles.

Today, Witherspoon is best known for his comedic role as the grumpy father in the Friday film franchise.

The film’s success earned him roles in the TV comedy Wayans Bros. and the Tracy Morgan Show. John Witherspoon died in October at 77.

Next, an actress and singer trailblazer who found success on both the big screen and the stage. In 1962, Diahann Carroll became the first black woman to win the Tony Award for best leading actress in the Broadway musical No Strings.

CARROLL: The sweetest sounds I’ll ever hear are still inside my head. The kindest words I’ll ever know are waiting to be said.

In a 2013 interview with Oprah, Diahann Carroll said success aside, she struggled with the pain of her parents abandoning her with an aunt when she was a child.

CARROLL: She and my dad had decided they needed a year without the responsibility of a small baby.

Carroll said in her 50s, she was finally able to let go of that anger.

CARROLL: Forgiveness is an incredible thing. It gives freedom.

Diahann Carroll was 84 when she died in October.

Now, Harold Prince, the Broadway director and producer who won 21 Tony Awards—the most in Broadway history. Harold Prince brought famous musicals like Fiddler on the Roof, West Side Story, and Phantom of the Opera to life.

Many Broadway observers credit Prince with keeping Broadway relevant through challenging times including the decline of Times Square, and the rise of rock ’n’ roll.

Prince was known as a workaholic. At one point he had three shows running at the same time. In a 2008 interview with The New York Times, Prince said he never rested on past success.

PRINCE: No show gets a free ride because you had a success before. You’re as naked as you were the first day you worked and you’d better make it good.

In 2006, Harold Prince received the Tony Award for Lifetime Achievement. He died in July at age 91.

Next, on to literature where we first remember acclaimed African-American novelist, Ernest Gaines. Gaines wrote nine books including A Gathering of Old Men and A Lesson Before Dying. The latter earned him a MacArthur “genius” grant in 1993.

Gaines’s work featured stories of black struggle that turned into universal stories about the human condition.

His writing grew out of his own childhood on a Louisiana plantation where sharecroppers and former slaves lived on the poverty. Gaines remembered the plantation in an interview in 2000.

GAINES: We lived in cabins of course. These cabins had been built in the times of slavery… So we lived on that one plantation about six generations. When I was 8 years old I was already going into the fields to work 8-10 hours a day.

After World War II, Gaines moved to California and won a writing fellowship to Stanford University—giving him his start. Ernest Gaines died in November at age 86.

Now, to famous literary critic Harold Bloom. He is best known for defending the Western canon of books from critics who denounced them as products of white oppression.

As a Yale professor, Bloom argued that works by Shakespeare, Chaucer, Kafka and others should be enjoyed for their creative genius and not examined for their political or historical content.

During his career, Bloom wrote more than 40 books, including the best-seller How to Read and Why.

In a 2018 interview, Bloom worried that Western culture no longer values great literature.

Bloom was 89 when he died in October.

Finally, we turn to people who represented living history. First up, Nick Clifford, the last surviving rock carver to work on the Mount Rushmore monument in South Dakota. He died in November at 98-years-old.

It took 14 years to chip Gutzon Borglum’s presidential monument out of Granite Rock and nearly 400 men and a few women to do it. Nick Clifford was the youngest carver at age 17. He got the job in 1938 after his father abandoned the family.

In an interview this year, Clifford said he’s been the last surviving worker for 12 years now.

CLIFFORD: They’re all gone now. I’m the last one.

Clifford spent much of his life in the Black Hills area able to admire his work.

One of the last surviving World War II Navajo Code Talkers also died this year. Alfred K. Newman was 94 when he died in January.

During the war, the U.S. military struggled to create codes the Japanese couldn’t crack. Military leaders eventually asked the Navajo Nation to develop a code based on their complex language.

By the end of the war, more than 400 Navajo men, including Alfred Newman, were trained code talkers. The Japanese military never cracked their messages.

And last today, we remember “The Kissing Sailor.” On August 14, 1945, Japan surrendered to the Allies.

AUDIO: The day of days for America and her allies.

People spilled into New York City’s Times Square to celebrate. George Mendonsa was among the crowd. Mendonsa had served on a U.S. Navy destroyer and was on leave when the war ended.

He was actually on a date that day. But with his date standing just feet behind him, Mendonsa grabbed Greta Zimmer Friedman, a young dental assistant in a white nurse’s uniform. He dipped her back and kissed her.

Photographer Alfred Eisenstaedt captured the moment in an iconic image published in Life Magazine. The photograph became known as the “The Kiss” and was one of the most famous images of the 20th century.

In 2015, Mendonsa recalled that Friedman reminded him of nurses he saw care for wounded soldiers in the Pacific.

MENDONSA: And I say that’s why I grabbed the nurse. When I saw her in Times Square.

Oh and Mendonsa’s date? Well she forgave him and became his wife of nearly 70 years. George Mendonsa died in February at age 95.