The Most Reluctant Convert tells the story of how C.S. Lewis finally accepted Christ 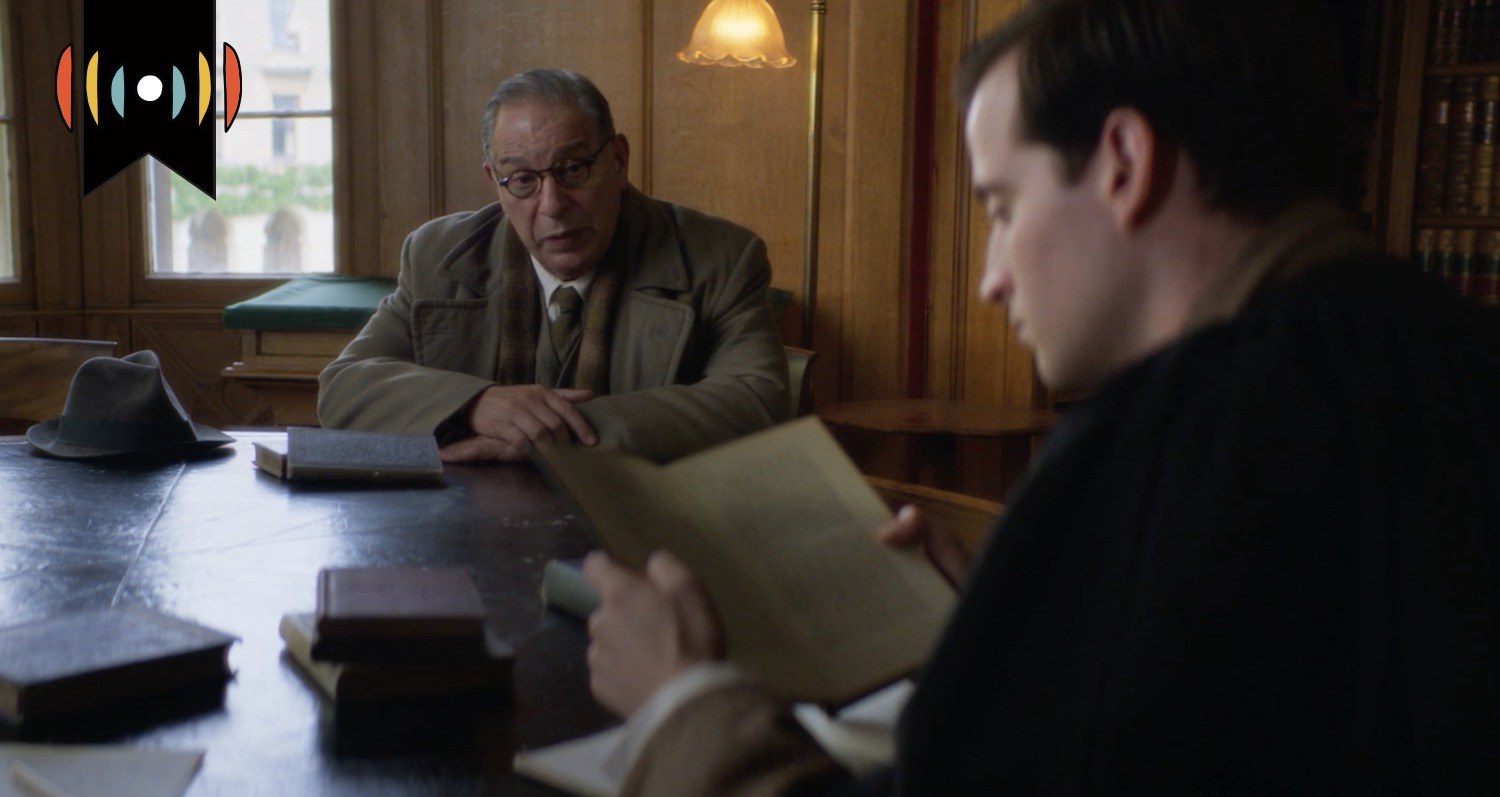 NICK EICHER, HOST: Today is Friday, October 29th. Thank you for turning to WORLD Radio to help start your day.

MYRNA BROWN, HOST: And I’m Myrna Brown. Coming next on The World and Everything in It: a radical transformation.

C.S. Lewis is one of the 20th century’s best known Christian apologists. Even many non-Christians are familiar with his work through the children’s series The Chronicles of Narnia. But fewer people know the full story of how Lewis came to embrace Christ after spending years as an emphatic atheist.

EICHER: A new film by Fellowship For Performing Arts tells that story. The Most Reluctant Convert, The Untold Story of C.S. Lewis is adapted from the original stage play by Max McLean. And it will be in theaters nationwide for one night only, on November 3rd. Some theaters are adding more dates as early ticket sales continue to rise. But there’s no word yet on how to watch the movie after that.

BROWN: Our reviewer, Sharon Dierberger, got a sneak peak. And she says if you like C.S. Lewis, you’ll enjoy this true story of how God transformed his life.

AUDIO: I never cared for my name. Clive Staples. The world came to know me as CS Lewis. Perhaps you’ve read my books. The Lion, the Witch, and the Wardrobe is most famous. But there’s one story that’s not so well-known. It’s my story. And who better to tell it, than me?

SHARON DIERBERGER, REVIEWER: Christians appreciate C.S. Lewis for his ability to articulate accessible yet profound insights into complex theology. In classics like The Screwtape Letters, The Abolition of Man, and Mere Christianity, he uses convincing apologetic arguments to defend Scriptural truths.

But for much of his early life he didn’t believe any of it.

AUDIO: So, if you’d asked me to believe all this I’ve just described as the work of an omnipotent, benevolent God, I would have laughed and said, the evidence points in the opposite direction. Either there’s no God behind the universe, a God indifferent to good and evil, or worse, an evil God.

Lewis, an avowed atheist from age 14, explained his trek to Christianity in his many writings. But thanks to this film’s concise script, the influences and turning points in his life emerge in about 70 entertaining minutes.

Three different actors ably portray Lewis. Eddie Ray Martin plays Lewis as a boy. Nicholas Ralph, best known for his role in the PBS series All Creatures Great and Small, portrays Lewis the young man. And McLean makes a very believable older Lewis. That’s not surprising. McLean has played Lewis 287 times in his one-man stage show this film is based on.

An opening scene shows the make-up crew prepping McLean. He looks down, pauses, then gazes up into the camera, transformed into Lewis’ persona. The story begins—taking viewers to the places Lewis frequented in England—replete with steam engine trains, a smokey pub, and the childhood home he describes in this scene:

AUDIO: I am a product of long corridors, empty, sunlit rooms, attics explored in solitude, distant noises of gurgling cisterns and pipes, noises of wind under the tiles, and endless books—Books readable and unreadable. Books suitable for a child, and books emphatically not. Nothing was forbidden. In the seemingly endless rainy afternoons, I almost literally read my way through the house.

The older Lewis walks us through his story, sometimes mere steps behind the younger Lewis dramatizing the same scene. He narrates mostly from Lewis’ own beautifully written words with his powerful mastery of language. The long soliloquies are worth listening to closely. But they may be hard for children to grasp. (The film is unrated, and includes one swear word.)

Lewis describes a happy childhood until his mother’s death from cancer—despite his fervent prayers—when he was a young teen. Her death, and the drastic change in his father afterward, influenced his break from his Christian upbringing. It led to what he called one of the worst acts of his life:

AUDIO: I allowed myself to prepare for confirmation, be confirmed, make my first communion—all in total disbelief. Acting a part. Eating and drinking my own condemnation. I knew I was acting a lie. Cowardice drove me to hypocrisy, and hypocrisy to blasphemy!

As a young man, Lewis heads to Surrey for two years of rigorous teaching from an atheist tutor. He plunges into reading classical, mostly secular works, and veers into materialism and even the occult.

But one day, while rummaging in a bookstore, he discovers a fantasy novel by Christian writer George MacDonald. Reading it resets his moral compass.

AUDIO: The bright shadow coming out of this book transformed everything, and it would affect my own writing forever. It was as if I’d died in the old country and come alive in the new. That night, as I read Phantastes, my imagination was baptized. The rest of me took a little longer.

We learn how God used Lewis’ unrelenting pursuit of truth and numerous circumstances to slowly draw him. The film shows how Lewis sustained a critical injury in World War I—and how he later befriended Christians at Oxford University, including J.R.R. Tolkien, who challenged his thinking. Lewis had to decide if Jesus was a liar, a lunatic, or Lord.

After his conversion, Lewis said, “That walk marked the end of one journey and the beginning of another.” His words sound remarkably close to this quote from his last chronicle of Narnia: “Now at last they were beginning Chapter One of the Great Story which no one on earth has ever read: which goes on forever: in which every chapter is better than the one before.”