The instability in Haiti makes short-term mission work impossible, at least for now

A man rests in an abandoned truck during the general strike in Port-au-Prince, Haiti, Monday, Oct. 18, 2021. Matias Delacroix/Associated Press Photo 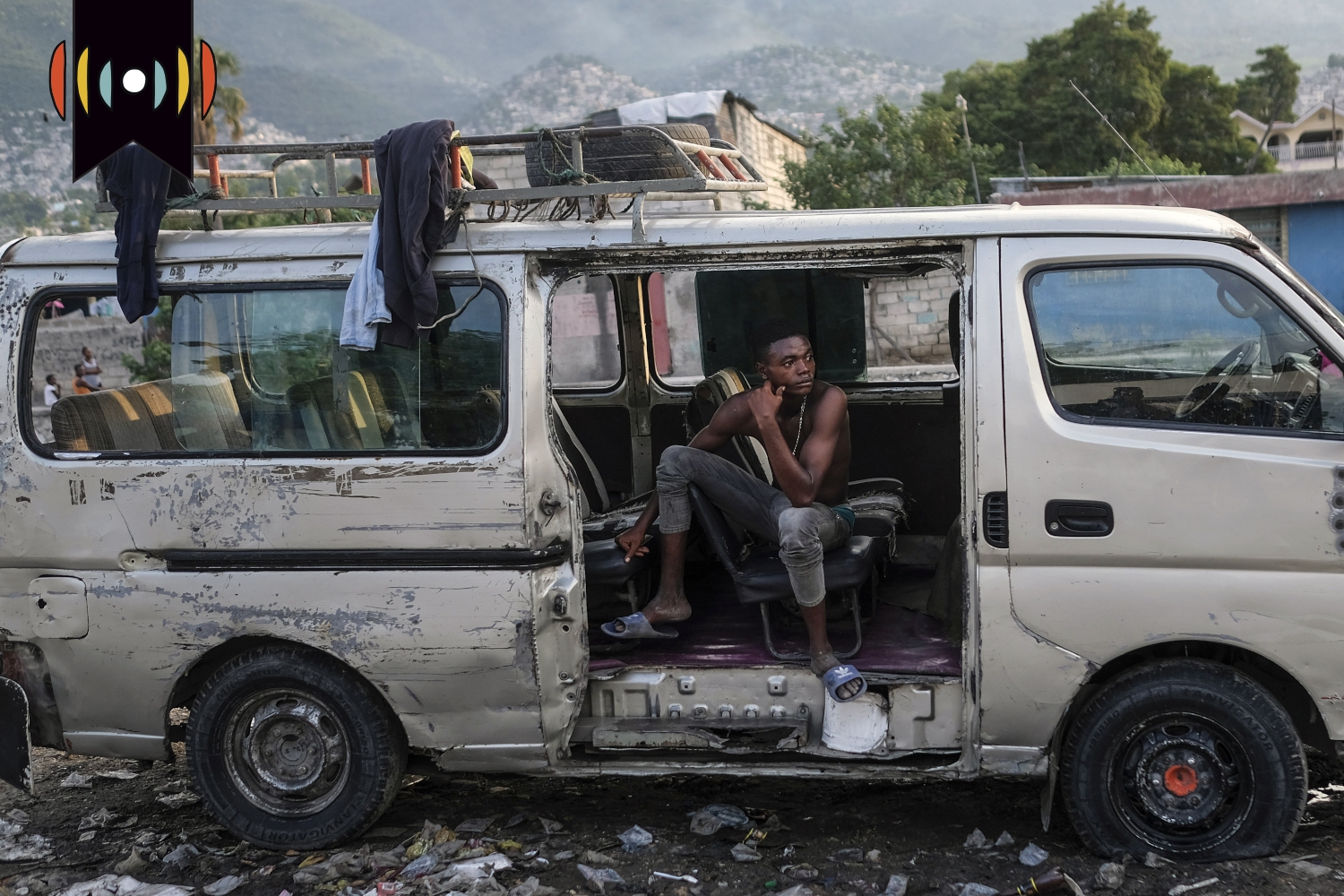 MYRNA BROWN, HOST: Up next: the crisis of gang violence in Haiti.

Within the last few months, Haiti has endured a presidential assassination, an earthquake, and a tropical storm.

But even before these recent events, the country was already gripped by crime, corruption, and extreme poverty.

MARY REICHARD, HOST: Violent gangs terrorize the country as the government and police force are ill equipped to maintain order.

Just this week, one of those gangs kidnapped 17 missionaries who were part of an American Christian aid group. That gang is now reportedly demanding millions of dollars in ransom money.

BROWN: Joining us once again to talk about the turmoil in Haiti is Dr. David Vanderpool. He is a trauma surgeon and the founder and CEO of LiveBeyond. That is a ministry that helps provide healthcare, education, orphan care, and the Gospel to the people of Haiti.

DAVID VANDERPOOL, GUEST: How are you doing today?

VANDERPOOL: We are in an area just outside of Port-au-Prince. We've been here since 2010. Have a large base, we have a surgical hospital, a large maternal care program as well as a child nutrition program. Have a nice, fantastic school and a church and a demonstration farm. So we have quite a bit of different things going on in that area.

BROWN: Well doctor, you gave us some insight on this a few months ago, but for those who may not recall that conversation, give us a sense of the gang problem in Haiti. How powerful are these gangs and how greatly does the problem impact everyday life for Hatians?

VANDERPOOL: It's a great question. These gangs are overwhelmingly powerful. I can't emphasize that enough. The government has essentially collapsed because the President was assassinated. Parliament's been disbanded. The head of the Supreme Court died under sort of suspicious circumstances. And so all three pillars of the government have been eliminated. The President, Prime Minister has not been ratified by Parliament, sort of ruling by decree and he has very little support. The gangs are much more powerful than the government. They've infiltrated the police. It's just an overwhelmingly big problem. These gangs have acquired heavy machine guns, Russian-made PKM machine guns, which are just a formidable weapon. So, it's really a problem here. The kidnappings and murder are up 300 percent. And we've actually had problems with this exact same gang before. My wife, they attempted to kidnap my wife, pistol whipped her, beat her very badly. We were able to forge that attack through just superior force at that point, and rescued her. But then later, two of our team members were kidnapped, held for ransom by the same gang, and tortured for four days. So, we did negotiate their release without paying anything. But this is an extremely big problem. People are hiding in their houses. They're very afraid of what's going on. And this kidnapping of Americans represents a massive turn in Haiti. Generally Americans have been excepted from the violence and we've enjoyed sort of a semi-quasi-safe environment. But those days are now over. And so none of us are safe here. American teams coming down are not safe. And it's just an enormous problem.

BROWN: I’m just going to ask you because I think our listeners, after hearing what you described about what you, what your wife experienced, why are you still there?

VANDERPOOL: [laughs] That's a great question. I think I ask myself that every day. You know, we are called to be here and in other countries. We work in multiple countries. And this is a calling for us. My wife has not been back since 2019. Not because she doesn't want to, but because I don't want her to. But I've remained. But we're called. The Lord has called us to this place and he says that, you know, anyone who wants to pursue a righteous life will suffer persecution. So that's just part of this and we accept it.

BROWN: Lots of churches in the United States send groups to Haiti for short-term mission trips. How has the ongoing instability changed that work in recent years? And how do you think this kidnapping will affect it in the near future?

VANDERPOOL: Well, we used to take teams down—American teams. We have stopped. We stopped in 2019 because of the violence. And I would highly recommend—I cannot emphasize this enough—there is no reason for an American team to come down here at this point. It's just extremely dangerous. The State Department has a rating system for countries according to their safety. The worst being a level four. Haiti is a level four and has been so for quite some time. And really, Americans have no place—short term missions have no place coming down here at all.

BROWN: You’re saying the government isn’t able to provide protection or security at all to aid groups?

VANDERPOOL: Not at all. There's absolutely no protection offered. The Haitian government is completely unable to do that. The police are often complicit with the kidnappings. They are also very understaffed. The American embassy has a skeleton crew here. They have no support services for rescue, search and rescue, there at the embassy. And the State Department has made it very clear that they don't want to be in the business of rescuing American citizens in Haiti. So you're completely on your own. And that's not a place you want to be when you have an armed, heavily armed gang that you're coming up against.

BROWN: Okay, Dr. David Vanderpool has been our guest. Doctor, thanks so much!

VANDERPOOL: Thank you so much. Have a good day.