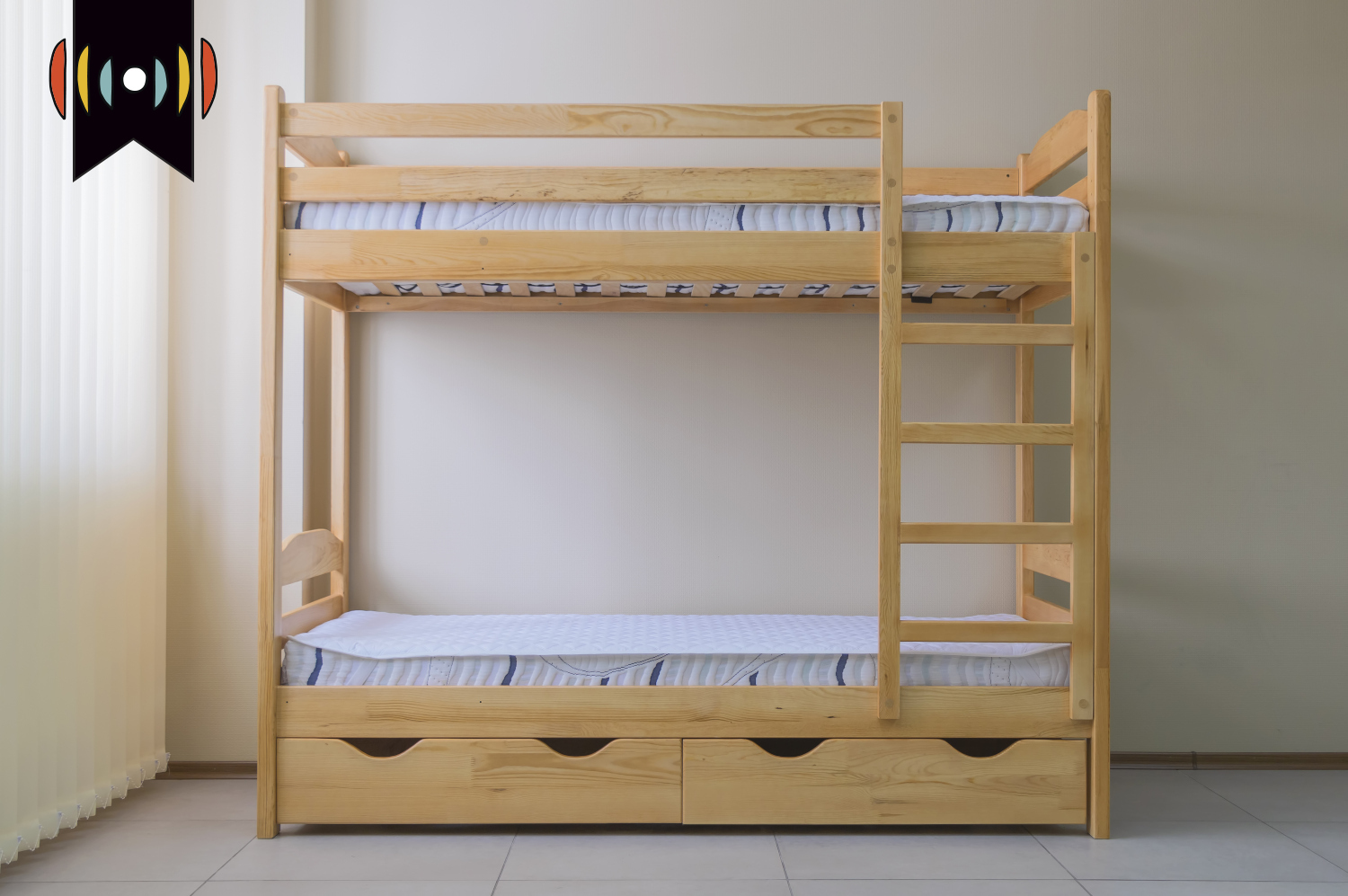 MYRNA BROWN, HOST: Today is Thursday, May 5th. This is WORLD Radio and we’re so glad to have you along with us today. Good morning. I’m Myrna Brown.

MARY REICHARD, HOST: And I’m Mary Reichard. Coming next on The World and Everything in It: Pushing for a change.

Christians face growing conflict in modern America as social norms slide further and further away from biblical teachings. Trying to turn the tide can be difficult.

BROWN: Especially on college campuses, where liberalism often reigns. Today WORLD Senior Writer Kim Henderson takes us to meet a woman who is shaking up the status quo at public universities in her state. Here’s her story.

KIM HENDERSON, SENIOR CORRESPONDENT: Nancy Barrett is the epitome of Southern hospitality. She’s quick to offer coffee, as well as an impromptu chicken salad lunch. Both served on her mother’s china, mind you.

But if there’s any subject that can change her calm demeanor, it’s college dorms. And what is happening in them.

BARRETT: I have a friend who is from Colorado, and she called me to see if she could borrow my condominium to allow her daughter to leave the room during exams.

Her friend’s daughter was living at the University of Mississippi, Barrett’s alma mater, in a dorm with open visitation. Students don’t often report violations of visiting rules because that would be tattling, and peer pressure is strong.

BARRETT: There was a boy in the room with her roommate. And the night before she had slept on the floor of the laundry room. So that disturbed me, her mother terribly, all of us.

Barrett was disturbed enough to contact the school. She couldn’t believe what she learned about open dorms and visitation policies.

Barrett was surprised to find administrators indifferent to her concerns. Back when she lived at Ole Miss, male students would have been expelled for coming into her room.

BARRETT: We were safe, though. We could, you know, visit back and forth in our pajamas or whatever we wanted to. We didn't have to dress to get out of our rooms. When do they study with people chit chatting in the room, a boy and a girl?

Studying may be the least of concerns for some students. One freshman described spotting a pregnancy test in the trash can in the bathroom on her floor. She also saw an empty Plan B abortion pill box.

BARRETT: It's a frightening thing, especially from a Christian standpoint. But from any standpoint, it's a dangerous thing. And it just needs to stop. 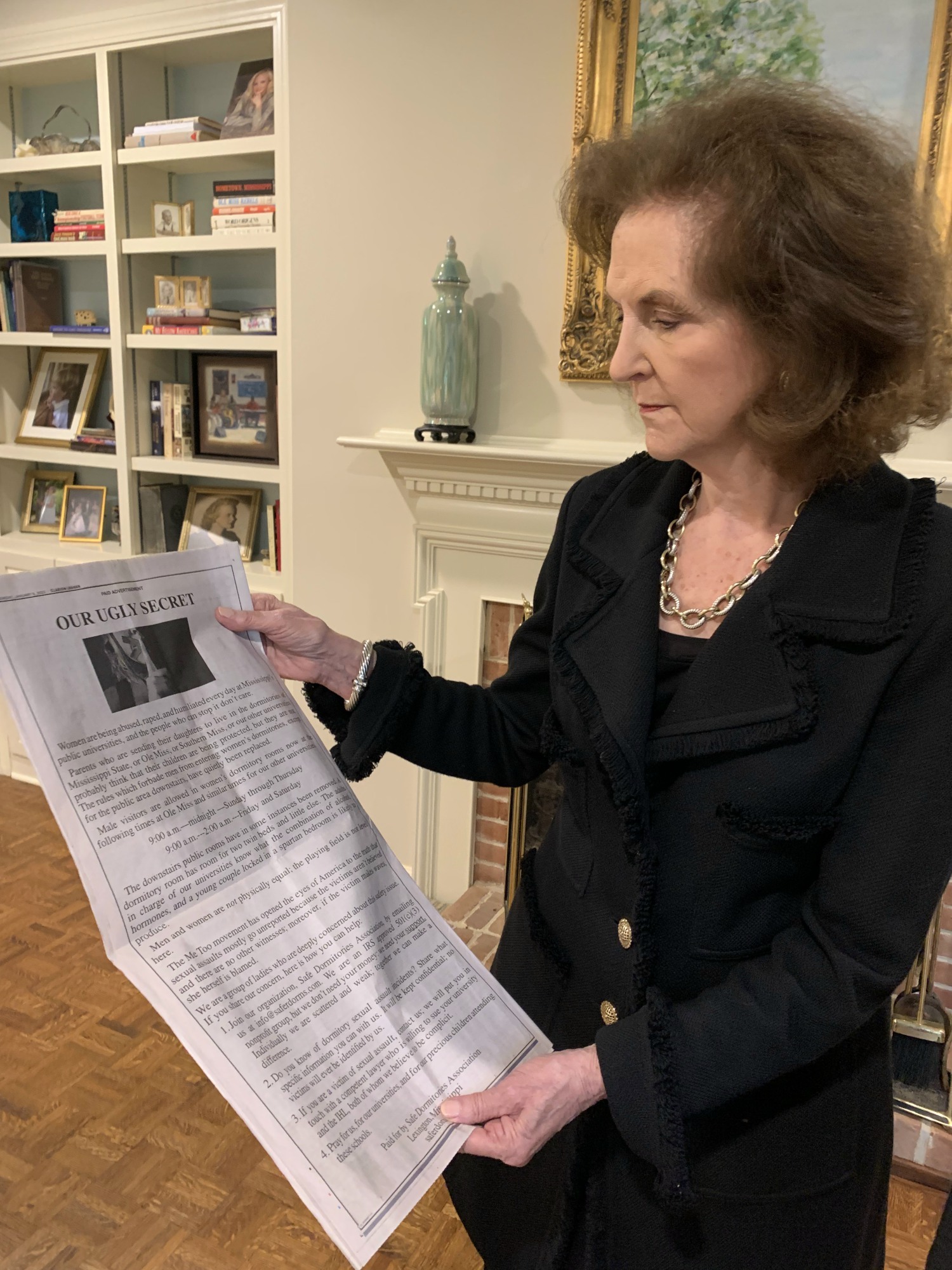 The danger part is of interest to Andrea Curcio, a professor at Georgia State University College of Law who researched and wrote about the issue after it hit home.

CURCIO: My daughter was a victim of a dorm-based sexual assault.

Curcio says conversations about college sexual assaults often ignore a basic fact—that the majority of them happen in dorm rooms.

CURCIO: We say don't put down your drink at a fraternity party. We say be careful when you're walking home on campus. There's blue boxes on campus, all of that, to create a sense of “it's not safe out there.” But there's nothing alerting students to the need to pay attention where they live.

Curcio isn’t convinced open or even co-ed dorms are the problem. Still, more than 70 percent of on-campus rapes occur in campus residence halls. In 9 out of 10 cases, the perpetrators are people the victims know.

At 75, Barrett is an unlikely activist. She’s a grandmother who’s more comfortable playing a supporting role to her trial lawyer husband than emailing newspaper editors. But she saw a gap in Christian response. Barret and others formed an advocacy group.

BARRETT: Nobody is tending to this problem. And so we noticed that, and so that's why our group has taken it on willingly and enthusiastically.

Their goal is the elimination of opposite-sex visitation in dorms at all public universities in Mississippi. They’ve contacted legislators and university chancellors. They’ve launched a website and placed full-page ads in The Clarion-Ledger, Mississippi’s largest newspaper.

Board member Janie Harris shares Barrett’s concerns. Most schools require freshmen to live on campus, and she says 18-year-olds aren’t willing to complain about the problems that come along with nearly around-the-clock visitation. 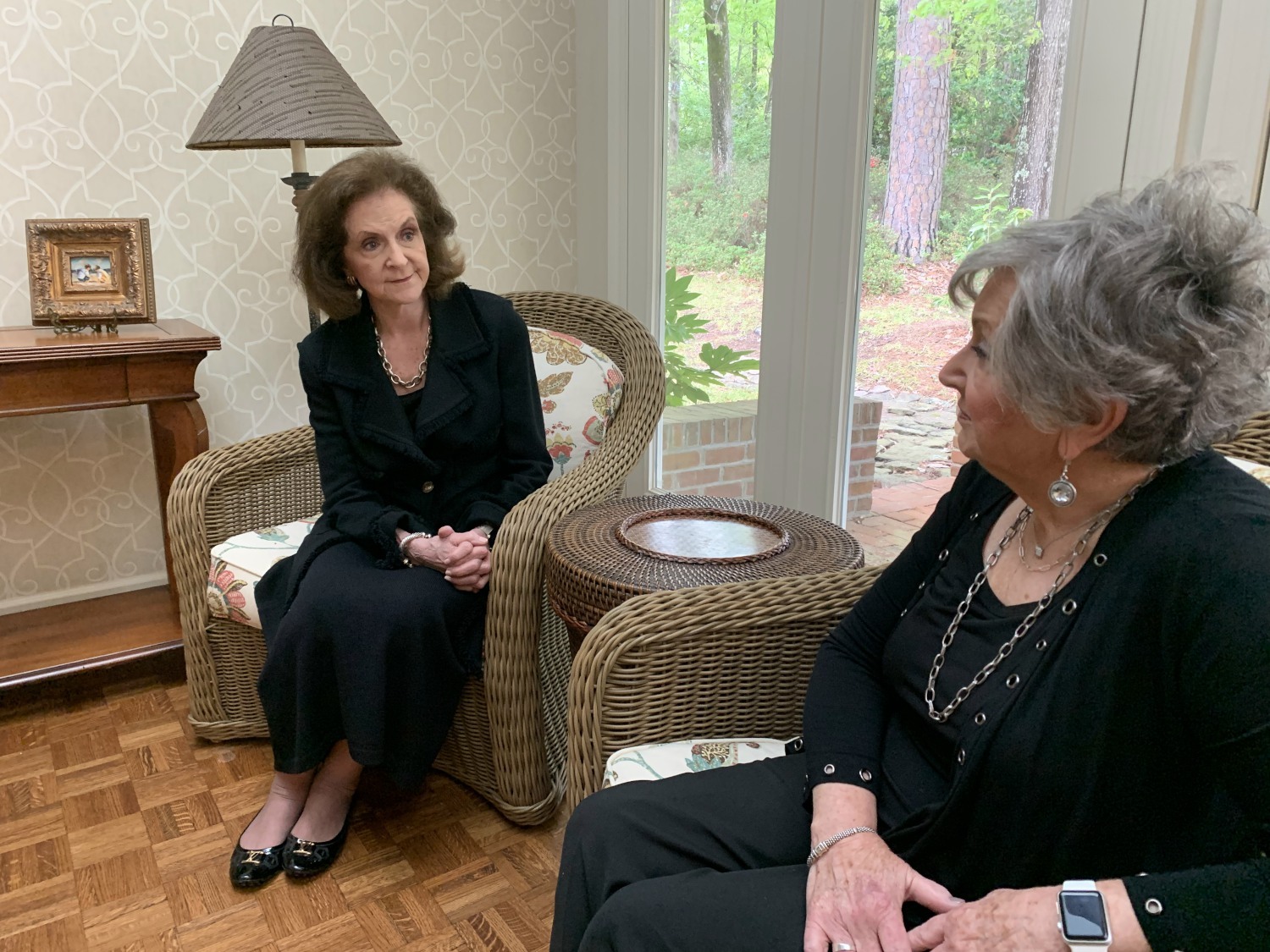 HARRIS: There's so much peer pressure on our young men and women their freshman year to fit in—to be accepted, to be popular—that so many of them are afraid to speak up.

Barrett believes everybody loses when boundaries come down. The girls. The guys. They suffer spiritually, physically, academically.

BARRETT: We will never know the harm that it brings on these young people, because much of this policy is shrouded in secrecy and shame. Administrators and our government turn a blind eye.

To truly make a change, schools will have to turn back the clock.

BARRETT: The closest we've gotten to an explanation is that men were allowed in the rooms since the ’70s. That's a long time to have a bad policy.

But Barrett offers an easy solution.

BARRETT: Nothing is required to fix this problem except a piece of paper taped to the door of each dorm— “There will be no opposite gender visitation.” Simple, cheap. Less than $5 per campus. This is not an expensive fix. This is a mindset.

BROWN: To read more about this story, look for Kim’s companion article in the latest issue of WORLD Magazine. We’ve included a link to it in today’s transcript.