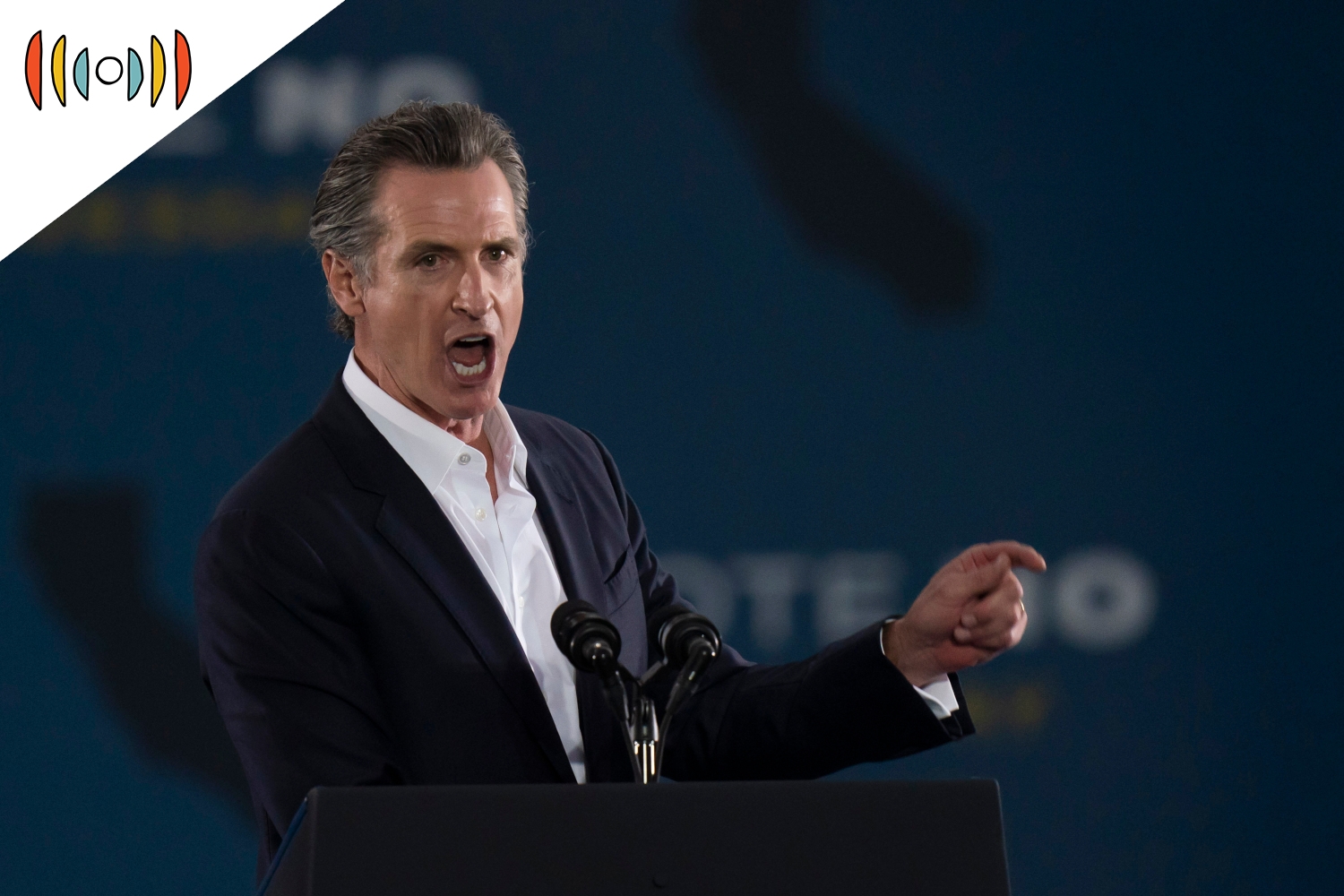 NICK EICHER, HOST: Up next: the California recall.

Voters will head back to the polls today in the Golden State to decide whether Gov. Gavin Newsom can keep his job.

Critics of the Democratic governor gathered more than 2 million signatures to force the recall election under state law. They cited, in part, his handling of the COVID-19 pandemic, and related to that back in November, photos showed the governor mingling in a restaurant without a mask even as he mandated that Californians mask up in public. He later apologized, calling it a “bad mistake,” but the political damage was done.

MARY REICHARD, HOST: That’s not the only complaint his opponents have. The petition that led to the recall vote stated, quote: “People in this state suffer the highest taxes in the nation, the highest homelessness rates, and the lowest quality of life as a result.”

Well, here now to fill us in on the latest in the California recall election and what it all means is Kyle Kondik. He is director of communications at the University of Virginia’s Center for Politics.

REICHARD: Well, gubernatorial recall votes are pretty rare. And if memory serves me, it happened once before in 2003, and that was the election that made Arnold Schwarzenegger governor. Is that correct?

KONDIK: Yeah, there's only been four in American history. There are a number of states that do have the provisions for recalls. About 20 years ago, Democratic Governor Gray Davis was recalled. He was much more unpopular than Gavin Newsom is now. But, of course, Gray Davis ended up being replaced by Arnold Schwarzenegger.

One other famous gubernatorial recall more recently was Scott Walker, who was the Republican governor of Wisconsin, faced a recall vote in 2012. That was a little bit different. It was a lot different, really, than what is happening in California, because what happens in a recall in Wisconsin is that there's actually an opponent who gets nominated, and it's sort of another election, and it ended up being Republican Scott Walker versus a Democrat in that race.

REICHARD: Okay, so let’s drill down to specifics in California, and explain how this works. Republican Larry Elder is Newsom’s top opponent—and I’ll ask you about him in a moment. But is Elder actually on the ballot? Or would Newsom’s replacement be decided separately if voters decided to oust him?

KONDIK: So, the ballot has two questions. The first one is just an up or down vote on Gavin Newsom—do you want to recall him or not? And then voters also can vote—if they want—for a replacement and that's where Larry Elder’s name is on the ballot and almost four dozen other candidates. Elder has emerged as sort of the the clear alternative to Newsom in the sense that Elder generally polls much higher than the other candidates. But it is not really, you know, it's not who do you choose: Newsom or Elder. It's do you want to recall Newsom, and then who do you want to replace Newsom if in fact he is recalled? And the Democrats—there are Democrats on the ballot, but there's really not a prominent Democrat on the ballot. Which is different than in 2003 when Chris Bustamante, who was the lieutenant governor—Democrat at the time—he was on a ballot as sort of a clear alternative—Democratic alternative—to Gray Davis. There are several prominent Republicans—Larry Elder, conservative radio talk show host, is the most prominent. But also Kevin Faulconer, who is a former mayor of San Diego and has long been regarded as the Republicans’ sort of top statewide prospect. Also John Cox who is Newsom’s opponent in 2018. And, you know, there are other celebrities on the ballot like Caitlyn Jenner, the reality television star.

REICHARD: OK, now for those who don’t know, and you identified Larry Elder as having a radio show. How did he come to be the governor’s leading rival?

KONDIK: Elder has been around for a long time. He's sort of a prominent conservative commentator. And I think he basically just had kind of the best name ID and the best profile of these alternative Republican candidates. And so he began to lead in the polls and I think in some ways, Newsom has sort of elevated Elder to his main opponent because I think Newsom wanted there to be a clear foil on the Republican side and someone who has, kind of, you know, he's a radio talk show host and so he’s definitely—those sorts of people can say a lot of outrageous things over time—and so Elder has and those are things that Newsom has highlighted. And so I think in some ways maybe Newsom has been kind of running against Elder, which is a way for Elder to have increased his own prominence. But I think that's probably also been helpful to Newsom and there's been some—you know, just—over time there’s sort of more opposition research has come out on Elder, which I think has had a benefit for Newsom.

REICHARD: What does the latest polling suggest might happen today?

KONDIK: It looks like Newsom is in good shape. I think if you kind of average the recent polls—keep Newsom versus remove Newsom, the keep side is up by double digits. And also, California has a very robust vote by mail system. And in fact, starting in 2020, every voter is mailed a ballot as is done in some other Western states. So that was a sort of a change to based on COVID. But California already had a very robust system of early and mail-in voting, etc. But there have already been close to 8 million ballots returned. And we do know the sort of statistics about the ballots returned. And more than 50 percent of the ballots come from registered Democrats—only about 25 percent come from registered Republicans, the rest are Independents. That basically approximates what the partisan breakdown in California is anyway, in terms of registered voters. There's just way more registered Democrats than registered Republicans. Now, look, it's possible that there are a significant number of registered Democrats who vote to recall Newsom and if this thing ends up a lot closer than then the polling indicates, that probably will have been what had happened. But California is also known for having kind of a long vote count. So we'll probably have—if this thing is actually really close, we may not know the winner on Tuesday night or Wednesday morning. But we should have enough of the vote in that if Newsom won relatively comfortably, that should probably be clear from the returns.

REICHARD: Kyle Kondik with the University of Virginia‘s Center for Politics has been our guest. Kyle, thanks so much!