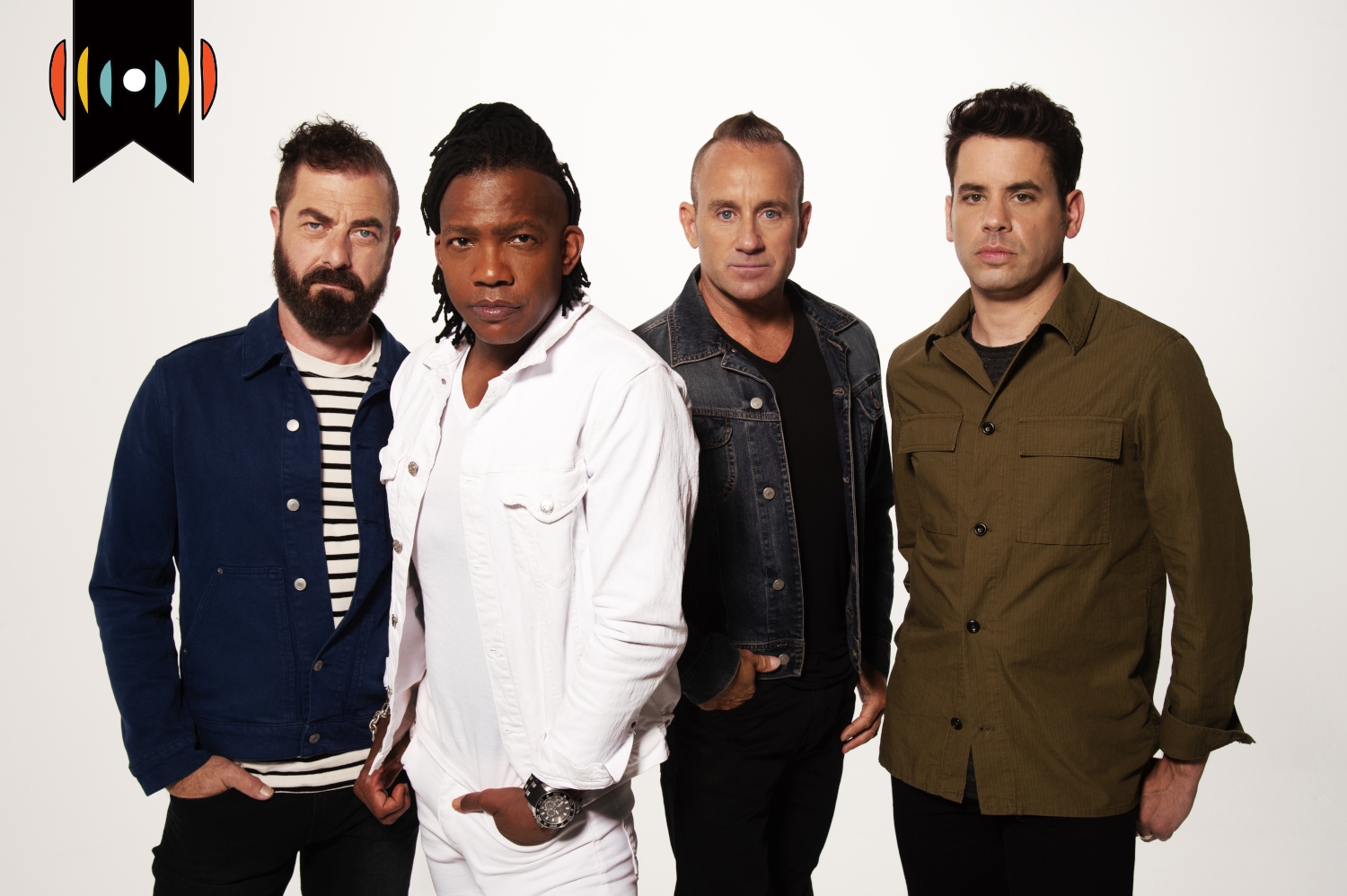 MYRNA BROWN, HOST: Today is Friday, October 15th. Good morning! This is The World and Everything in It from listener-supported WORLD Radio. I’m Myrna Brown.

BROWN: I did, and our conversation started with this song.

MYRNA BROWN, REPORTER: In 2014 lead singer Michael Tait, drummer Duncan Phillips, keyboardist Jeff Frankestein and guitarist Jody Davis, turned those three words into gold. One year later, the song, God’s Not Dead, became the Newsboys first platinum single, hitting the 1 million mark. Talk about a hard act to follow! The Newsboys have released seven other projects since then. Tait and Phillips say this latest album was five years in the making.

MICHAEL TAIT: Everytime you make a new record, you’re reapplying for your job. Because you are not guaranteed or promised (That’s right, that’s right) that people that bought the last one are going to be feeling this one.

Stand is the Newsboy’s latest offering. The album’s title track starts with a musical and lyrical twist, which makes the song stand out.

SONG: What kind of heart do I have in my chest? / Does it beat for my Savior, or just for my flesh?

The lyrics are bold and piercing while the song’s instrumentation is soft and mellow. A subtle reminder of how Jesus can be both the Lion and the Lamb and how we as Christians are to be wise as serpents yet gentle as doves.

Funky guitar chops provide a head-bopping introduction to the first song on the 10-track album.

Magnetic is a composition Tait co-wrote that describes God’s love.

MICHEAL TAIT: My uncle had a machine shop when I was a kid, Duncan. And there were these little metal shillings or shavings. And I remember my brother and I were sitting there with this magnet, and seeing how close we could get before the magnet would pull these shillings to them. And I thought that’s an analogy of God’s love for us. God’s love is always drawing. It’s always pulling.

Not a bad illustration, but like most analogies, it doesn’t quite capture the complexity of God’s working.

On the music side, with its retro-80s vibe, the energetic Magnetic resembles the Newsboys oldie-but-goodie song, Crazy. What’s missing however, is what the stadium-packing youth group fans of the 90s would call the band’s edginess, often wrapped in witticism. Part of that transition is likely due to how the make-up of the band has changed over its three-decade history. Newsboys started as a clean-cut pop/rock garage band in 1985 by four Australian teenagers. John James did most of the lead singing back then.

The late 90’s was the Peter Furler era… full of guitars with loops, synthesizers and sound effects. Furler, also a band co-founder, was the band’s frontman until 2009.

2010 ushered in the Michael Tait era.

MICHAEL TAIT: Peter Furler, you know a bald caucaisan man from Australia with an accent. Then they get this braided hair, chocolate boy from D.C. So, it was a bit of a hot mess at first.

Certainly more than previous projects, Stand takes the Newsboys even further into the mainstream pop music realm and beyond. You can hear it in songs like the reggae-inspired, Ain’t It Like Jesus.

And the gospel-infused Blessings on Blessings takes me back to my childhood choir stand days.

At the end of the day, Stand is a solid pop record for listeners who are embracing the new era of Newsboys. And for older fans...there’s probably still enough passion and vocal swag in this project to please. After 36 years in the Christian music industry, Tait and Phillips say that’s the musical tension they live with.

DUNCAN PHILLIPS: It’s kind of easy to make another record of the last successful one. That’s easy. But to really dig deep and say ok we had a lot of success, we sold gold or platinum or whatever it is. That’s great. But recognizing that music is changing constantly, the fans are changing constantly.

Thankfully, we serve a God who is immutable and only what we do for Him will stand.