New territory for Christians in Cuba

People attend a cultural-political event on the seaside Malecon Avenue with thousands of people in a show of support for the Cuban revolution six days after the uprising of anti-government protesters across the island, in Havana, Cuba, Saturday, July 17, 2021 Ismael Francisco/Associated Press Photo 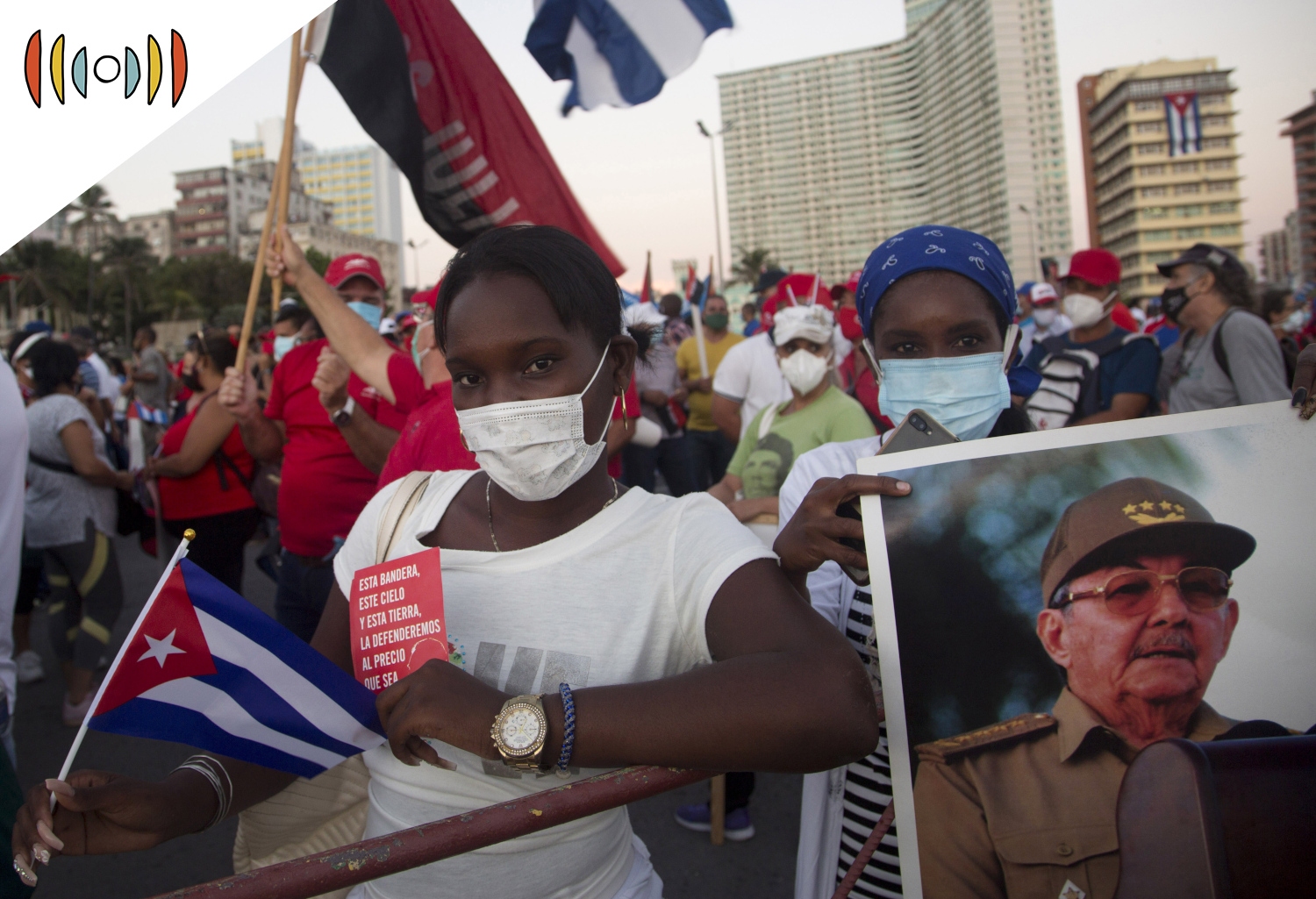 MARY REICHARD, HOST: Coming up next on The World and Everything in It: Christians in Cuba.

Pastor Alexis Pérez left Havana for a visit to the United States one week before protests erupted earlier this month. He watched from Miami as the uprising spread around Cuba and the government tried to silence cries for freedom.

NICK EICHER, HOST: Over the weekend, the communist regime rallied thousands of its supporters—and the dictator Miguel Díaz-Canel—incited mobs to turn against their countrymen.

He gave a televised speech that blamed the United States for the chronic shortages, power outages, and lack of vaccines that provided the spark for the protests.

WORLD’s Onize Ohikere recently spoke to Pastor Pérez about what’s fueling the opposition and how it has affected the church in Cuba.

ONIZE OHIKERE, REPORTER: Pastor Alexis Pérez had no idea when he left home that trouble was brewing.

ALEXIS PEREZ: There has been some kind of movement before that has been trying to work for this to happen in Cuba. I mean, people outside Cuba, like you have Americans in US, and things like that. People were working for that. But what is very unique of this movement that happened just started last Sunday is that it was spontaneous.

But the spark that eventually ignited the protests began burning months ago.

PEREZ: So we were from March to November 2020 with our borders closed. So it means that the economy that it wasn't doing very well at that point, it got worse, very worse. And, you know, we started to have some lack of all kind of basic things to survive.

Then, despite the border closures, the coronavirus started to spread.

PEREZ: So right now we are breaking, like everyday we're breaking the rate before the record of coronavirus cases in Cuba. And some provinces, the health system has collapsed. Plus of that, I mean, like a month ago, they started to do some kind of blackouts in Cuba.

Perez said with temperatures soaring into the 90s, that was the breaking point for many Cubans.

PEREZ: Cuba is a tropical country. So these were in the summer right now. So this is really hard to do it without electricity there. And then I seen that the blackouts were the why, I mean was like the last drop in all these other people just went to the streets looking for freedom asking for many other things.

Following the protests, government forces reportedly arrested at least 100 Cubans, some of them pastors.

PEREZ: That's because they participated in that protest. Though, I don't think that the majority of Christians have been involved in that. So that's why they went out to get those pastors because it means that if a pastor go to the demonstration, it will, I mean, a lot of church members will go too. So I think that the government is afraid that the pastors became leaders, local leaders in the social movement. But I think that Christians have taken a different approach in that way, and not really have been really active protesting against the government.

Perez says church leaders aren’t encouraging protests. But they are speaking out against the government’s attempts to stop them.

PEREZ: I mean, the government, they didn't call to violence in Cuba, they are trying to, I mean, they don't want to send the army to beat the people. So they call Cubans to fight Cubans. Not the army. Or they dress the army in civil clothes, and that send them to pick Cubans. That's pretty normal in Cuba.

Perez says most Christians wouldn’t be sorry to see the government fall, if it comes to that.

PEREZ: Cuban government is not good at churches. So we have been, we have a lot of limitations in Cuba, we have a lot of prosecutions, and things like that in Cuba. So it is difficult to be a Christian in Cuba. We don't have the open persecution that you will see in other places. But the government is always trying to limit what church can do. And they're very hard of that. So I think that most of the Christian they are, they are okay, with what is happening, if this is coming to an end of the government. I will say that. Most of the Christians, because we have been suffering. Though, I think that most of the Christians also in Cuba, we don't think that we should be involved in these kind of violent events and trying to take over a government. So we think that we need to wait on God, pray, be peacemakers. And see what God is going to do.

But Perez says this is new territory for most Christians, including church leaders.

PEREZ: Right now what we are trying to do is to inform our people. We're not used to these kind of things in Cuba. I mean, I'm 50 years old, I have been always living in Cuba. And this is the first time in my life, something like this happened in Cuba. So we are not used to react to this. How, what, how, what would you do? I mean, we're, I mean, we're even figuring out we are praying, we are looking for wisdom, on how to deal with all this, all this. So I think that we need to learn from this. I think the church to be ready for future things will come because I think they will come in the future in things like this. We should be ready for that. I think that the best that we can do right now is I mean, we are figuring out how to react to these how to help people in the middle of this how to be peacemakers how to denounce what to be denounced, like, you know, the government calling to violence between Cubans and things like that. But also be respectful of all the government authority. So this, I think we are learning, think we are learning. I think that the most we are getting right now is that we need to do some preparation, do some study, do some theology on this and be ready for what is coming.

At the end of our conversation, I asked Pastor Perez what the wider church could do for believers in Cuba.

PEREZ: I think we need wisdom. And we need prayer. That's what we need. We also need to be able to help people. For us to be able to keep preaching the gospel in the midst of all these, keep doing the work and helping people.