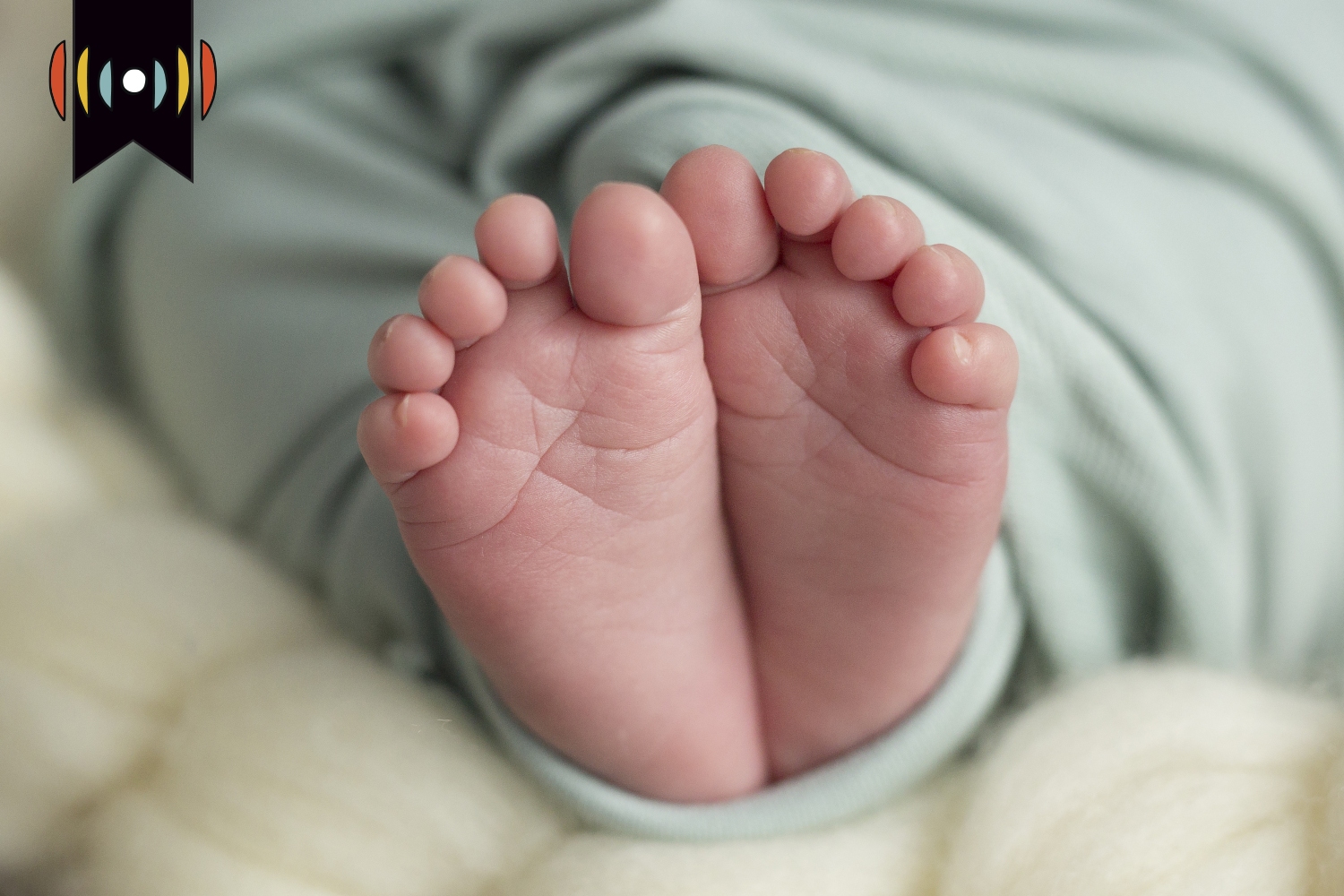 NICK EICHER, HOST: And I’m Nick Eicher. Have you ever heard this expression?

You may have heard a few weeks ago Pope Francis criticizing this notion—the idea of married couples treating pets like children instead of having children. He minced no words—in his view “fur babies” instead of babies is plain selfish.

The papal chastisement came as birth rates in many parts of the world continue to fall. In some places, they are now below replacement rate. That means, the population in those countries is shrinking.

BROWN: Pope Francis was speaking to Catholics, but it’s not just a Catholic problem. Evangelicals in the United States are also having fewer children.

LAUREN DUNN, REPORTER: Erin Davis is a Bible teacher and author of several books, including one for parents called Beyond Bath Time. But years before she wrote a book for moms, Davis didn’t plan on ever being a mom. She and her husband Jason married in their early 20s but decided not to have children because of their plans for ministry.

DAVIS: The messages of our culture drip into our systems, probably even more than we realize. I mean, I am somebody who was a follower of Jesus, who believes the Bible was the source of authority for my life, and had this idea that, you know, well, how many children I have, or if I have children at all, is not even something I need to submit to God's lordship. I've never prayed about it. I've never opened my Bible trying to decide God's will for it, I just decided, we just decided this is what we're not going to do in our case.

According to the National Center for Health Statistics , birth rates for American women in every age group fell in 2020. The overall U.S. fertility rate dropped to its lowest point ever.

In November, Pew Research released a survey showing that nearly half of childless American adults don’t think they’ll ever have children. Over half of them say they just don’t want to.

Lyman Stone is an adjunct fellow at the American Enterprise Institute. He blamed economic issues for the waning interest in parenting.

STONE: Part of this is the follow on from the recession in 2008-09 that drove a decline in a lot of places. And in particular, it really hammered the financial resources of younger Americans. And they really never did recover. And not just younger Americans, but young people around the world. And particularly as a lot of countries have this large Baby Boomer generation. It's created a lot of difficulty in bringing up the next generation. Baby Boomers expect to work longer years, they expect their houses to appreciate greatly in value. And both of these create problems…

Stone says the greater cultural emphasis on education has also influenced the drop in birth rate, with more women choosing to get advanced degrees.

But it’s not just about economics.

Trevin Wax is the vice president for research and resource development at the North American Mission Board. He follows data on declining denominations—which includes declining birth rates.

WAX: There's this understanding of freedom that takes root in the hearts of many people in a society where expressive individualism is strong, in which freedom is seen as the absence of constraints. And the challenge with a family, the challenge even with marriage in general, is that it is by nature, constraining.

Wax hasn’t tracked a trend toward intentional childlessness among evangelicals. But he says birth rates in the church do seem to be falling, likely due to men and women marrying and having children later in life.

And their smaller families may not be intentional.

STONE: There's a huge disconnect between fertility desires and fertility outcomes. There's going to be lots of people not having children that they would like to have, because they got started too late, or they didn't find a suitable partner or they didn't feel they had enough money to provide for what they see as the needs of that child.

According to a report Stone co-authored last October, people of faith may be more likely to want to have children. Among people who regularly attend religious services, interest in having children fell by just 1 percent in the last two years. But for Americans who don’t regularly attend religious services, that interest fell by 11 percentage points.

Steve and Candice Watters got married in 1997, just a few weeks before they both turned 27. Several months later, an older couple who had mentored them asked when they would have children. The Watterses cited finances and career goals as good reasons to wait.

WATTERS: She said, “How do you know you'll still be fertile when you decide you're ready to have babies?” And I didn't have an answer for her. Nobody in my whole life had ever posed that question to me. Nobody had ever talked to me about fertility and the idea that there was a window of opportunity to have babies, and it shook me to the core.

Steve and Candice now have four children. In 2008 they wrote Start Your Family: Inspiration for Having Babies. Today, they work to encourage young couples who may have had the same hesitations they did.

CANDICE: It's always a bad time to have children, if you take the world's advice. If you read the headlines, if you know any history, you know that it's always crisis time, there's always going to be a lot of reasons that it feels like a scary time to start a family or to have another baby.

But for Christians, those concerns shouldn’t have the last word.

STEVE: If you really do embrace an understanding of who God is, what His design is, who He is, and His ability to help, that if you don't trust Him, and you really are left with the kind of what you can do in your own strength and ability, I think it is easy for people's inertia to keep them moving in a childless direction.

Jason and Erin Davis got a new perspective on parenting after they welcomed a teenage foster son into their home. They now have four boys, ages 13 to 3.

DAVIS: The epiphany for me was that parenthood is ministry, that I didn't have to sacrifice one for the other, I didn't have to choose a life of service to Jesus or a family—that my family was an opportunity to serve Jesus, it was a mission field.

WAX: What I think churches can do and should do is, is everything possible to push back against the idea of freedom, that means freedom without constraints, but also to push back against the idea that is in our culture, that children are more a burden than a blessing. When it comes to fulfilling the, you know, the cultural mandate, we need to celebrate that when we see it.