NASA astronaut Shannon Walker is helped out of the SpaceX spacecraft off the coast of Panama City, Florida, Sunday, May 2, 2021. Bill Ingalls/NASA via Associated Press 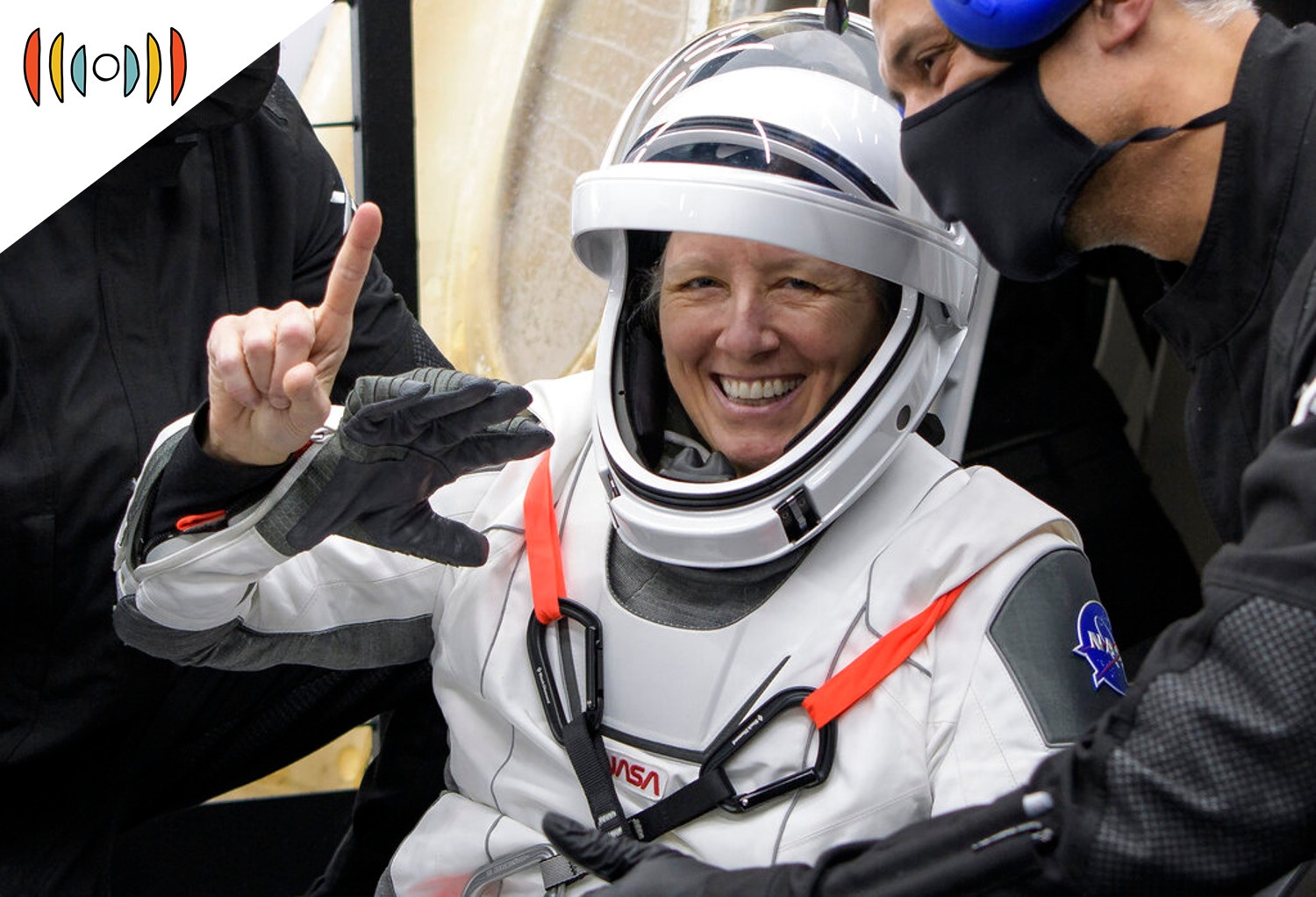 KLAIN: There is no agreement to release these Americans. We’re working very hard to get them released. We raised this with Iran all the time, but so far there’s no agreement to bring these four Americans home.

The Irianian television report stated that under a new agreement, Iran would release American and British prisoners. In exchange, it said, the United States would release four Iranian spies and Tehran would get $7 billion dollars.

A state-TV anchorwoman claimed the deal came under congressional pressure on President Biden and “his urgent need to show progress made in the Iran case.”

SULLIVAN: There is still a fair distance to travel to close the remaining gaps. And those gaps are over what sanctions the United States and other countries will roll back. They are over what nuclear restrictions Iran will accept on its program to ensure that they can never get a nuclear weapon.

Officials from China, Russia, and several European countries expressed cautious optimism over the weekend after the latest round of talks with Iranian officials in Vienna. Russia’s top representative in the talks said the two sides made “indisputable progress.” He said “the Joint Commission will reconvene at the end of [this] week.”

President Biden has proposed plans to spend another $4 trillion dollars on top the nearly $2 trillion Congress already approved. And some economists warn that runaway spending could trigger significant inflation reminiscent of the 1970s when rising costs battered the U.S. economy.

YELLEN: We will monitor that very carefully. We are proposing that the spending be paid for, and I don’t believe that inflation will be an issue, but if it becomes an issue, we have tools to address it.

She said the spending is necessary to stabilize the economy into the future. Republicans say it will have the opposite effect.

But if moderate Democrats in the Senate sign on to the president’s full spending proposals, Democrats could pass them without any Republican votes using budget reconciliation.

Overwhelmed hospitals in India are struggling to secure oxygen and other supplies.

The government has been using the railroad, the Air Force, and the navy to rush oxygen tankers to hardest-hit areas. But the New Delhi High Court says it’s too little, too late.

But other countries and companies are rushing supplies into India. Akbar Al Baker is CEO of Qatar Airways.

BAKER: We are sending three freighters: one to Delhi, one to Bangalore, and one to Mumbai with medical aid supplied by suppliers and donated by Qatar Airways.

Dr. Ashish Jha of Brown University said that surge is not currently a threat to the United States, but … it’s still in America’s best interest to help India.

JHA: The main variant we’re seeing spread in India, B1617 will not be evading our vaccines yet. They don’t evade our vaccines yet. But of course, when you have major outbreaks like this, there are opportunities for more variants.

On Friday, the U.S. military began delivering shipments of relief supplies to India, including oxygen equipment and rapid testing kits.

SOUND: SpaceX, this is Dragon. 4 Gs, 42 kilometers. SpaceX, we have you loud and clear. Expect automated chute deployment.

The Dragon capsule crew parachuted into the Gulf of Mexico off the coast of Panama City, Florida, just before 3 a.m. That made it the first U.S. crew to splashdown in darkness since the Apollo 8 moonshot.

SOUND: We have visual confirmation of the Crew-1 Resilience capsule

The astronauts, three American and one Japanese, flew back in the same capsule in which they launched from NASA’s Kennedy Space Center in November.

It was an express trip home, lasting just 6 1/2 hours.

The 167-day mission was the longest for a crew capsule launching from U.S. soil. The previous record of 84 days was set by NASA’s final Skylab station astronauts nearly a half-century earlier.