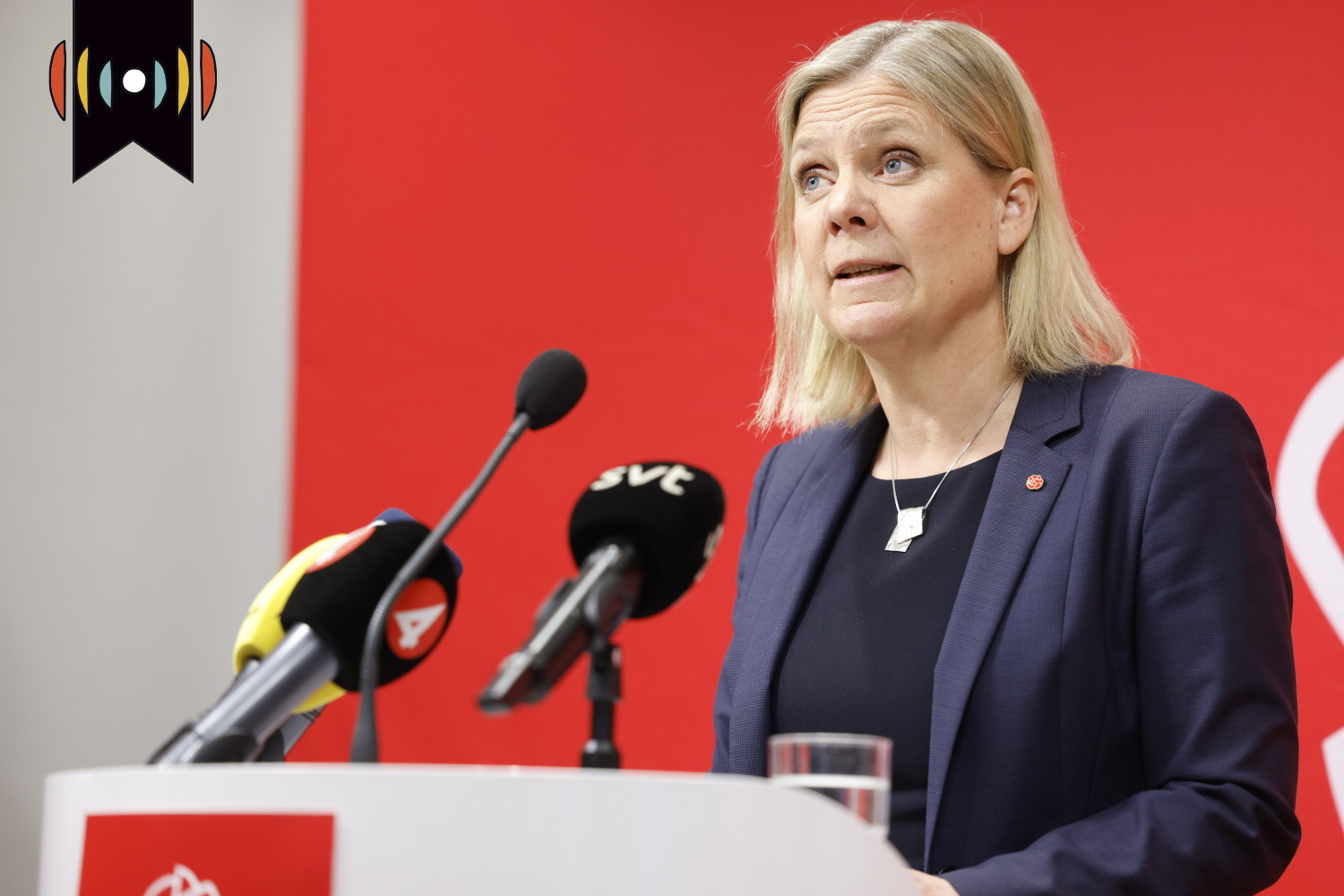 And just like officials from neighboring Finland, leaders in Sweden say Russia’s invasion of Ukraine changed their minds on joining NATO.

ANDERSSON: The Kremlin has shown that they are prepared to use violence to achieve their political objectives. They put forward the unacceptable demands for appeasement and submission of peaceful and democratic neighbors.

She said her county’s 200-year policy of military neutrality has served Sweden well. But Moscow’s actions forced the change.

Meantime, in Finland, Prime Minister Sanna Marin said her country is one step closer to joining the alliance.

MARIN: We have reached today an important decision in good cooperation between the government and the president of the republic. We hope that the Parliament will confirm the decision to apply for NATO membership in the coming days.

Popular support among the Finnish public on joining NATO has shifted radically since Russia’s invasion of Ukraine.

Members of the NATO alliance, including the United States, Canada, and much of Europe agree to defend one another against outside attacks.

NATO Secretary-General Jens Stoltenberg says the process for Finland and Sweden to join could be very quick.

Protesters listened to fiery speeches and then marched to the Supreme Court, which is now surrounded by security fencing.

That came three days after the Senate failed to muster enough votes to pass an abortion bill. That legislation that would have legalized abortion through nine months, all the way to the moment of birth.

All of this followed the leak of a Supreme Court draft ruling that would overturn the Roe v. Wade decision.

And Justice Clarence Thomas said the leak was an unthinkable breach of trust.

THOMAS: When you lose that trust, especially in the institution I’m in, it changes that institution fundamentally. You begin to look over your shoulder.

Speaking at a conference in Dallas, he said the leak was kind of like marital infidelity. You can explain it, but you can never undo it.

Deputies arrested one person and recovered a weapon following the shooting at Geneva Presbyterian Church in the city of Laguna Woods.

All the victims were adults.

Federal agents are investigating. No word yet on a motive.

Supermarket shooter sought Black neighborhood, official says » Meanwhile, in Buffalo, New York, investigators say they do have a motive for a Saturday shooting at a supermarket that killed 10 people. They say the young white shooter targeted most of his victims because they were black.

GRAMAGLIA: The evidence that we have uncovered so far makes no mistake that this is an absolute racist hate crime. It will be prosecuted as a hate crime. This is someone who has hate in the heart, soul, and mind.

Officials say the 18-year-old suspect researched the local demographics, looking for places with a high concentration of black residents.

The gunman shot, in total, 13 people Saturday in a rampage that he live streamed on the internet. Two of the victims were white.

GARCIA: He’s on suicide watch. He’s on direct observation from our deputies, video surveillance. And he is in a unit which is separate from all other incarcerated individuals.

Police say Gendron had previously threatened a shooting at his high school last June. Officials brought him in for a mental health evaluation at that time before releasing him.

The tracking firm Datasembly says 43 percent of formula products are out of stock nationwide.

PELOSI: The president is quite correct. We must do something as quickly as possible, but as safely as possible and use caution for these babies. But we have to move quickly to do that. And part of this is, again, the supply chain issue.

The White House is fending off growing criticism that the Biden administration didn’t move quickly enough to address the problem. Republicans have pounced on the issue. Tennessee Sen. Marsha Blackburn.

BLACKBURN: You know, this just shows you how broken this administration is with this baby formula crisis.

President Biden said the problem is an urgent priority to his administration. On Friday, he announced an online resource to help parents find formula. The web address is HHS.gov/formula.