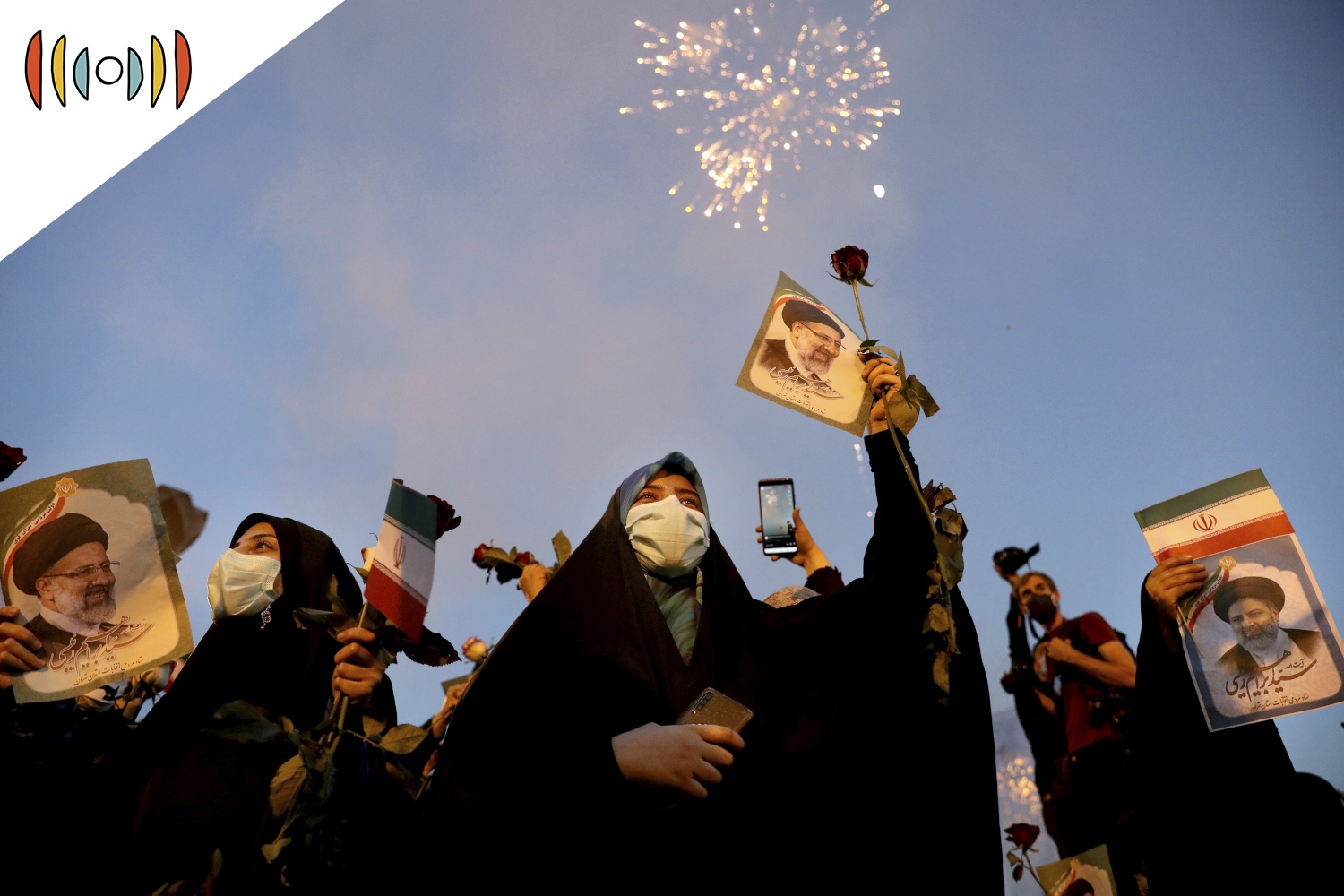 Judiciary chief Ebrahim Raisi won the presidential election in a landslide amid the lowest voter turnout in the nation’s history.

But U.S. national security adviser Jake Sullivan says when it comes to nuclear talks with the West, it hardly matters who Iran’s president is.

SULLIVAN: The person who will call the shots on Iran’s nuclear program is not Raisi. It’s the Supreme Leader Ayatollah Khamenei.

Raisi is the supreme leader's protege.

The United States has sanctioned him in the past for human rights violations stemming from his involvement in the mass execution of political prisoners.

Saturday’s election became more of a coronation after his strongest competitors found themselves disqualified from running. That sparked calls for a boycott and many, it seems, did stay home. Out of more than 59 million eligible voters, only about 29 million voted.

On Sunday, top diplomats in Vienna said they’ve made more progress toward restoring the 2015 nuclear deal with Iran.

The Biden administration hopes to rejoin the pact after President Trump pulled the plug on it in 2018. But many Republicans, like Sen. Lindsey Graham, continue to warn against it.

GRAHAM: The ayatollah is a religious nazi. He controls the place. Religious zealots run the place. Why in the world do you want to give massive enrichment capability to the largest state sponsor of terrorism in the world? I don’t know.

Israel's new Prime Minister Naftali Bennett is also warning against it. In his first Cabinet meeting on Sunday, he slammed Iran's newly elected president and called on world powers to “wake up” to the perils of returning to the nuclear deal.

Veterans Affairs Secretary Denis McDonough announced the plans at an LGBT pride event over the weekend.

It could take years for the government to install the new regulations and rules that will govern the use of VA benefits for such surgeries.

McDonough said his agency will spend the next few years building the—quote—“capacity to meet the surgical needs.”

HOLMES: We had two reports; one was over 7 inches. And we also had another report that was closer to 9 inches.

Ten people, including nine children, were killed Saturday in a 15-vehicle crash south of Montgomery on Interstate 65. A van belonging to a youth ranch was involved in the accident on the rain-soaked highway.

The storm pushed into Georgia and South Carolina on Sunday. And Eric Blake with the National Hurricane Center says it continues to trek toward the Atlantic where the storm’s expected to strengthen.

Flash flood watches were posted Sunday for parts of Alabama, Georgia, Florida, and the Carolinas.

High temperature marks didn’t fall over the weekend as feared. But Phoenix did set a record for consecutive 115-degree days. Saturday marked the fifth day in a row that the city hit 115.

And meteorologist Lara Pagano says Tuscon, Ariz. has been well over a hundred degrees for more than a week.

The extreme heat is fueling a wildfire in Arizona that started late Wednesday and grew by Saturday to nearly 27 square miles between Phoenix and Flagstaff.

Officials ordered evacuations over the weekend while aircraft and about 100 firefighters battled the blaze.