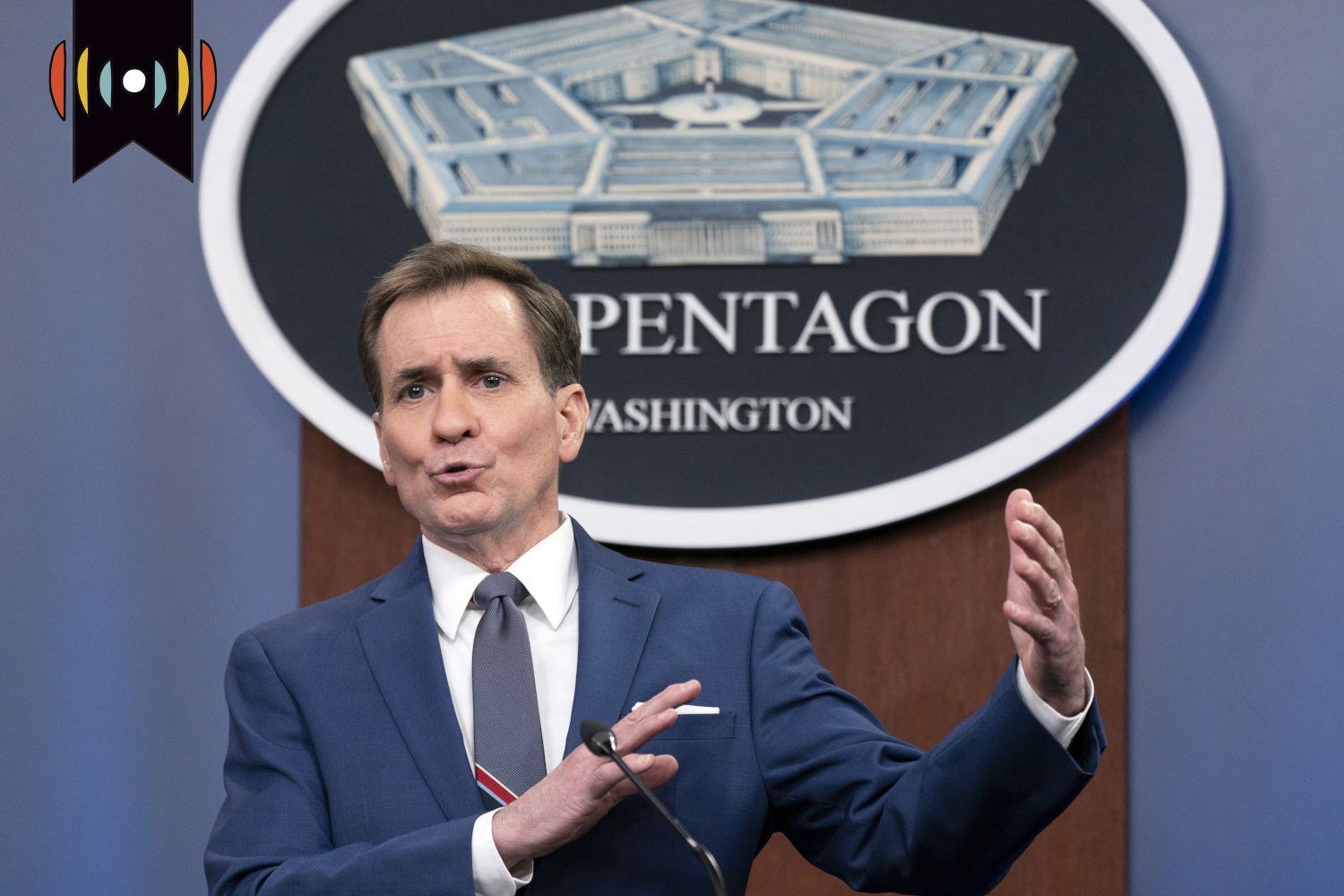 TRUSS: The number one priority is deterring Vladimir Putin from taking that action. That’s why we are offering to deploy extra troops into Estonia.

She said the U.K. is also “providing more air support across the Black Sea” and “supplying defensive weapons to Ukraine.”

In Washington, Defense Secretary Lloyd Austin and Joint Chiefs of Staff Chairman Mark Milley are warning that Moscow has amassed enough firepower along Ukraine’s border to invade its largest cities.

Ukraine’s ambassador to the United States, Oksana Markarova, warned that Russian President Vladimir Putin is bent on waging an “attack on democracy,” and that no one is safe.

MARKAROVA: And if Ukraine will be further attacked by Russia, of course they will not stop after Ukraine.

And U.S. officials plan to put Moscow on the defensive at a meeting of the UN Security Council today. They say they’ll press the Kremlin to explain itself.

But there’s zero chance of any formal action by the Security Council, given Russia's veto power.

Trump suggests pardons for Capitol rioters if he returns to White House » Former President Donald Trump has not yet said whether he will seek a rematch against President Biden, who has said he plans to run for reelection.

But at a weekend rally in Texas, Trump suggested that if he does run again and wins, he may pardon some of the people convicted of crimes connected to last year’s Capitol riot.

TRUMP: We will treat them fairly. And if it requires pardons, we will give them pardons, because they are being treated so unfairly.

Authorities arrested more than 700 people in what is the largest investigation in the Justice Department’s history.

GRAHAM: I want to deter people who did what they [did] on January the 6th, and those who did it, I hope they go to jail and have the book thrown at them because they deserve it.

And Maine Sen. Susan Collins said “We should let the judicial process proceed.”

Democrats in the House are pushing to compel former Trump officials to testify in an ongoing probe of the Capitol riot. The former president has dismissed the investigation as a witch hunt.

The Japanese and South Korean militaries said the missile launched on a high trajectory, apparently to avoid the territorial spaces of neighbors.

Sunday's test was the North’s seventh this month. The country is once again ramping up its missile testing more than two years after walking away from nuclear talks with the United States.

But U.S. Ambassador to the UN, Linda Thomas-Greenfield, said the diplomatic door remains open to Pyongyang.

GREENFIELD: We are absolutely open to a diplomatic engagement without preconditions. Our goal is to end the threatening actions that the DPRK is taking against their neighbors.

But many analysts say this is straight out of the North’s old playbook of ramping up threatening behavior in an effort to extract concessions from its neighbors and Washington.

Pyongyang wants relief from crippling U.S.-led sanctions in exchange for returning to the bargaining table.

East Coast digs out after blizzard » Millions of people in the Northeastern United States are still shoveling their way out of driveways. That after a vicious nor’easter battered the region with powerful winds and buried many areas from Virginia to Maine in inches or feet of snow.

The storm packed wind gusts of more than 80 miles per hour and knocked out power to more than 100,000 customers.

Massachusetts Lt. Gov. Karyn Polito on Sunday told residents that snow plows are hard at work, but if you don’t have to drive, stay home.

POLITO: In some places, you’re seeing asphalt roads, which is great, but still more work to do, especially in the eastern part of the state.

Boston tied its record for the biggest single-day of snowfall on Saturday, with almost 24 inches.

In and around New York City, snow totals ranged from a few inches in some areas north and west of the city to more than 2 feet on Long Island.

The sun was out on Sunday in the Northeast, but temperatures remained well below freezing.