Russia denies claims of coup attempt in Ukraine, an anti-vaccine rally in Washington, talks with the Taliban, and a deadly nightclub fire in Cameroon

Protesters gather for a rally against COVID-19 vaccine mandates in front of the Lincoln Memorial in Washington, Sunday, Jan. 23, 2022. Patrick Semansky/Associated Press Photo 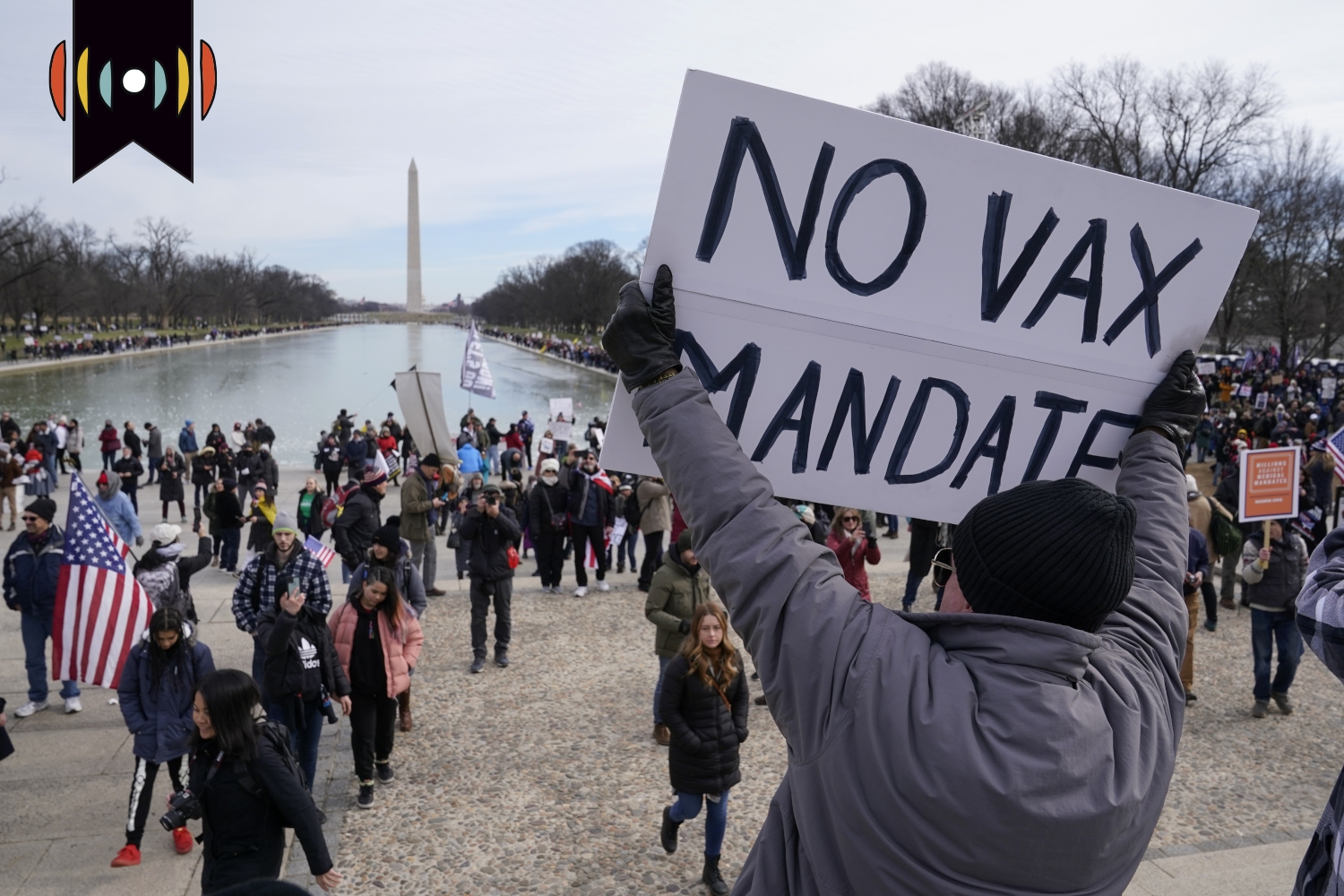 UK accuses Russia of trying to replace Ukraine government » While Russia’s military has not yet further invaded Ukraine, Western leaders say Moscow is already attacking the former Soviet nation in other ways.

The British government over the weekend said the Kremlin is trying to replace Ukraine’s government with a pro-Moscow administration.

U.S. Secretary of State Tony Blinken on Sunday said that should surprise no one.

BLINKEN: We’ve been concerned and have been warning about exactly these kinds of tactics for several weeks. And we talked about that publicly, that Russia would try to in some way topple or replace the government. Just a few days ago, we sanctioned four Russian agents in Ukraine who were engaged in destabilizing activities.

Britain’s Foreign Office also named several other Ukrainian politicians it said—quote—“have contact with Russian intelligence officers currently involved in the planning for an attack on Ukraine.”

The British government made the claim based on an intelligence assessment, without making its evidence public.

MURAYEV: It’s absurd because I’m under sanctions of the Russian Federation since Nov. 1st 2018. I have been denied entry to Russia. I represent a threat to Russian security.

Britain has sent anti-tank weapons to Ukraine as part of efforts to bolster the country's defenses.

Thousands rally against COVID-19 restrictions, mandates » Thousands gathered in Washington on Sunday for what organizers dubbed the “Defeat the Mandates” March.

Washington D.C. last week imposed a vaccine mandate for anyone over the age of 11 to enter any indoor facility.

Meantime, across the Atlantic, police in Brussels fired water cannons and tear gas Sunday to disperse protesters there.

Demonstrators called for an end to COVID-19 restrictions. Some set fire to large piles of masks and a small number of protesters shattered windows and vandalized buildings.

Demonstrations in the Belgian capital drew an estimated 50,000 people with some traveling from France, Germany, and other countries to take part.

Talks with Taliban underway in Norway » Taliban officials are gathered at a hotel in the snow-capped mountains above Norway's capital city for three days of talks. They’re meeting with Western leaders and representatives from citizen-led groups as a humanitarian crisis in Afghanistan continues to worsen. WORLD’s Josh Schumacher has more.

JOSH SCHUMACHER, REPORTER: Conditions in Afghanistan have deteriorated since the U.S. pullout and the Taliban takeover.

In addition to human rights abuses, poverty is spreading. The United Nations warns that as many as 1 million Afghan children are in danger of starving.

On day one of the talks on Sunday, Taliban representatives met with women's rights activists and human rights defenders from Afghanistan.

And the State Department said a U.S. delegation planned to focus on “the formation of a representative political system,” the country’s humanitarian crisis, “security and counterterrorism concerns … and human rights, especially education for girls and women.”

The Taliban, for its part, is demanding access to currently frozen cash.

Authorities: 17 dead in nightclub fire in Cameroon's capital » A fire erupted at a nightclub in Cameroon over the weekend, setting off explosions that killed at least 17 people and wounded seven others.

Workers there initially said a short circuit sparked the fire. But a government spokesman later explained—quote—“The tragedy, which was caused by the explosions from fireworks regularly used in these places, first consumed the ceiling of the building and then caused two strong explosions.”

The tragedy comes as the country hosts thousands of soccer fans from across the continent for the African Cup of Nations tournament.

Authorities said they were still trying to determine the names and nationalities of the dead and wounded.