Some Democrats are criticizing President Biden after the FBI found even more classified documents at his house, the border crisis continues to grow, the driver of a van tied to a mass shooting in the LA area is reportedly dead, Germany’s foreign minister says the government “would not stand in the way” if Poland chooses to send German-made tanks to Ukraine, masked protesters threw rocks and firecrackers at the building that houses the Atlanta Police Foundation, lawmakers continue to debate overspending in Washington

President Joe Biden responds to questions from reporters after speaking about the economy in the South Court Auditorium in the Eisenhower Executive Office Building on the White House Campus, Thursday, Jan. 12, 2023, in Washington Associated Press Photo/Andrew Harnik 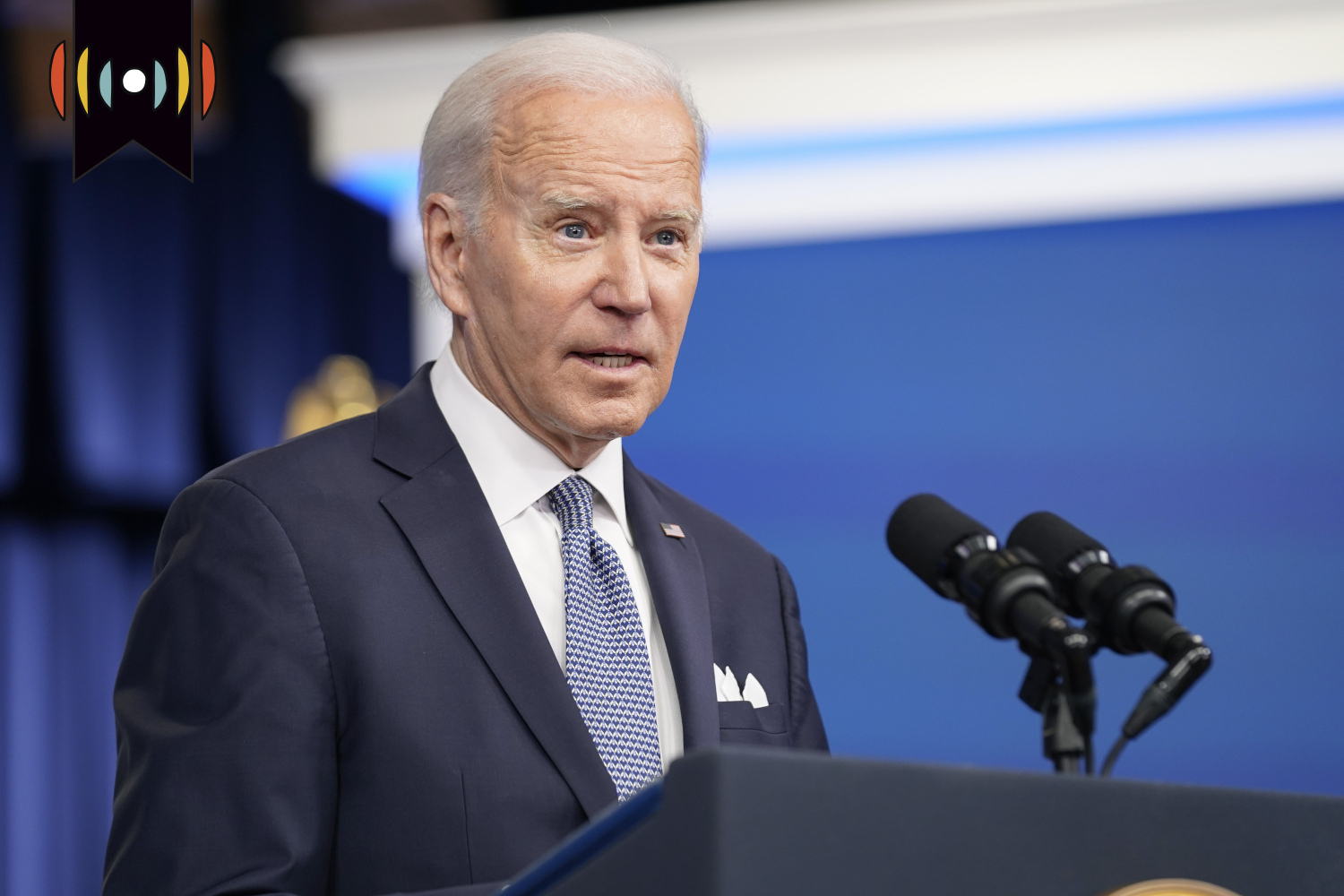 MANCHIN: He sure didn’t intend for it to fall into the wrong hands and use it against our country. I know he didn’t intend that to happen. Could it have happened? I don’t know. And yeah, you just might as well say, listen, it’s irresponsible.

Still, many Democrats have come to Biden’s defense. Senator Chris Coons said the difference, in his view, is that Biden has cooperated fully.

COONS: The Department of Justice was invited to come to his home and to search any nook and cranny, top to bottom, to find anything they possibly could.

Border numbers » The border crisis continues to grow. Authorities over the weekend reported more than a quarter of a million migrant encounters at the southern border in December alone.

That number does not include people who evaded border agents, meaning that the actual number of people crossing the border is significantly higher.

Of those detained last month, 17 people were on the terrorist watch list. Judd said in any typical year that number is usually less than six—for the entire year.

CA shooting aftermath » The driver of a white van tied to a mass shooting in the Los Angeles area is reportedly dead.

The LA Times reported last night that the driver fatally shot himself as police closed in.

Families are mourning the deaths of ten people in the Los Angeles area today, after a gunman opened fire at a Lunar New Year festival. Ten others were wounded.

LUNA: We don't know if this is specifically a hate crime defined by law, but who walks into a dance hall and guns down 20 people? The description we have now is of a male Asian. Does that matter? I don't know. I can tell you that everything's on the table. Our detectives are looking at every possibility with our partners.

10 more people were wounded in the shooting at a dance hall in Monterey Park.

Authorities say they are also investigating what could be a similar incident that took place only 20 to 30 minutes later when a man with a gun entered another dance hall in the nearby city of Alhambra.

LUNA: We are working diligently with the Alhambra Police Department. We believe that there is an incident that may be related. We're not quite there yet, but it's it's definitely on our radar screen where a male Asian suspect walked into a dance hall, and he walked in there with a firearm and some individuals wrestled the firearm away from him. And that individual took off.

On Sunday, police surrounded a van believed to be involved in the shooting and found the driver dead inside.

Ukraine tanks » Germany’s foreign minister says her government “would not stand in the way” if Poland chooses to send German-made tanks to Ukraine.

Up till now, Berlin has signaled that it won’t send its Leopard 2 tanks—or allow other countries to send them until Washington hands over some of its own M-1 Abrams tanks.

Still no indication that Germany plans to send tanks directly without Washington leading the way.

McCAUL: If we announce we were gonna send Abrams tanks—just one—that would unleash, that would give Germany the—what I hear is that Germany is waiting for us to take the lead. Then they would put the Leopard tanks in.

The White House has been hesitant to do that. The Pentagon has cited high maintenance costs.

In downtown Atlanta the weekend, masked protesters threw rocks and firecrackers at the building that houses the Atlanta Police Foundation.

The crowd gathered to decry the death of a 26-year-old activist who allegedly shot a state trooper earlier in the week. That incident happened as police were clearing protesters from a planned law enforcement training center. Police said they returned fire and killed the protester who shot and wounded the trooper.

The Georgia Bureau of Investigation says that the killing of the protester was justified. The incident was not recorded on body cameras.

Debt ceiling » On Capitol Hill, lawmakers continue to debate overspending in Washington and whether to raise the debt limit.

Democrats says the GOP is threatening the full faith and credit of the United States. Democratic Senator Tim Kaine:

KAINE: This is about whether the US pays her credit card or not. And I don’t think anyone should flirt with not paying US’ credit card.

Many Republicans are pressing for that combination of the two.

President Biden has promised to meet with House Speaker Kevin McCarthy to discuss the debt limit, but says he will not make concessions on spending.

TRAILER: Dad, I know you think I’m crazy, but I feel her. So what does her heartbeat sound like? Mighty.

The Avatar sequel finished in the top spot over the weekend with another $20 million domestically. But globally, it just crossed the $2 billion mark, becoming only the sixth movie ever to do so.

The animated feature Puss In Boots: The Last Wish finished second with another $12 million.