Democrats pushed their election-year spending package through the Senate on Sunday, Senate Democrats vote against defining pregnancy as unique to biological females, New York City deals with an influx of migrants from US-Mexico border, cease-fire between Palestinians and Israel officially takes effect in Gaza, China and Taiwan war drills, and continued flooding in Kentucky 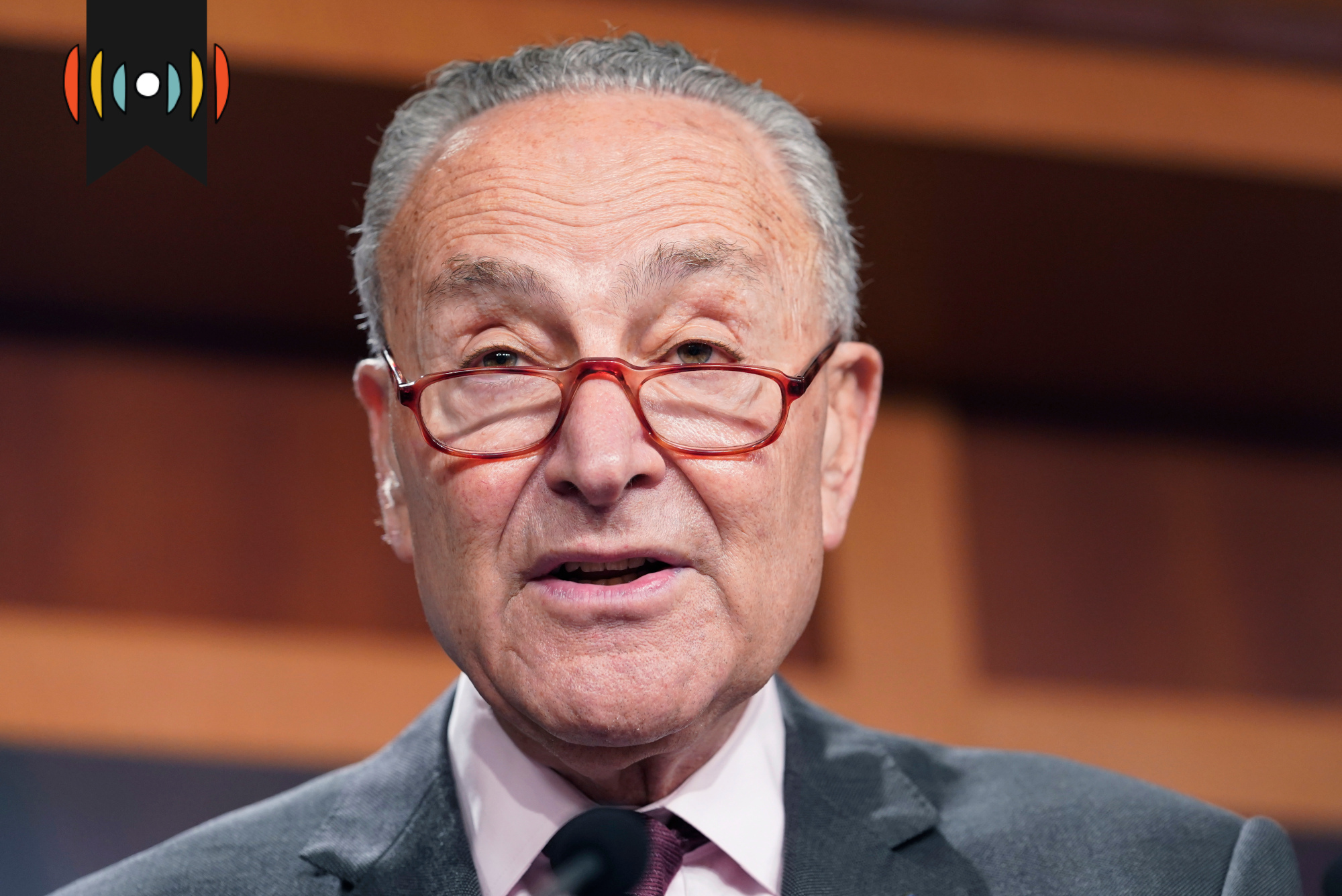 AUDIO: On this vote, the yeas are 50, the nays are 50. The Senate being equally divided, the vice president votes in the affirmative, and the bill as amended is passed.

Those cheers, of course, came only from one side of the aisle after the straight party-line vote.

Democrats passed it using the budget reconciliation process to avoid a GOP filibuster.

The $740 billion dollar package will cap out-of-pocket drug costs for seniors on Medicare to $2,000 a year and extend expiring health insurance subsidies. It also allows the government to negotiate drug prices for Medicare.

But the majority of the bill, $400 billion dollars worth, will go to measures designed to fight climate change. Majority Leader Chuck Schumer.

SCHUMER: The legislation marks a turning point in the nation's commitment to protect our planet.

Republicans say it’s anything but. They say to counter inflation, now is the time to produce more oil domestically, not less. And Sen. Mike Rounds notes that the bill will raise corporate taxes. He says that cost will be passed on to consumers, further fueling inflation.

ROUNDS: Corporations raise prices. They do pass it all down. We will see those tax increases coming down the line, and Americans are going to feel it.

The bill next heads to the House where it’s expected to pass.

MURRAY: It is outrageous that Republicans are trying to define pregnancy of all things on this floor, on this day, after hours of amendments.

But Rubio told Senate colleagues that he wants to ensure …

RUBIO: Since every pregnancy that’s ever existed has been in a biological female that our federal laws reflect that and our pregnancy programs are available to the only people capable of getting pregnant, biological females. Very simple. I would accept unanimous consent if they want to offer it and we can move on and not waste any time.

The vote split 50/50, straight down party lines, with all Democrats opposed and the vice president breaking the tie.

Border traffic and buses » New York City Mayor Eric Adams is renewing his call for the federal government to step in and help his city deal with an influx of migrants from the US-Mexico border.

ADAMS: We will be on the phone with the White House. They are willing to speak with us and communicate so that we can resolve this real humanitarian issue.

Adams said homeless shelters in the city are overrun.

He also blasted the state of Texas for recently busing dozens of migrants to his city.

But Texas Attorney General Ken Paxton said he’s hopeful that busing migrants to blue cities will get the Biden administration to pay attention to the border crisis.

PAXTON: It’s kind of a statement of personal fairness and, hey, why don’t you pay attention to our real problem. You’re experiencing just a small part of it.

The Border Patrol reported more than 200,000 migrant encounters in the month of June.

LAPID: Israel carried out the precise counterterror operation against an immediate threat. Our fight is not with the people of Gaza.

The flare-up in violence marks the worst fighting between Israel and Gaza militant groups since Israel and Hamas fought an 11-day war last year.

A rocket heard there from China’s live-fire military drills over the Taiwan Strait.

The Chinese military conducted a fourth straight day of drills on Sunday. Taiwan said that more than a dozen warships and 20 planes carried out what appeared to be a dress rehearsal for an invasion of the island.

Beijing says it's a response to House Speaker Nancy Pelosi’s visit to Taiwan. But both the White House and Taiwanese leaders say they believe China’s simply using that as an excuse.

BLINKEN: We’ll keep our channels of communication with China open with the intent of avoiding escalation due to misunderstanding or miscommunication.

Taiwan will reportedly conduct its own military drills this week to test its military readiness.

Kentucky weather » More rain in the forecast for parts of Kentucky still reeling from catastrophic flooding. Geertson Philomon with the National Weather Service said he does not expect the same level of torrential rain that triggered the flash floods more than a week ago…

PHILOMON: But it is a wet pattern that could cause at least some more isolated to scattered instances of flash flooding and further complicate the recovery effort.

Forecasts show a “persistent threat of thunderstorms” through Thursday.

President Joe Biden is scheduled to join Kentucky Gov. Andy Beshear at a FEMA disaster recovery center in eastern Kentucky today. They plan to survey the damage and meet with those affected.