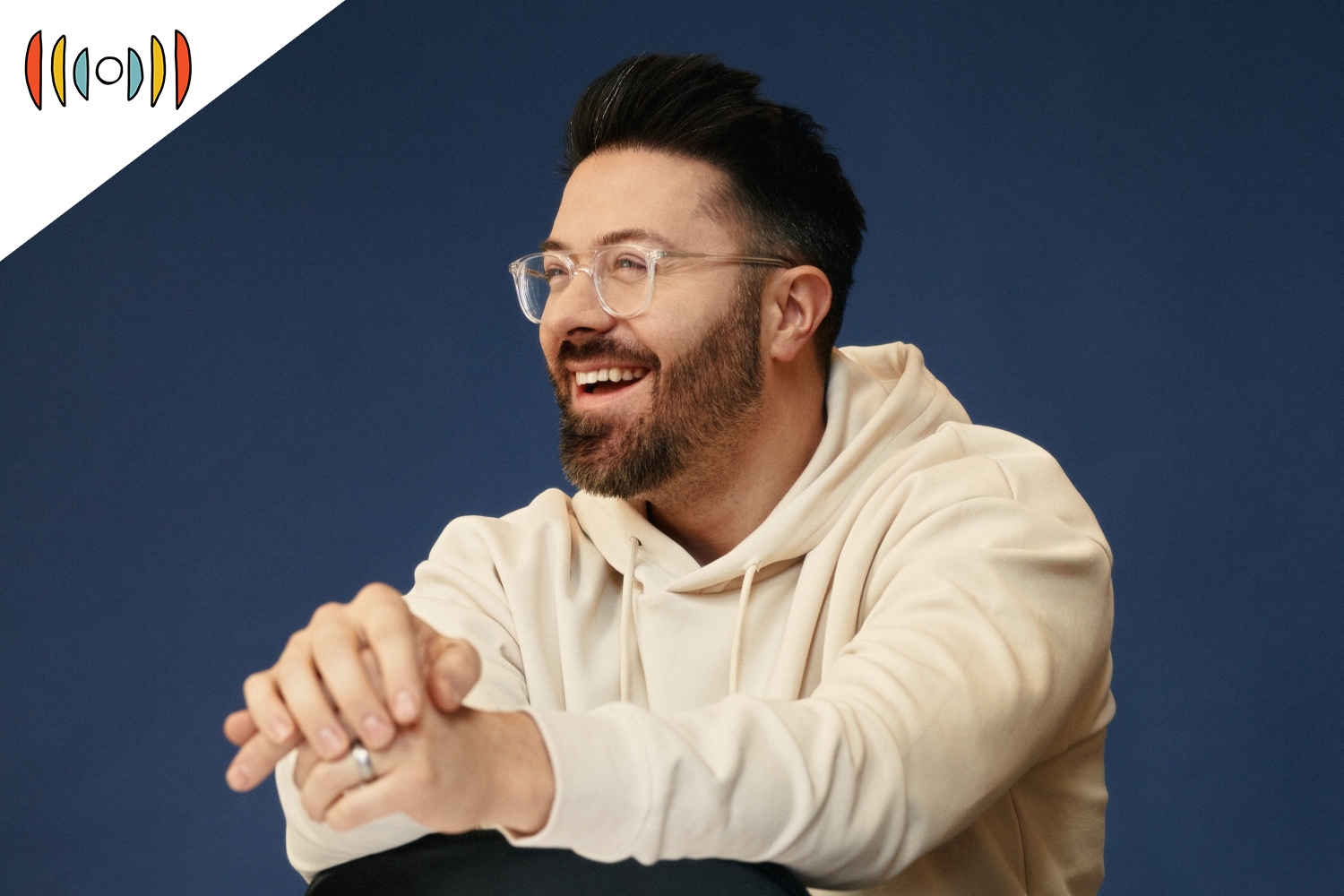 MYRNA BROWN, REPORTER: When your last name is Gokey, some things are just inevitable.

DANNY GOKEY: Yep, I get a lot of that…. Okey Dokey Mister Gokey. I got that a lot, especially when I was younger.

But in 2009, 28-year-old Danny Gokey became a season-eight contestant on American Idol. Millions cheered when they heard his name and his voice.

GOKEY SINGING AT AMERICAN IDOL AUDITION: It took me by surprise when I say, how I found out yesterday...I heard it through the grapevine….

Kicking off his 12-song album, the feel-good song, Make a Difference. Gokey seems to have a knack for creating catchy tunes. This one is the kind of finger-snapping, toe- tapping melody you might blare on a church bus, filled with volunteers, headed to serve. While the celebratory anthem is a battle cry for Christians to join hands in unity and change the world for the better, the song isn’t explicitly Christian. There are no references for instance to God or Jesus in the lyrics and even the “L” in the word light is written in lowercase. The song’s bridge is also worth noting.

A changed heart might be accep table to man, but God’s standards are higher. It’s a NEW heart He’s after and that can only come from the Father.

If Gokey’s Make A Difference is ambiguous, his ballad, All Are Welcome is just the opposite, an indisputable invitation to follow Jesus.

MUSIC/ALL ARE WELCOME: Come, Come the Spirit and bride say come. He’s calling his daughters. He’s calling his sons to return to the Father’s great love. So come, yes come, there’s room at the table for everyone. And all are welcome.

DANNY GOKEY: This is the basis for our being welcome is that He paid a price. That He paid a price that we couldn't pay. And because it’s already paid for, it’s like, hey come on in. But it’s based on the finished work of Jesus Christ.

In music circles, Gokey is known as the blue-eyed soul singer. The Milwaukee, Wisconsin native is not afraid to experiment with different styles and beats. Songs like Peace, with it’s thumping bass, driving keys and gospel-infused choir, along with the syncopated Do For Love, make it easy to understand why. Gokey’s eclectic musical roots run as deep as his love for different cultures.

DANNY GOKEY: It’s just, that’s how I grew up. My parents raised me right. They raised me in culture. I’m married to a Latina. I’m a white boy who speaks Spanish.

In the song Agradecido, awh - graw-di-cee-do which means grateful in Spanish, Gokey masterfully shows off his bilingual chops. He does it again on the album’s last track, Cristo Es Necesaio, (Creesto- Es Nay say sio) or in English, We All Need Jesus.

With his trademark tenor voice, Gokey hits all the right notes in the powerful ballad, He Believes In You. But what does that mean exactly? The Holy Spirit fills us and God’s fruit grows in us. So, instead of He believes in you, how about he’s at work in you? Now that’s a worthy thing to say!

MUSIC: HE BELIEVES IN YOU: When the waves and the wind push harder, when you feel like you can’t get through. He is there with you in the water. And He believes in you.

Also worth noting, Gokey pushes the analogy button a little too hard in this song, a common occurrence I find in Contemporary Christian Music: Too many references to the big three...waves, wind, and water.

Jesus People, Gokey’s sixth album, brings a nice balance between upbeat and toned-down tracks, so you’ll feel at home, no matter which beat you prefer to clap on. And if you’re a lover of hymns like me, pay close attention to the chorus of the album’s title track. The lyrics just might remind you of an old classic with a timeless message.