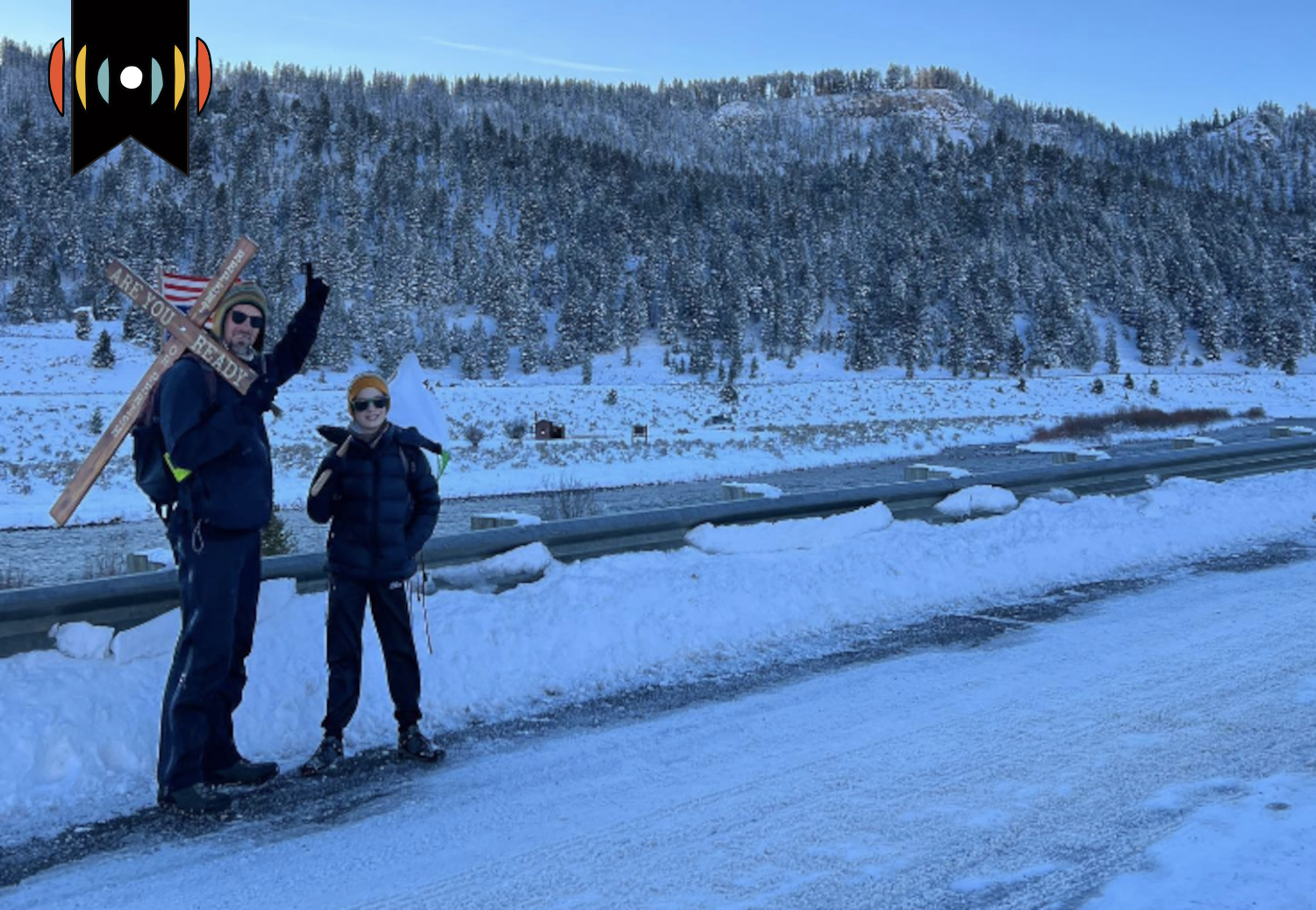 This is The World and Everything in It and we’re glad you’ve joined us today! Good morning, I’m Mary Reichard.

WORLD Digital reported this story first based on a tip from a reader.

Earlier this month, five missionaries with Full Proof Gospel ministries were taken into custody in Montana. They faced felony charges of assault after a fight with a local business owner.

REICHARD: In a few minutes, we’ll talk with one of the missionaries about his experience. But here now with more on the case is WORLD’s Gary Perilloux. Gary, welcome.

GARY PERILLOUX, REPORTER: Hi Mary, good to be with you.

REICHARD: Gary, what can you tell us about Full Proof Gospel Ministries and the missionaries it sent to Montana?

PERILLOUX: They're an 18 year old ministry from western North Carolina. They've preached and witnessed around the world—including Bolivia, Bangladesh, Nepal, many places around the world. During the pandemic, they felt led by God to do a walk across America. Their leader is 46 year old Jesse Boyd. With him were his daughter Bethany Grace 18, Josiah 12. Those two children are named for the late two children of the late Christian musician Keith Green, who died with him in a plane crash 40 years ago. Also with them are Eric Trent, 27, and Carter Phillips, 20, all of them representing Full Proof Gospel Ministries.

REICHARD: You reported that the team reached Madison County, Montana, on November 12th. What happened that day?

PERILLOUX: They were wrapping up a day of walking in the snow. It was below freezing, snow banks on both sides of the road. His daughter Bethany had parked their support vehicle ahead. Jesse and his son Josiah and Eric Trent was with them toward the last leg of the walk. They arrived and were packing up when a truck came from the north, pulled over and a man they say began angrily shouting through his passenger window that “We don't need your kind in Montana.” From there, the argument escalated. Jesse Boyd, the leader of the group, said the man used foul language and he said, “You should wash your mouth out with soap.” The man came around the truck after him. At that point Jesse pulled his firearm, which was a small double-barreled Derringer type gun that's used by outdoors people for protection, nothing you would use for any other purpose. He didn't fire. He just stopped the man. And when things appeared to de-escalate, gave the gun to Eric Trent who put it into their Subaru in the console, put it away. They thought it was over. Then the man came after Jesse, pinned him against the car and screamed and yelled at him for several minutes, wrestled him to the ground and the others jumped in to try to free Jesse Boyd.

REICHARD: Sounds like a scary situation to be in. Did they have any explanation for what was going on?

PERILLOUX: They're not sure what ignited this. The man did claim that perhaps they were on or near his property. They were not. They were on an apron from U.S. 287, the Montana highway there and a connecting road. The man's business was nearby but they claimed they were nowhere near his property and we're not blocking access. They were marching with a cross that says, “Are you ready?” and “Repent or perish,” and they had an American flag. And they're not sure if some of those elements of their walk incensed him for whatever reason. He became angry with them and things just deteriorated from there. Ultimately, they moved down the road a little way after getting free from the man. Both sides called 9-1-1. And the man was not charged, but the four adult missionaries were charged with aggravated assault, while the 12 year old son was placed in Child Protective Services and taken away from them separately.

REICHARD: You’ve talked with the missionaries, but theirs is only one side of the story here. What about the man who confronted them? What does he have to say?

PERILLOUX: We eventually identified him as 56-year-old Bradley Dean Terrell, a transplant from Colorado, who opened a business, a fly fishing business, convenience store, and an eight room motel in the past three years near the scene of this incident. We were not able to find out any information about him, any narrative from the sheriff's office or the county attorney. They would not release anything but we did find his name from a court protective order that prevented the missionaries from going near him. They say they have no interest in going near him. Nevertheless, they've been outfitted with ankle monitors to track their movements. Well, I did find and call Mr. Terrell and asked him about it. He said attorneys advised him not to say too much. I said, “Well what initiated all this, what caused it?” And he said, “Well, the four of them landed in jail and I didn't. How's that?” And so that's as much as I got on his side. But the investigation was a bit strange in that we have no public record or accessibility public records that show what statements were taking what detail of events occurred at the actual scene from the sheriff's office

REICHARD: Where are the missionaries now, and what happens to them next?

PERILLOUX: They have made it back home, just made it home Tuesday after spending Thanksgiving in Montana. Jesse's wife Jamie was able to fly out there and the whole family was there—there's a third child as well. And they spent the time there with a Christian family in Bozeman, Montana, and then spent several days. Just got back to North Carolina. When I talked to Jesse, he said they're planning to go back. They'll need to make another court appearance, a preliminary hearing at Madison County District Court 12 days before Christmas on December 13th. And so that's when we'll learn what the next step will be.

PERILLOUX: Thanks, Mary. Appreciate it.

REICHARD: Gary Perilloux covers religious liberty for WORLD. Gary, thank you. Coming up next, a first-hand account of the ordeal from missionary Jesse Boyd.