Ministering to the House of Mouse

WORLD Radio - Ministering to the House of Mouse 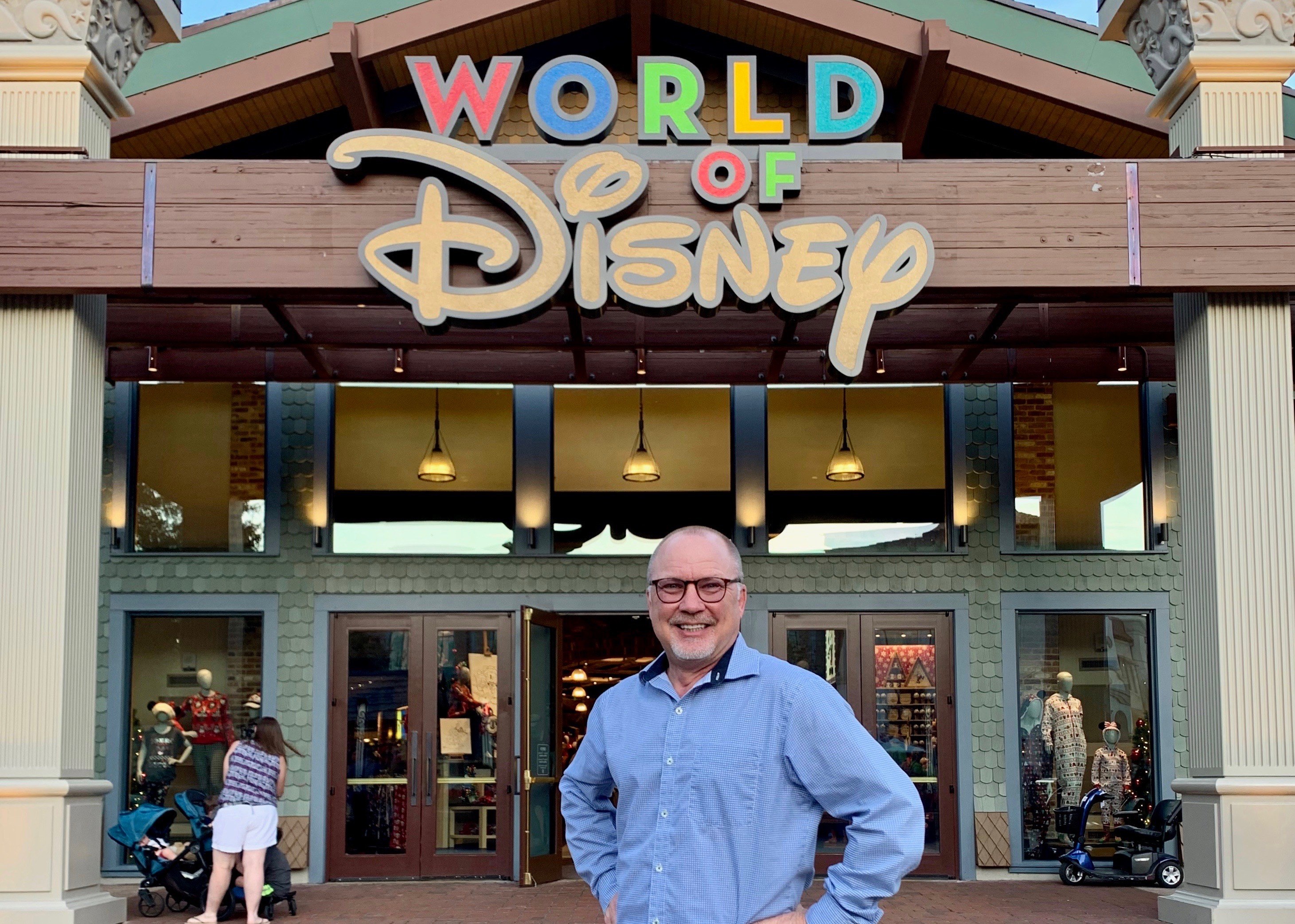 MEGAN BASHAM, HOST: And I’m Megan Basham. Coming next on The World and Everything in It: the power of a conversation.

So you can imagine that to operate a park that big takes an army of employees—75,000 of them. My husband, Brian, was once one of them!

EICHER: Big Bash was a Mouseketeer?

And like him, most of them stick around only a year or so before moving on, but before they do, one man wants them to encounter real purpose. WORLD Radio’s Sarah Schweinsberg has his story.

SARAH SCHWEINSBERG, REPORTER: Disney World employees are all known as cast members and that doesn’t just include Cinderella and Mickey Mouse.

Steven Barr is out to make friends with cast members. He walks the main promenade through Disney Springs—an outdoor shopping and dining area.

This is where cast members come to rest when their shifts end.

BARR: A lot of cast members don’t have cars. So this is one of the places they can come and hang out.

Barr has a gray go-tee and brown-rimmed glasses and he points at everything with two fingers.

BARR: It’s always going to be with two fingers because that’s the Disney way.

Barr knows the Disney way well. Thirty years ago, he played the keyboard in a Disney band.

BARR: When you work for the mouse, you get what we call mouse blood.

Barr left and served as a worship pastor for the next 20 years. But then a few years ago, he felt God calling him back to his Disney roots.

BARR: I was going to plant a church in San Antonio, Texas. And I had, uh, a friend of mine…  look at me and say, why aren’t you doing this at Disney? Because everything you talk about, you have the Disney language, you’re always using Disney principles and all that.

Barr agreed. He moved his family to Orlando and tried setting up a church. He thought in order to get Disney folks interested, he’d have to create a pretty entertaining place.

To do that, Barr and his wife began planting themselves in Disney. His wife got a job in Epcot. Then his daughter.

Cast members live in dorm-style housing, so the Barrs opened their home for meals and laundry.

BARR: They’re able to kick their shoes off, sit on the couch, curl up and they feel at home.

Steven Barr began spending his days walking the parks looking for opportunities to strike up conversations.

BARR: I discovered three questions that I could talk to cast members about… Hey, tell me what brought you here to Disney. Then I would ask them: What’s your favorite thing about your role here at Disney? Or I would ask them, so what do you plan on doing with what you’ve learned? The beautiful thing about those three questions is they’re telling me a little bit about their past, their present, and their future hopes.

In conversation, Barr has to be careful to respect Disney World’s no proselytizing rules. He waits for cast members to initiate spiritual conversations.

BARR: I don’t go up to them and say, Hey, can I pray for you? That would be the last time we’d be allowed in the park to do that.

Because Saturdays and Sundays are the busiest time of the week at Disney, the Cast Member Church meets twice at a Starbucks during the week. That’s also where Barr and his team hold numerous coffee meetings with cast members.

BARR: He says, Oh, there’s a church for Disney? I said, well, we’re not a part of Disney, but we’re, yeah, we focus on cast members.

During shift changes, there are more opportunities to talk to employees.

Barr turns into the Disney Store where everything either is or has a Disney character on it. Cast members wear blue checkered shirts with Mickey Mouse logos. Barr notices an older woman yawn.

BARR: So I thought she was tired. So I said, you know, your shifts coming to an end, right? She goes, no, I just got started… I saw she was from El Salvador. And so we talked about that a little bit I just said, well, I hope your shift goes quickly and uh, and that was it.

He says hi to a young man in passing. They end up talking for the next 10 minutes.

BARR: He’s from Pittsburgh. He started to share about his life. He had a girlfriend, but that all fell apart. So he just didn’t want to live in Pittsburgh anymore. I said, well, I’m the pastor of Cast Member Church. We’ll do coffee. How’s that? He’s like, yeah, that would be great.

When he isn’t talking with cast members, Barr and his team walk the different theme parks just praying for them. Barr says a lot of Disney World employees are looking for purpose—they intentionally choose to come here thinking they’ll find it.

BARR: Walt Disney used to call them dreamers and doers. They know they’re designed for something…but they want to make a dent in the universe. So we just kind of change it, help them change that compass and, and show them that God gave you that purpose.

Steven Barr says the hardest part of his ministry is saying goodbye. Many Disney employees leave after just 16 months. But that’s also the biggest lesson Barr’s learned here: One moment, one conversation is more than enough to touch somebody’s life.

BARR: So we look at it as however much time we’re given. We are going to pour into these young people and invest in them in a way so that wherever they go they’re going to take what we’ve given them and God will multiply that.