Addicts get a second chance in a Mississippi drug court 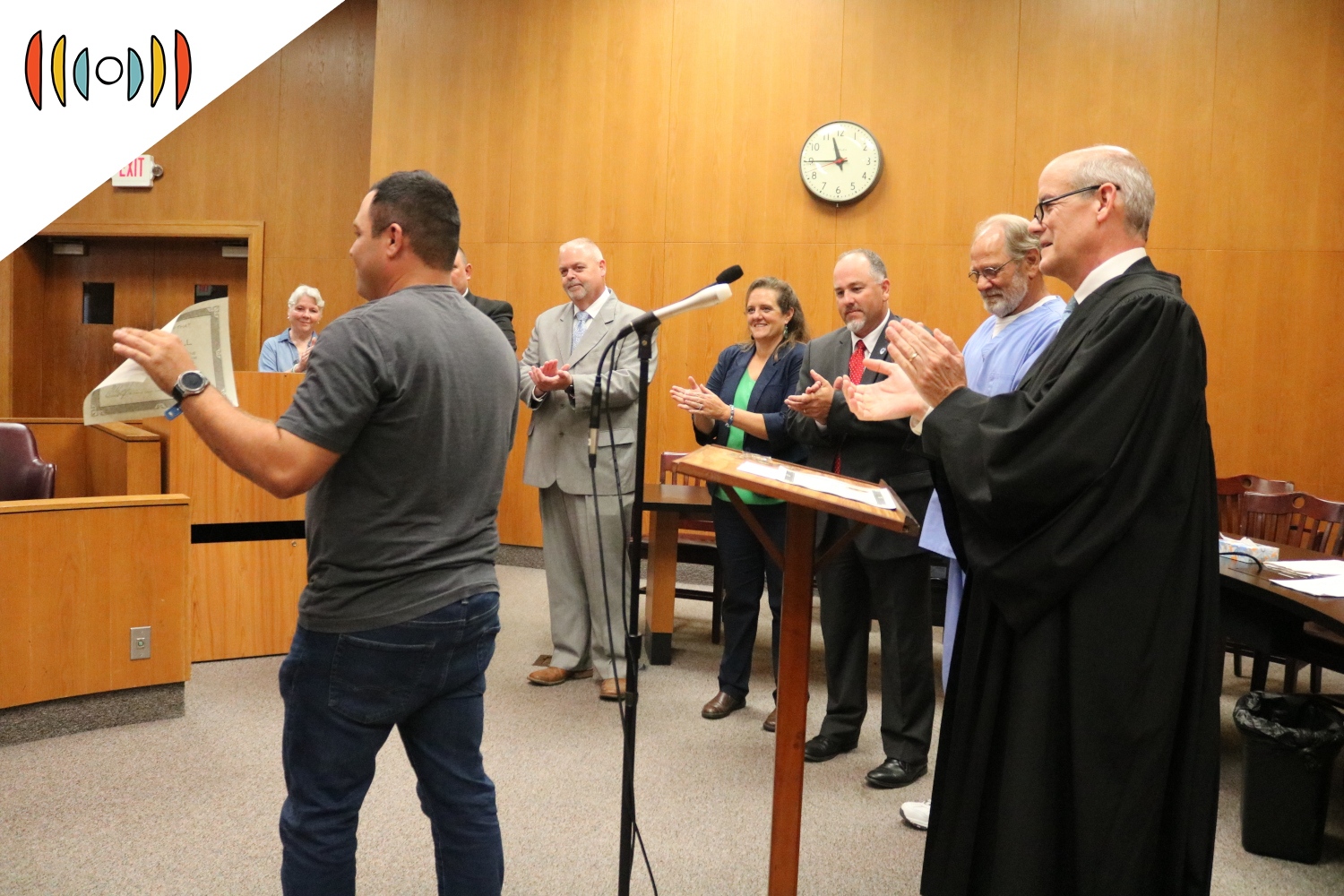 NICK EICHER, HOST: Today is Wednesday, September 1st. Thank you for turning to WORLD Radio to help start your day.

MARY REICHARD, HOST: And I’m Mary Reichard. Coming next on The World and Everything in It: Drug addiction.

About 1 in 10 Americans has some sort of substance abuse problem, and the connection to crime is undeniable.

Treatment courts are a proven means of leading addicts out of the justice system and into lives of recovery and stability.

EICHER: WORLD Senior Correspondent Kim Henderson recently studied drug courts up close for an article in the current issue of our sister publication, WORLD Magazine. She brings us this report.

MAN: I was, you know, using marijuana heavily . . .
MAN: I was addicted to methamphetamines.
WOMAN: Crystal meth.
RACHEL: After she was born, that’s when I got introduced to crack cocaine. I was 20. Yeah 20.
MAN: My addiction was marijauna and hallucinogenic drugs—mushrooms, acid, LSD, and dimethyltryptamine was the last one.
WOMAN: Started out with pain pills years ago, and then ended up with meth. . . I was using a needle and shooting up, hiding it from everyone . . .

And that’s pretty much the story of everyone standing here in line at the 14 Circuit drug court in McComb, Mississippi.

They were addicted, tried to hide it, and got caught. 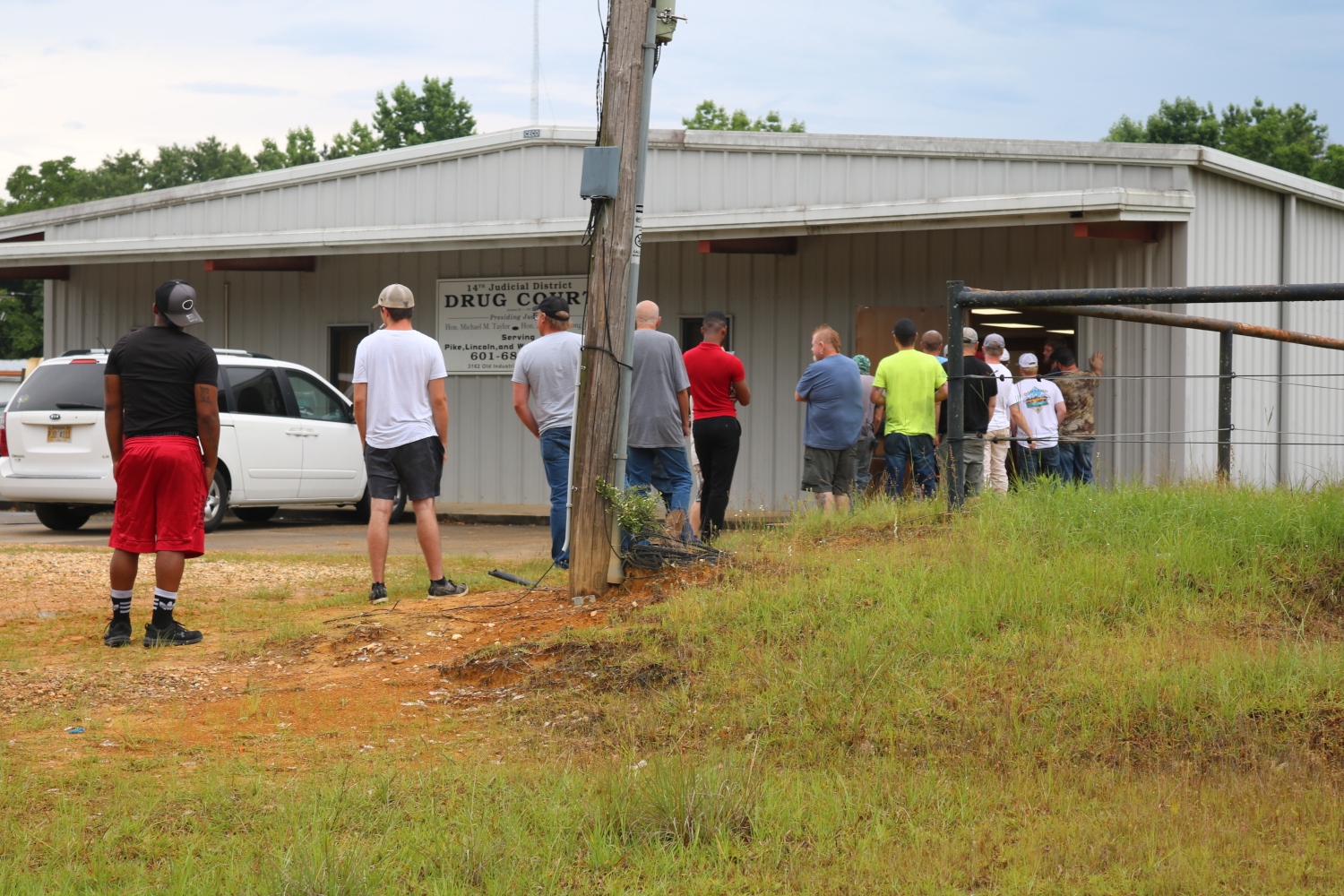 Drug court is really a program, not a place. They vary in how they operate, but here, the drill goes like this. An addict gets arrested for a non-violent felony. They offer the offender the chance to get out of jail and get treatment through drug court. They’ll have to work a job, pay their fines, attend weekly court dates, take part in group therapy. But they get to stay out of jail while they’re doing it. And if they complete the four treatment phases, their felony will be expunged. And in the best cases, participants kick their habits. Long term sobriety is the goal.

Every day at 4 o’clock—truly every day—participants listen to a recorded message. It tells them if they must report for a drug test that evening.

This night, it’s a go. Drug court participants arrive at the offices of the program and prepare to give urine samples. Probation officers keep the line moving.

That’s Drug Court Coordinator John Douglas. At 47, he’s had a long career in law enforcement, and every bit of it has involved drugs. Keeping them off the streets. Catching dealers. And now, rehabilitating addicts.

DOUGLAS: This system of racks over here with the test tubes, advances the sample, and then there's a barcode reader . . . 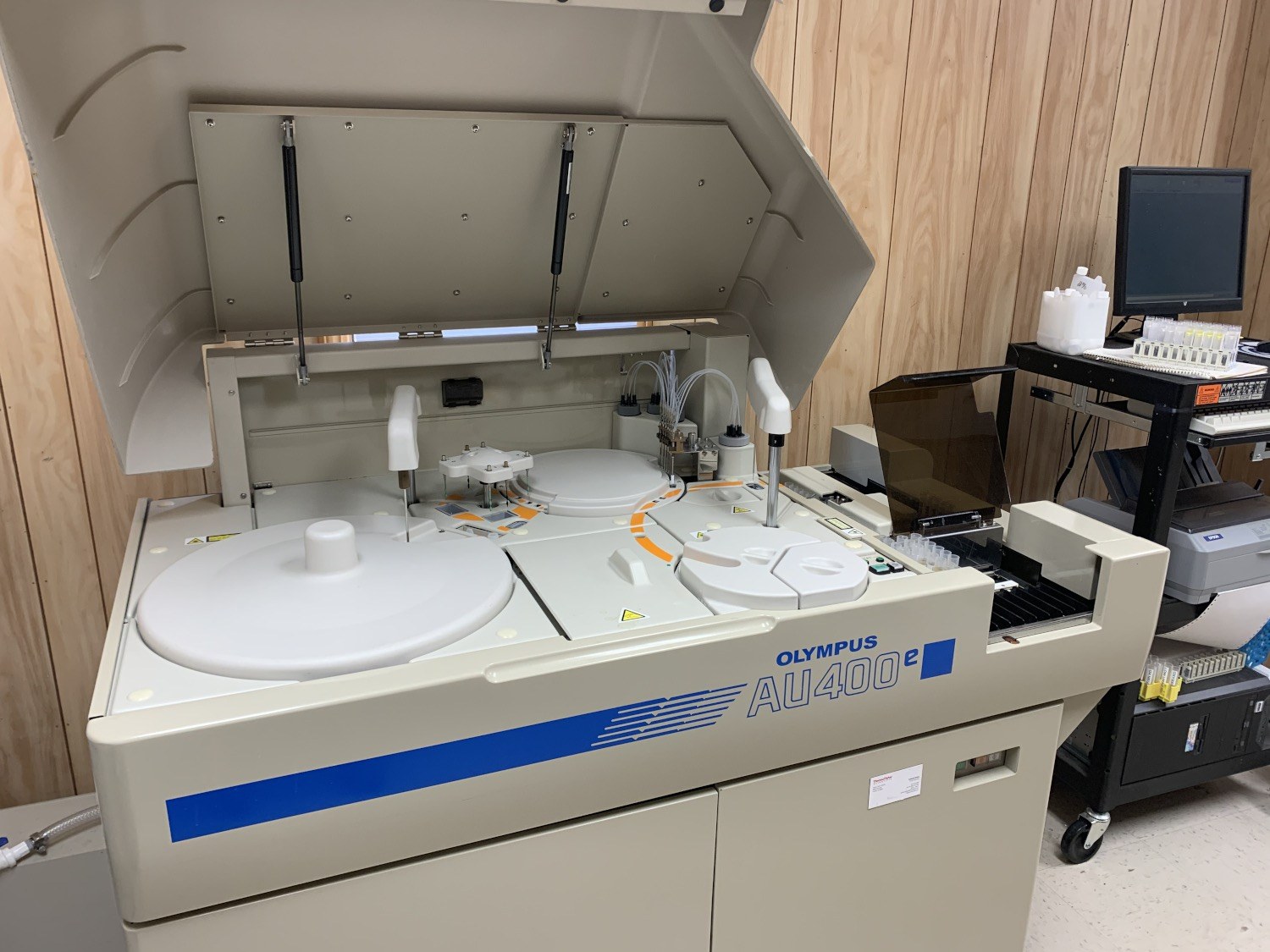 Part of Douglas’ job involves screening. They have an impressive machine that hums and rattles and performs close to 10,000 drug test panels each month. They’ll test for about 10 drugs tonight, and within 15 minutes, they’ll know if any samples test “hot.”

Helping someone beat a drug addiction takes time, money, human resources. Douglas points out the stakes are incredibly high. Recently he was processing a young man to begin drug court the next day.

DOUGLAS: He got a stimulus check, and that night he cashed that check and he went and spent it on heroin and he overdosed and he died. And he never got to be in drug court. 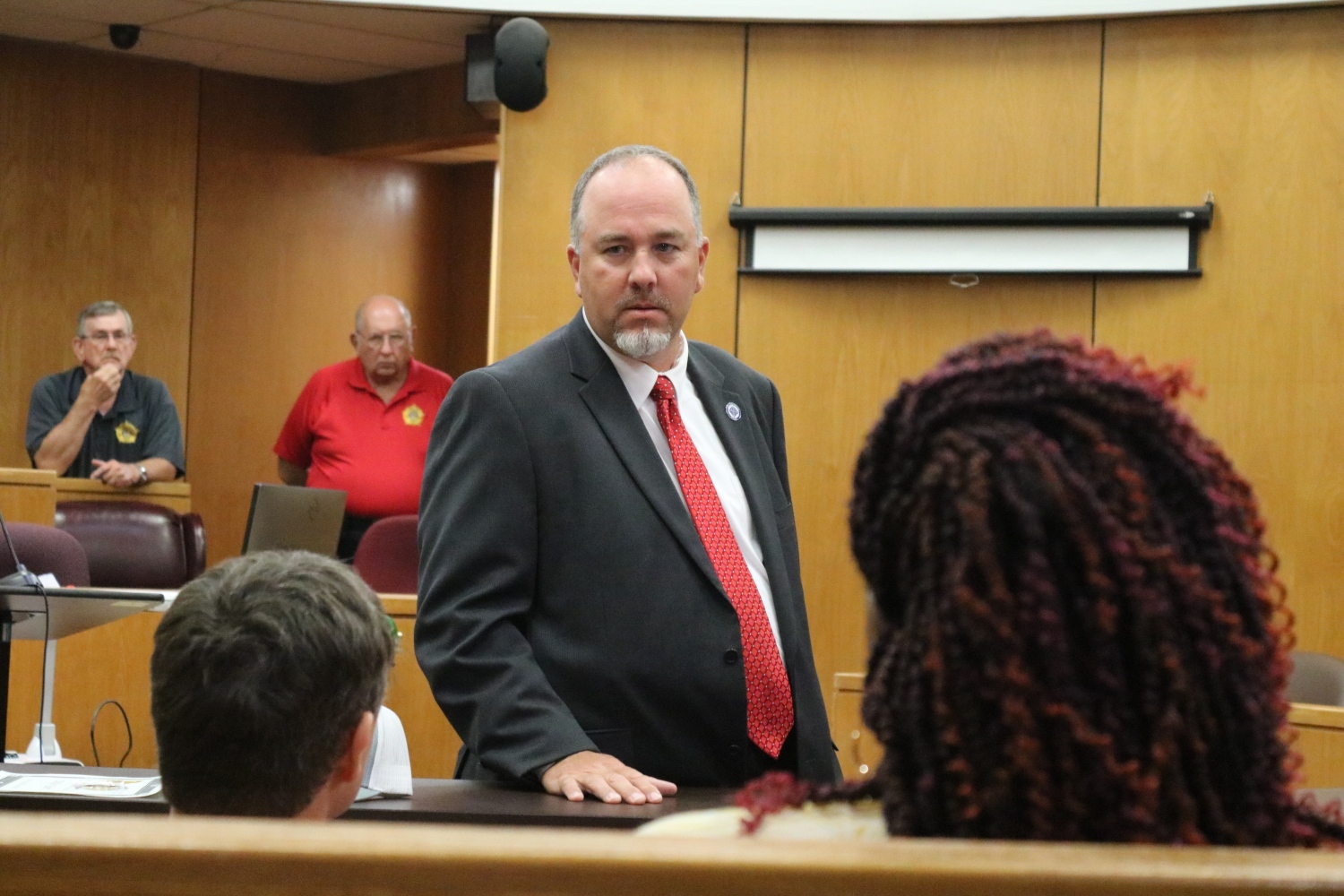 Douglas acknowledges the drug problem is epidemic. Their program is funded for 200 participants. They're currently running at 120 percent capacity.

Rachel Williams is on their rolls.

WILLIAMS: Marijuana is a gateway drug. It leads you to other drugs, more, you know, more harder drugs.

Which is exactly what happened to Williams.

WILLIAMS: I did my first hard drug when I was 19—cocaine.

That one experience hooked her. And later landed her in jail. She opted for drug court.

BAILIFF: All rise. The drug court of Lincoln County is now in session . . . 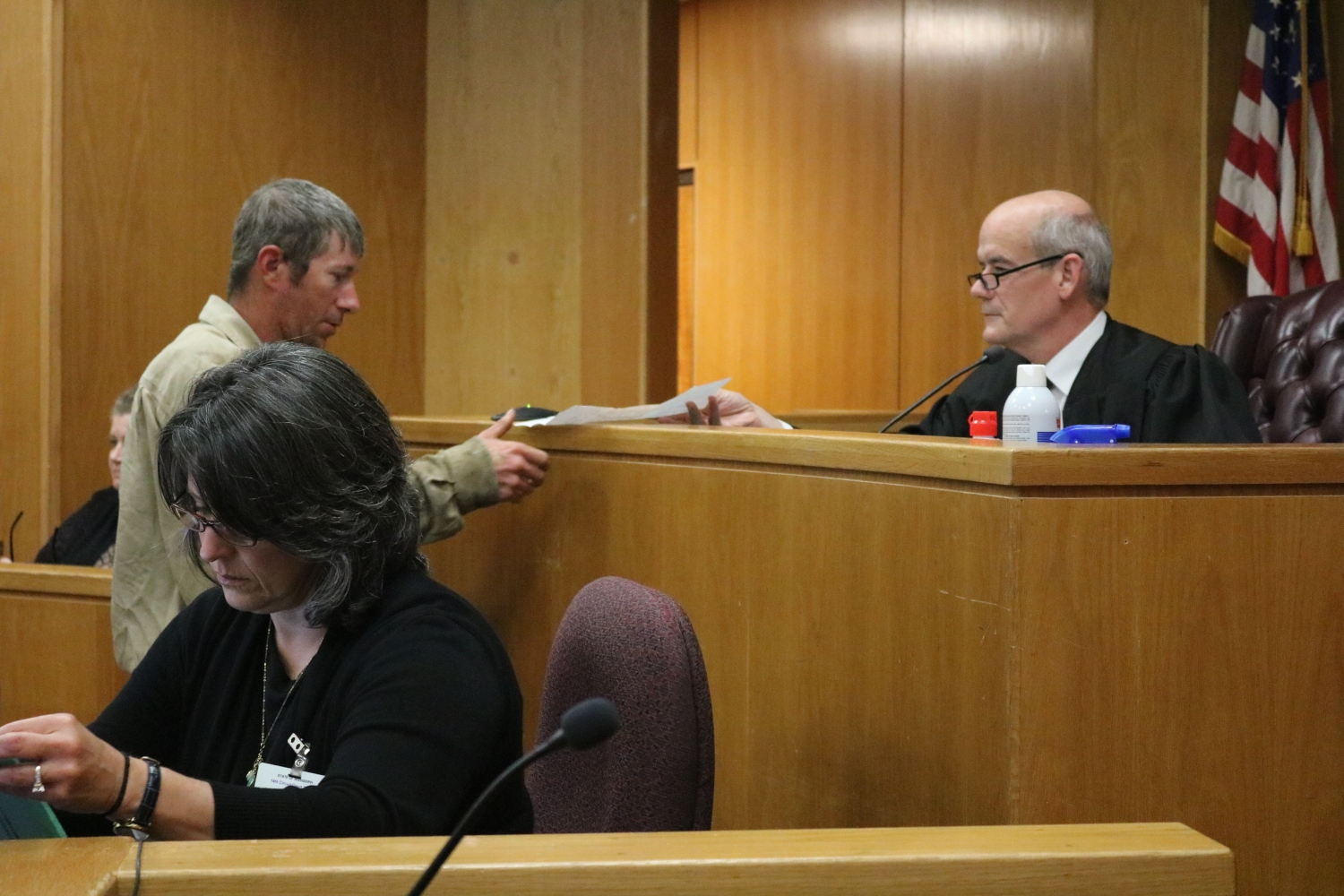 Douglas acknowledges the drug problem is epidemic. Their program is funded for 200 participants. They're currently running at 120 percent capacity.

Rachel Williams is on their rolls.

WILLIAMS: Marijuana is a gateway drug. It leads you to other drugs, more, you know, more harder drugs.

Which is exactly what happened to Williams.

WILLIAMS: I did my first hard drug when I was 19—cocaine.

That one experience hooked her. And later landed her in jail. She opted for drug court.

BAILIFF: All rise. The drug court of Lincoln County is now in session . . .

On Monday mornings, participants like Williams come to their local courthouse for a one-on-one with Judge Mike Taylor. They have to prove they’re attending an approved form of therapy. That they’re working a job, passing their drug tests, and fulfilling other program requirements.

A woman approaches the bench, and the judge asks if she’s paid her fines. In another instance, the judge gives praise where praise is due.

JUDGE: Mr. Middleton made nine months clean. Let’s give him a hand . . . (applause)

Participants average about four years in this program. That’s a drawback for some would-be participants and for many states … that cap funding for their drug courts at 18 months.

But Judge Taylor thinks the length of treatment is key.

TAYLOR: If all we do is keep them sober for 18 months or two years, that's a good thing. That's not a bad thing. That's a huge accomplishment. But we're right back where we started. And what this is designed to do is to break that cycle.

Lots of participants fail at breaking the cycle. But some succeed.

Back at the office, John Douglas considers a question about how we’re doing in the war against drugs. He has a good comeback.

DOUGLAS: I don't know. I know where we're at on the war against drugs with Rachel Williams. She graduates Monday.