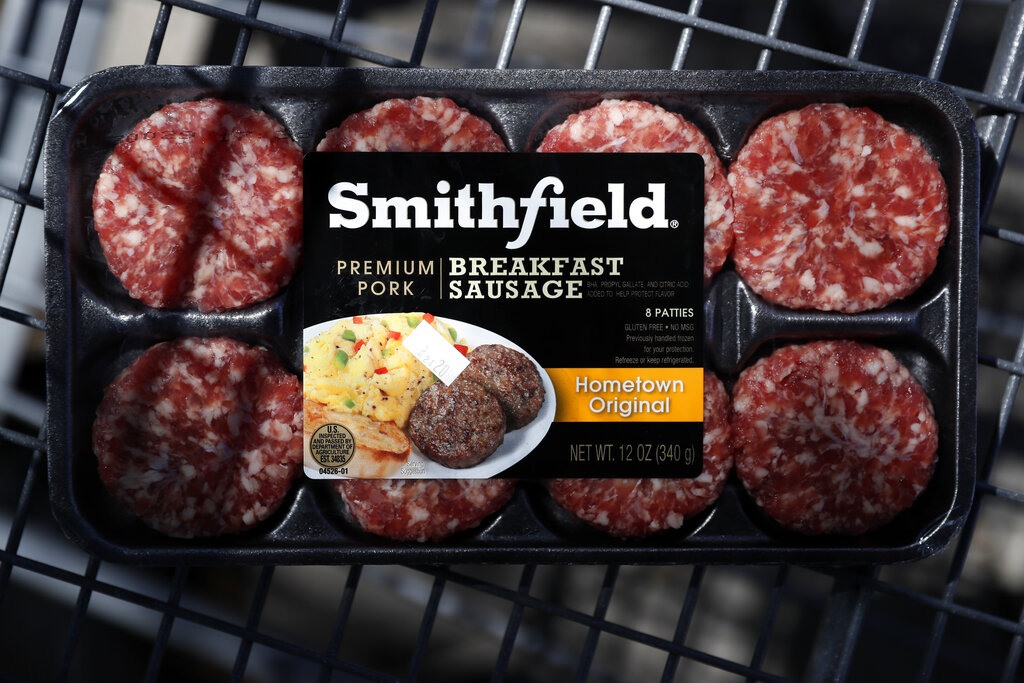 NICK EICHER, HOST: Coming up next on The World and Everything in It: meeting spiritual needs for those who process our food.

Throughout April and as the coronavirus spread among workers, meat-packing companies closed more than two dozen processing plants. The Smithfield Foods pork plant in Sioux Falls, South Dakota, was one of them.

The company shut it down three weeks ago after 80 workers tested positive.

MEGAN BASHAM, HOST: The plant is now one of the largest virus hotspots in the country. Nearly 800 employees are infected. And most of Smithfield’s workers don’t have much of a financial cushion.

WORLD reporter Sarah Schweinsberg now on how some local churches are helping them make ends meet.

SARAH SCHWEINSBERG, REPORTER: This is not the first crisis Claude Tambatamba and his wife Jolie have been through.

CLAUDE: We left our country Congo because of war.

The Democratic Republic of the Congo has been mired in tribal conflicts for decades. Militants kidnapped Claude twice.

CLAUDE: I was being really tortured a lot. Without clothes, without food, it was a bad condition.

After the second kidnapping, the family fled to Kenya. In 2014, they came to the United States as refugees and settled in Sioux Falls, South Dakota.

They found work and started a church. Claude has two jobs. One as an interpreter at Lutheran Social Services. And his wife, Jolie, works at the Smithfield Pork Plant. Her job is to trim the skin off of meat.

It’s hard work, and Claude says he didn’t want her to do it. But Jolie insisted.

CLAUDE: Cause they pay good check, that good money. [Laughs]

Jolie and eight others in their church worked at the plant. When it closed, they all took a financial hit. Thankfully, none of them have tested positive for the virus.

Smithfield paid employees partial wages for two weeks after the closure. But Claude says families in his church are still struggling financially. Other family members have also lost jobs at other businesses.

Claude spends his days calling each family in his church, asking about needs and praying with them. His church has been able to help families buy groceries, medicines and cleaning supplies, but next month many of them will need help paying rent.

CLAUDE: In one family there is three people who worked in Smithfield. All of them, they don’t work.

BEKELE: We are about 50 members. I think over half of our church members, they work at Smithfield.

Bekele says many of the people who worked in the plant are struggling with fear of the virus. Especially because language barriers make it difficult for them to read the latest news and educate themselves.

BEKELE: The virus is about dying. For example if I tell you about One of my church member right now, she has five children, and they are growing. And then she was tested positive and she has to quarantine herself in her room. And she used to be the leader, providing and working hard… and now she has fear of dying. If she die what could happen to her mom and children.

Bekele calls this woman in his congregation daily to pray and provide words of hope. He also posts encouraging messages for his church on Zoom.

So far, with Smithfield’s partial pay, Bekele says people in his church are doing OK financially.

BEKELE: At this point, our church is OK but from now onward we may not enough resource to keep up with church and support.

Both pastors are reaching out to other churches for help. So far they’ve both received $25-hundred dollars from other churches in their Mennonite Brethren denomination with more money on the way.

ESHBAUGH: For some of our immigrant groups, our families, they are experiencing a little bit of confusion about how to access some of the resources available through our government. In some ways they are not as able to connect with technology. So they’re kind of struggling quite a bit, and I think about our responsibility to take care of those in our land and our responsibility to our fellow Christian.

But as of yesterday, it’s not clear when the Smithfield Foods plant could reopen.

Claude says when the plant does reopen he wants more health protections for his wife and other workers, including social distancing on the meat lines.

While there are so many financial and health uncertainties, Claude says God has never let his family down before. Why would this time be any different?

CLAUDE: I trust God is Provider. God is our provider Dad.

(AP Photo/Charlie Neibergall) In this April 14, 2020, photo, a package of Smithfield Foods breakfast sausage sits in a shopping cart outside of a local grocery story, in Des Moines, Iowa.