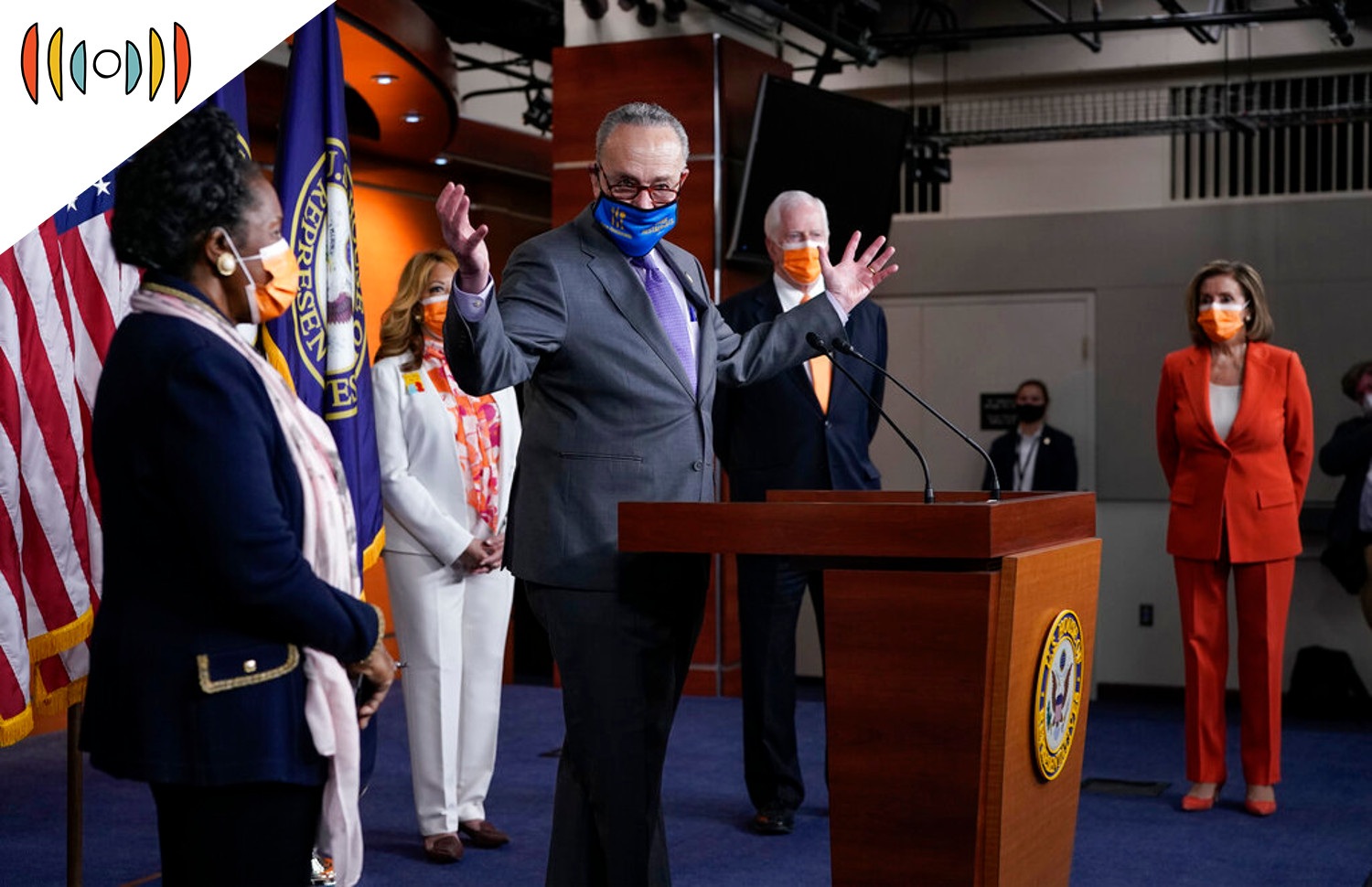 You’re listening to World Radio and we’re so glad you are! Good morning, I’m Mary Reichard.

First up on The World and Everything in It: gun control.

In the last month, mass shootings have rocked communities on opposite sides of the country.

On March 16th, a man in Atlanta stormed into three spas and shot and killed eight people. A week after that, a man in Boulder, Colorado, opened fire in a supermarket and killed 10.

Democrats have used these high-profile crimes to renew calls for gun-control laws they say will reduce them. WORLD’s Sarah Schweinsberg reports.

SARAH SCHWEINSBERG, REPORTER: On a Saturday morning in Denver last June, Isabella Thallas and her boyfriend took his dog for a walk.

When the dog stopped to defecate on a public sidewalk outside an apartment, a man came outside and confronted the couple.

Then he went back inside, grabbed an AK-47 and aimed it through a window at them. He allegedly shot and killed Isabella Thallas and seriously injured her boyfriend.

Isabella Thallas’s mother, Ana, says she was supposed to meet up with Isabella later that morning.

THALLAS: And I was going to give her her birthday present. And that was my last communication with Isabella.

Police said the gunman obtained his weapon illegally. He’d stolen it from a friend: a Denver police officer.

In the wake of the tragedy, Thallas lobbied for a bill that would require Colorado gun owners to report a lost or stolen firearm within five days of it disappearing.

If they don’t, gun owners could face fines and a misdemeanor charge.

THALLAS: This just gives us a sense of accountability, responsibility, and repercussion.

In the midst of events like Isabella Thallas’s murder and the Atlanta and Boulder shootings, Democrats on Capitol Hill argue the nation as a whole needs stricter gun laws, not just individual states.

A dozen blue states like Colorado have already expanded background checks for gun purchases. Another 19 states have “Red Flag Laws.” Those allow police, family members, or medical professionals to petition a court to temporarily take weapons away from a troubled person.

Pelosi: We respect our Constitution, but we also say that the Constitution talks about well-regulated.

The first is H.R. 1446. It increases the amount of time a licensed firearms dealer has to wait for a customer’s FBI background check before selling a gun.

Right now, a dealer can sell a gun after three days if the FBI doesn’t get them a finished background check before then. H.R. 1446 would extend that wait time indefinitely, although it stipulates the FBI is supposed to return the background check within 10 days.

The second bill is H.R. 8. It would expand background checks by requiring all sales to go through a licensed gun dealer who can run background checks. Any private sale between neighbors, coworkers, or friends would be illegal.

Hinson: I think we can all agree guns should not be allowed to fall into the wrong hands, but these bills do nothing to stop the bad guys from illegally purchasing guns to reduce gun violence meaningfully.

Last year, gun violence fatalities accounted for just over 1 percent of all deaths in the United States. More than half of those deaths were suicides. The other half were attributed to homicides or accidents.

Amy Swearer is a scholar at the Heritage Foundation. She says criminals go around legal ways of getting weapons. Gun laws should focus on cutting off those routes instead of broadly addressing all gun owners.

SWEARER: Statistically, when you look at gun crime in most major cities, especially, it’s a small number of repeat offenders, who keep getting guns through the black market. They’re not getting guns in the same way as law abiding citizens. And so you have to address it in a very different way. You can focus on violence prevention programs, you can focus on, you know, prosecuting illegal gun sales and illegal gun activity. It’s getting at some of those root causes, things like H.R. 8 simply aren’t doing.

Christopher Butler is a pastor at the Chicago Embassy Church. He argues for more gun control laws.

But he agrees there are many root issues contributing to gun violence, especially spiritual and societal problems exaggerated after a year of lockdowns and racial strife.

BUTLER: You now have a situation where folks are no longer in school, even some of the service industry jobs that a lot of people had, those were gone. Then you had the issue of police violence, which complicated the capacity of the police to engage. So all these things were happening in 2020. Those problems are real. And gun violence is just one manifestation of that.

Christopher Butler says when people feel hopeless, wielding a weapon can seem like a solution.

Senate Majority Leader Chuck Shumer has vowed to bring the House legislation to the Senate floor for a vote. But, right now, it’s unclear whether the bills would win the 10 necessary Republican votes to pass.

At the same time, the Biden administration says it’s crafting a series of executive actions. Those could include a so-called assault weapon ban, expanded background checks, and a ban on self-assembled weapons called “ghost guns.”