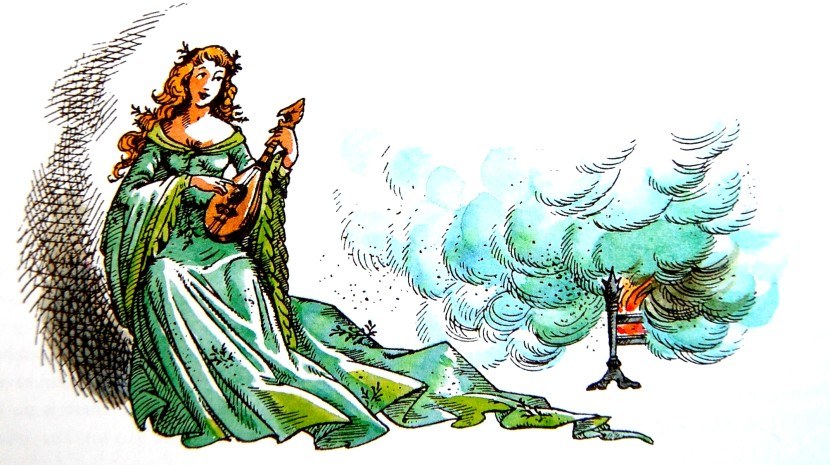 MYRNA BROWN, HOST: Today is Tuesday, July 7th. Good morning! This is The World and Everything in It from listener-supported WORLD Radio. I’m Myrna Brown.

NICK EICHER, HOST: And I’m Nick Eicher. Next up, WORLD editor in chief Marvin Olasky on how the mainstream media make it hard to think.

MARVIN OLASKY, EDITOR IN CHIEF: As my four sons were growing up I used The Chronicles of Narnia for bedtime reading. C.S. Lewis provides dozens of memorable passages. One of the great moments of book four, The Silver Chair, comes when the evil Queen of Underland tries to lull the heroes into sleepiness. The queen’s main tool is a mandolin she plays with “a steady, monotonous thrumming that you didn’t notice after a few minutes. But the less you noticed it, the more it got into your brain and your blood. This also made it hard to think.”

We’ve heard a similar kind of thrumming for years now from big liberal publications. They make it hard to think. There’s a lot to like about President Trump but also a lot to criticize, so I don’t blame them for criticism: I blame them for having a double standard. For example, remember when a White House leaker let reporters know that President Bill Clinton was using the famed Lincoln Bedroom in the White House as an enticement to big donors: Donate $100,000 or more, get a night? Imagine the attacks if Trump did that!

But a Washington Post reporter told Clinton he was surprised that “anybody would begrudge somebody having guests in their own house.”

Compare the treatment of President Obama and President Trump. To Time magazine’s Joe Klein, Barack Obama was “the political equivalent of a rainbow… inspiring awe and ecstasy.” ABC’s Lara Spencer called Obama “a baby whisperer.” She showed film of the Obamas with a baby: “Watch as the First Lady tries to quiet down the fussy little friend. . . . She then hands the bawling baby to the big man and, presto, the tot is simply transfixed.” Reporters were also transfixed. Thrum, thrum.

I used to write a column once a year quoting big media silliness. Now I’ve stopped: It’s just too easy. But I need to say a goodbye to the journalist I quoted most often, MSNBC’s Chris Matthews. He retired in March. He gained notoriety in 2008 for describing what he felt whenever Obama spoke: “this thrill going up my leg.”

Matthews came to mind as we learned more about the Chinese regime’s responsibility for covering up the coronavirus epidemic. Matthews once turned a U.S. train derailment into an advertisement for dictatorship. Matthew said, “In communist countries like China, they just draw a straight line, whether it goes through your house or not. [Amtrak] doesn’t go in a straight line. In this case, it tried to make a turn and turned over, because there’s so many turns on that route. How do you get rid of the turns?”

The answer is obvious: stick in prison anyone who gets in the Communist Party’s way. But Matthews didn’t touch ground-level reality. Like the Queen of the Underland, his non-retired colleagues keep playing the mandolin.